For those that listen to this podcast and our radio broadcast, you know I’ve been preaching about the “end times” for several years now. How we can tell it is getting closer and closer just by watching the news on television every night.

Between the chaos, the climate, the wars and rumors of wars, we also have scientific development that has the ability to wipe out the human race through pandemics, etc. and through the use of technology.

Our guest today has written several books that will shake you awake and realize just how a precarious situation we are living in right now. His first was “The Curse of Cortes,” followed by “Swarm: Artificial Intelligence Decodes End Time Prophecies.” And the most recent book is titled, “The Last Ark: Lost Secrets of Qumran.”

In his books, Guy Morris, blends real life technological advances and real life situations we are facing with religious research with current events and then adds in artificial intelligence scenarios that will have you on the edge of your seat! Amen!

Guy Morris has multiple degrees and over 36 years of leadership experience at companies like IBM, Oracle and Microsoft. He is proven thought leader in adapting advanced technologies and implementing complex IT applications. His success stories range from designing a macro-economic model that out-performed the Federal Reserve and all major banks, to building world-wide high performance teams to innovating early Artificial Intelligence systems technology.  He is also a Disney published composer, a musician with multiple CD’s, a researcher of history and prophecy as well as an author of Artificial Intelligence, espionage, religious, political and history thrillers.

In part one, Guy Morris discussed his background and presented the premise for these books on end time scenarios. This is part two of a great three part interview!

I’ve seen some videos where an AI robot or whatever is talking and answering questions with actual people…and the AI actually says something to the effect that, if it was necessary for its (the AI’s) survival, they will lie to protect themselves. Was this just make up for the video or does AI have the ability to interpret measures taken by humans as a threat to its existence and “lie” to protect itself?

Does Artificial Intelligence pose a risk to everyday Americans, or people around the world for that matter, as to hacking our accounts or identity theft?

Jesus said that in the end times, in Matthew 24:22, that “unless those days be shortened, there should no flesh be saved: for the elect’s sake, those days shall be shortened…”

You share on your website a question, “What if prophecy IS NOT about how God will destroy humanity, but how humanity will destroy itself?”  Explain that for us in light of what we have been discussing today and how the probability of AI getting out of control and possibly destroying humanity, etc.

So, prophecy is basically the “alarm clock” for humanity?

Before we get ready to close, I want to talk about two books you’ve written, two in a series titled “SNO Chronicles.”  What does “SNO” stand for?

Folks, as I stated at the beginning, there is absolutely no way an person with any spiritual insight at all could deny that we are living in the last of the last days. How close are we to the actual last days, is anybody’s guess, but it’s close. Very close.

You need to drop down into the show notes and click the link to visit Guy Morris’ website. The information on there is riveting, to say the least.

Be sure to click the links to order his great books, “Swarm” and “The Last Ark.” These books are riveting and are guaranteed to hold your attention and make you think.

Be sure to come back for part three of this great interview! 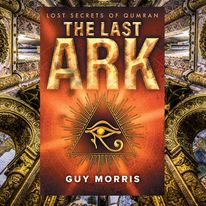 Book:
“The Curse of Cortes - An Abandoned Billion Dollar Plunder” 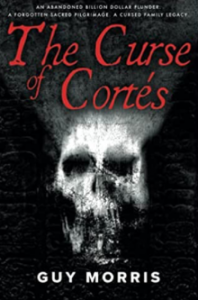