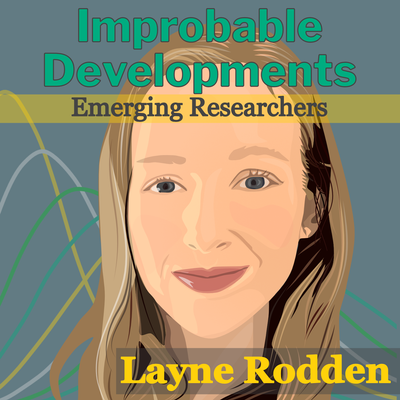 We are excited to introduce our Emerging Researcher Series. Over the next 4 months, we will be talking to some people who are at various stages in their education. Each of them is excited about the research they are doing now and are looking forward to promising futures.  We thought it would be interesting to hear what motivated them to pursue science and what they have learned so far. We also thought this would be a great way to showcase some diamonds in the rough.

Our first emerging researcher is Layne Rodden who is studying for her Ph.D. at the University of Oklahoma Health Science Center under the mentorship of Dr. Sanjay Bidichandani. Layne is currently looking at the contribution of DNA-methylation to the silencing of the frataxin gene in Friedreich’s Ataxia.  Layne has a unique ability to communicate about the science she is doing to non-scientists.

Layne hopes to earn her Ph.D. in early 2021 and begin looking for her first “real job.” She has a curious mind and is open to many different possibilities. Hearing her talk about this crossroads will throw you right back to those times when you were about to take the leap into a new chapter.

If you would like to connect with Layne, you can reach her at layne-rodden@ouhsc.edu.  You should follow her on LinkedIn linkedin.com/in/layne-rodden-57877b74