WHAT Are Rare Breeds and WHY are They Rare 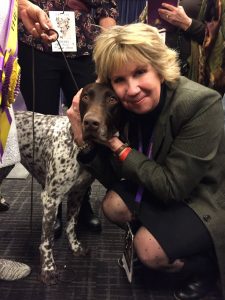 Susi Szeremy, founder of National Purebred Dog Day, joins host Laura Reeves to talk rare breeds, the #NPDD Photo Contest and celebrating our purebred dogs on May 1. Enjoy this excerpt of our fun and fascinating conversation. Click the play button to hear all the details in the podcast.

“What is a rare breed and why is it rare,” Szeremy asks. “I suppose that rareness is determined by our experiences … I recently observed that if you and I have never seen an example of a breed, given all of our travels at dog shows, it's either because it really is a very rare breed or it's a working breed that hasn't experienced a push for recognition amongst more established registries.

Low Numbers or No Exposure

“For example, there is a Blue Lacy. There is a kelpie. I've not seen either of them because they don't belong to any registry that I'm aware of. There's not a push to get them recognized, but it doesn't mean they don't exist. In fact, the Blue Lacy is the state dog for Texas. It’s a very cool dog, named after the Lacy family, not because it's like blue lace, but it is a wicked working dog and so is the Kelpie. Unless I hightail it down to Texas or Australia, I'm unlikely to see either of these dogs anytime soon. Conversely, I find it interesting that just four years ago the AKC put out an article entitled ‘11 rare dog breeds you never knew existed’ … I know I've seen every one of those breeds. They are considered rare according to this article. What I consider rare is something that I've never seen.

“I think it's a perfect storm of different elements. Now, I make a distinction between what breeds are vulnerable in the UK and what breeds are vulnerable here. In the UK, there are 13 breeds that are coming in at 100 registrations as of 2019. That is in their country of origin. That's how they make it on that list, if that was their country of origin and they have fewer than 300 registrations each year, in the UK they are considered a dog that cannot sustain itself moving forward unless they get over that 300 mark. And there's 13 of them. I think the worst number that I saw in 2019 belonged to the Irish red and white setter and that only had 39. The Otterhound, I think surprisingly, came up a little better at 44. But worldwide there's maybe 800 Otterhounds, which I don't understand because it is a scruffy wonderful dog. Yeah, we don't hunt otters anymore, but in my opinion an Otterhound can be repurposed… to track and trail.

Too much Choice or No Choice...

“So far as why I think this is happening to some breeds, I think among the reasons is too much choice and no choice. Let me explain. We're getting more and more breeds known to the public. So there's more choices for them to pick from if they go to a breeder. However, the adopt don’t shop and rescue world has had its impact. So if you're vulnerable to feeling the guilt that you must adopt and you must rescue then your choices are very limited because I don't think you're probably going to find a rescue Azawakh.

“I think size is not all of it because I think a lot of people are inclined to say 'well the dogs are very big and people don't want big dogs anymore.' Yet the King Charles spaniel, 93 dogs in the UK last year were registered, and that's a small dog. It's a marvelous dog. I think the culture has changed as well. We are living in more urban settings. We’re closer together, so a hound that bays is probably not going to be appreciated by our neighbor.

“We don't hunt as much … so we have less land … we live on less land and there is less land available to people to hunt on. People I think are vulnerable, if they don't do their homework, they see a dog on TV or in the movies that they fall in love with because the dog has a character. The character’s portrayed as having a quirky personality. People fall in love with that personality, not necessarily thinking or realizing that that may be a character written in but the actual breed itself comes with a different set of attributes. If they don't do their homework, they're going to be disappointed.”