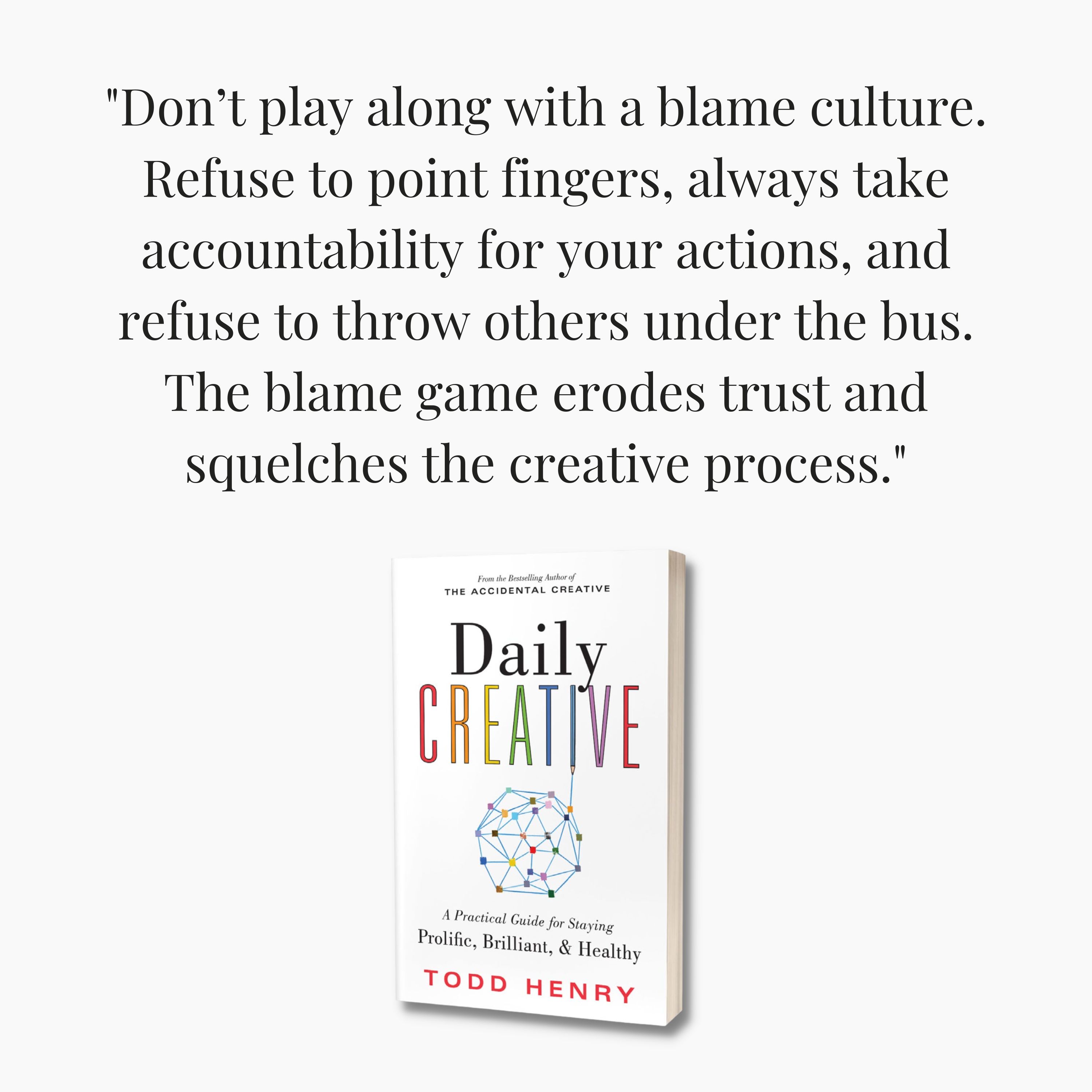 Some creative teams devolve over time into a culture of blame. A few signs that this may have already infiltrated your team include the following:

► A general lack of accountability: If it’s difficult to identify the single point of accountability for delivering a project or if there seems to be ambiguity about responsibilities on the team, it’s possible that some of this is the result of a culture of blame.

► Hesitancy to admit mistakes or frequent attempts to cover them up rather than fix them: Everyone makes mistakes. If your team is really stretching itself to do great work, it will probably make many of them. But mistakes need to be dealt with, not disguised.

► An overall lack of commitment to the excellence of the work or the needs of the client/organization: Some of the most toxic blame shifting is the kind that involves blaming the client or customer for the problems the team is facing. When this happens, it can cause a downshift in the team’s drive to go the extra mile.

► Frequent whispers in the hallway or gossip: These little side conversations are like cracks in a dam. Every one of them erodes the integrity of the team slightly and puts the entire team at risk.

Don’t play along with a blame culture. Refuse to point fingers, always take accountability for your actions, and refuse to throw others under the bus.

The blame game erodes trust and squelches the creative process.

Is there any place where you are pointing fingers rather than assuming responsibility?