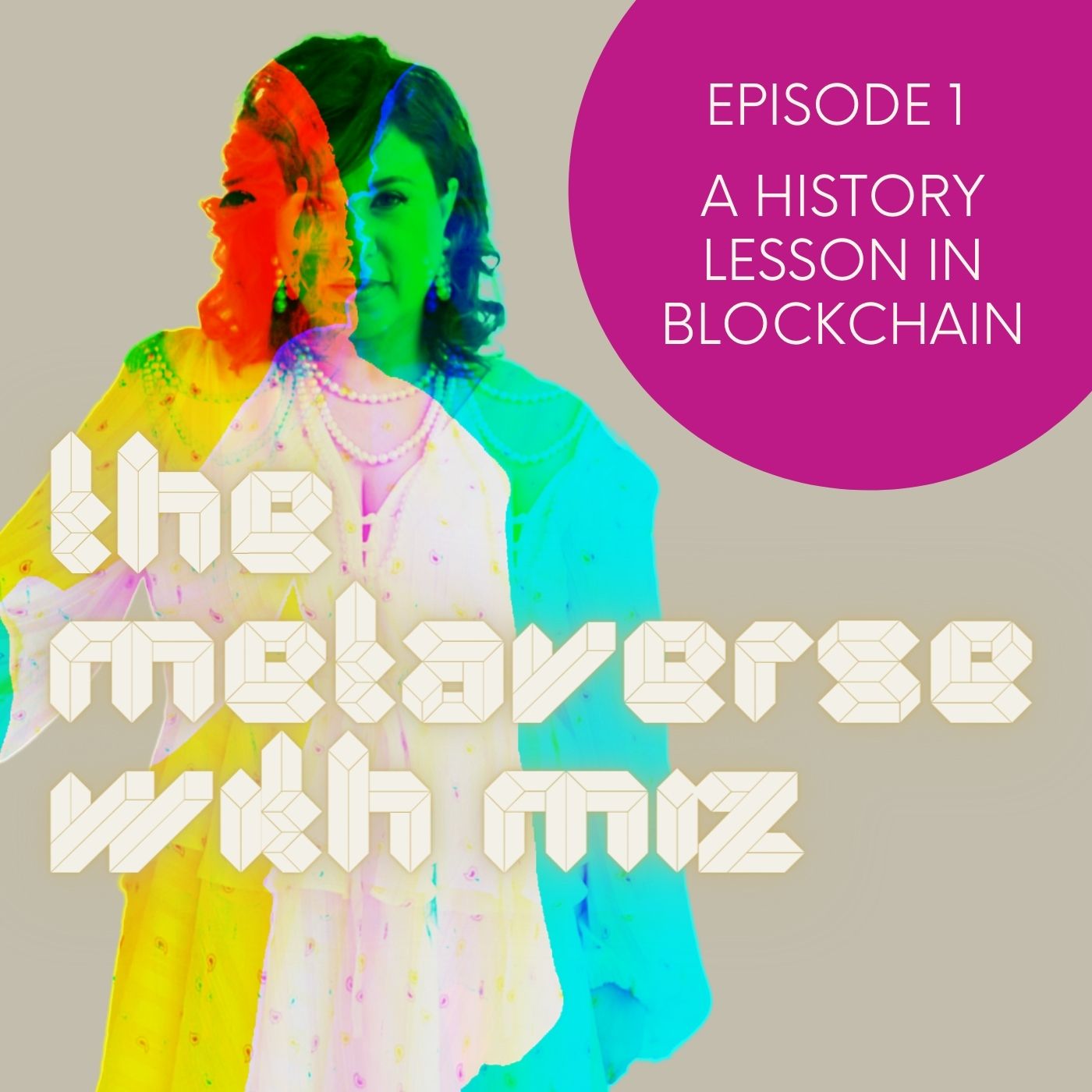 We take you back to the inception of Bitcoin and the blockchain and how Ethereum revolutionised blockchain technology, allowing it to scale.

Episode One - A history in blockchain. Welcome to the first episode. I'm really happy that you are here and ready to embrace the Metaverse like I have. In the Links section of this episode, you will get access to Max Volume's Meet The Metaverse Guide, a resource that I've put together of all the companies and projects that I mentioned throughout this podcast series. It will help you take your exploration into the Metaverse further. This episode is all about blockchain. So let's dive in.

Blockchain is a decentralized technology that was invented in 2008 by an anonymous person or group known as Satoshi Nakamoto in response to the global financial crisis, Satoshi released a white paper in 2008, outlining a vision for a revolutionary concept for a peer-to-peer online payment system that didn't involve any third parties at all. So a third party would be a bank, credit card company or an intermediary like PayPa. It was a new cash system for the people and they call it Bitcoin. They invented an open source code called blockchain to facilitate the transaction of this coin.

Many of you may have heard the term decentralization but may not actually have an understanding of what it is. So let's look at centralized versus decentralized structures. In centralized structures decisions are controlled by one person or board and entity. It is a hierarchical structure. A decentralized structure is flat, and puts the decision making in the hands of many. When it comes to currency, it refers to the ability to transact peer-to-peer without any third party involvement. These programmers were passionate advocates for a decentralized financial system, paving the way for a broader vision for decentralized internet. If any of you know anyone who was an early adopter of Bitcoin, you'll know that they are very, very fanatic about Bitcoin. Because it's not just about the coin, it's about what it represents. And for them, the coin is tied up with the vision for a new way of operating society. So it's a major threat to the existing centralized structures.

Bitcoin was the first coin it was the founding of blockchain. However, it undertook a major development when Russian Canadian programmer Vitalik Buterin realized that there were many limitations to the existing blockchain, he realized that if any cryptocurrency was going to exist and be scalable as a viable form of payment, there needed to be a lot of other applications to its use, for example, a complementary suite of holistic financial services, the ability possibly to borrow and lend - again forgoing the need for centralized banks or entities. So he got to work with a small group of early developers, and they created the Ethereum blockchain, again as an open source code.

The exciting and groundbreaking element of the Ethereum blockchain was its smart contract functionality. So if you think about every transaction that we make, there will always be some kind of contract and legally binding agreement. Ethereum built smart contract technology into its blockchain code, meaning that transactions could be done seamlessly and safely on the blockchain. This was absolutely revolutionary because it meant that any transaction that required an agreement could now be built on the blockchain. If you imagine to yourself just how many institutions organizations and companies require transactions to exist as businesses, it gives you an idea of the scale and potential of blockchain technology. If you then add the encryption on top of it, you can start to see that any information that needs to be held confidentially in an encrypted way from health records to election results to vaccination records. You also start to appreciate just how useful a technology like blockchain is.