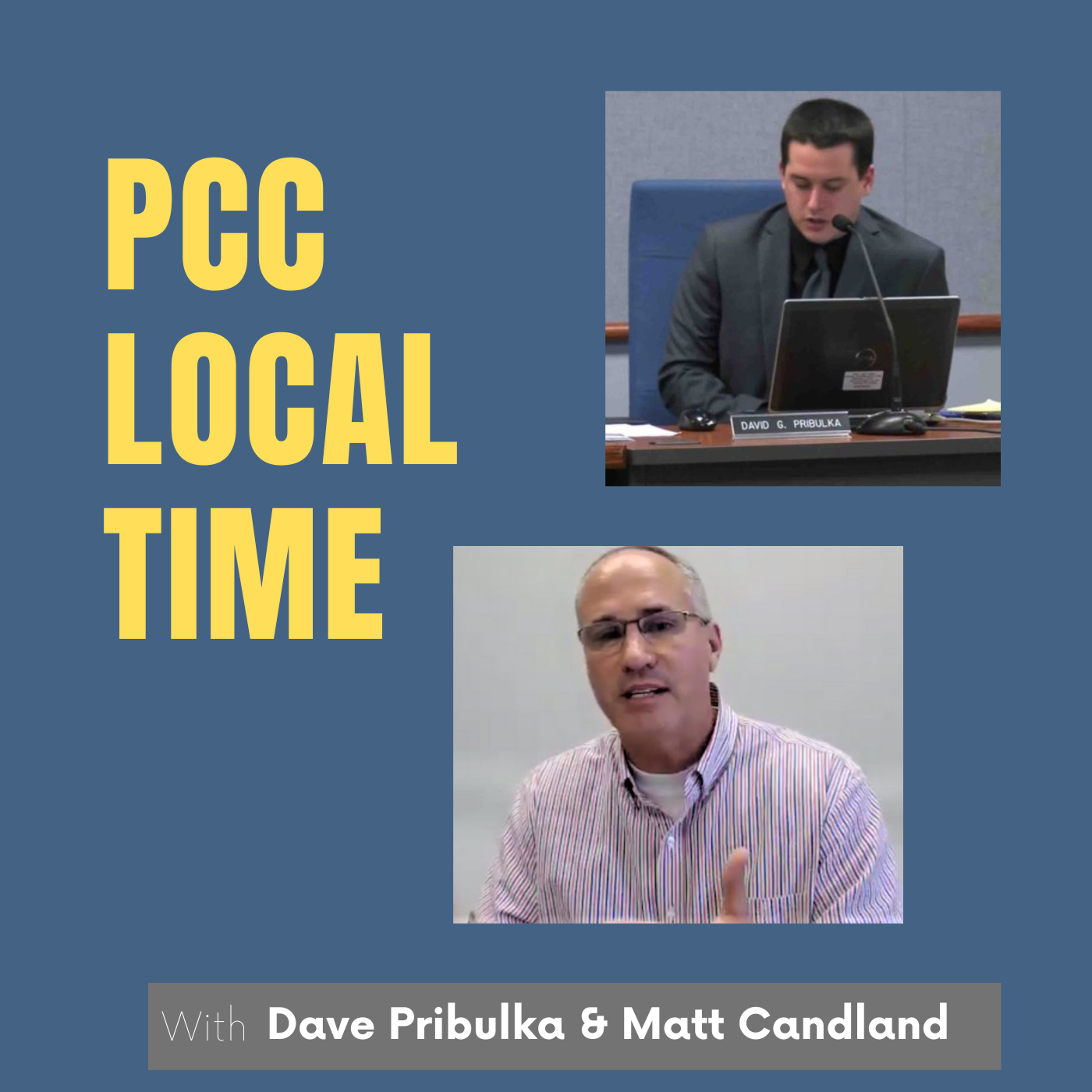 Professional municipal managers think about ethics and in particular the ICMA Code of Ethics which guide their profession. Although the term “neutrality” is never mentioned in the tenets, it is a foundational idea, or shall we say, ideal, in the management of local governments.

Today our guests, Matt Candland and Dave Pribulka, two professional managers, juxatapose their perspectives to give us a clearer picture of how the concept of neutrality plays out (or doesn’t) in real time.

The Pioneering Change Community (PCC) is about informal conversations on evolving ideas in Iocal government management. Learn more about our guests and sign up for our newsletter via the links in the show notes.

[10:05] But you do all that and you look at your board and they look back at you, and they're not sure what to do from there. They, they're looking at you and you're just thinking I don't care what happens right now. An atomic bomb could go off outside this room. I am not gonna be the next one to open my mouth.

[12:16] This reminds me of the interview that Ernie McNeely and I did a few weeks ago, and his advice to young managers was (I'm not gonna get the words exactly right) something like, “don't be afraid to step back and let your elected officials hash it out.”

[13:55] In fact, if you look at my desk right now there's a post-it note that I have right on my monitor. It just says, Shut up and listen….sometimes we feel like we're the, the navigator on the Titanic where you're watching the ship careen towards that iceberg and it's not, you're not at the helm.

[21:49] So I started noticing this about 20 years ago with my kids…And it's this idea of the romanticizing of the activists. Okay….and some of this is right and is correct. But I think we've taken it really far and this idea that each of us needs to be an activist. We need to change the world for the better. Okay. That all sounds very good…Until you take it to its extremes.

[24:38] now anybody has a megaphone as soon as they turn their phones on or as soon as they turn their tablets on. So it's so much easier than it was even just a short time ago. To advocate in whatever space you deem appropriate and have an audience that is quite literally the world stage. So, the people that are in the bullpen right now for management level positions, far and away only know that paradigm.

[28:37] If I were to say gun rights, most people would perceive me to be a Team Red for Team Blue. So, So the point is that the per what is political is so much more broad now than it was even 30 or 40 years ago. So I think it's even more important today to be very careful on how you present yourself, because there's so many trigger words and trigger issues that people have in their minds that informs them where you stand politically… If they do develop that perception of Matt is Team Blue or Matt is Team Red, then to a large extent I just alienated potentially half the population.

[31:34] The very language that we use can send all sorts of messages.

[35:44] So as a manager, you're put into that environment and these elected officials are put into this environment where you're trying to balance very challenging differences in viewpoints and understandings and values and objectives. How do you do that? And so it, I think being elected official is far more difficult today than it was 20 or 30 years ago because you're trying to do something that really has never been done successfully.

[1:05:51] And so, as frustrating as it may be, sometimes the best way to change society is slow and over time. Right. What I tell my board in those contexts is say, Look what good is a law that requires, I don't know, ducks to wear pants.

If the next course of action is gonna be a new board, ousts you, and repeals, the duck pants law. I mean, it's because there's always a reaction and oftentimes in policy making that reaction. It's not like Newton's laws where it's equal and opposite. That reaction is met is a lot more fervent and is a lot more mobilized than the action that precipitated it.

[1:08:48] What is exciting about it is on the bureaucratic side, it's not as sexy as the activist side, but it is just as meaningful and oftentimes more meaningful. So we have to be able, as a profession, as a consortium, either through the Pennsylvania Municipal League or apm. Or ICMA to convey that to the next generation.

[1:11:54] So here you have a job that every day you get to be involved in helping to shape and form and implement all of the great things in your community. You're dealing with police one day and fire the next and planning the next day and water and sewer over. I mean, so it's really. You're exposed to a bunch of different things and every day is different.

So it's an exciting, interesting, stimulating profession that exposes you to a lot of things and you get to all do that maybe in the community you live in. So those are all the pros. I do think that one of the challenges we're dealing with is do we have a culture of activism or a culture of service?

And the thing that scares me to death in the future is if ICMA becomes viewed as red or blue, you're gonna end up having red states say, if I, CMA is viewed as blue, why we wanna go to a strong mayor form, We don't want this council manager form is a Democrat thing or whatever the combin.

So, so the political neutrality, this, the sense of service, this culture of service is necessary for the city manager plan to actually work.