22 – You Have a Voice: Pat Laurans – Power of the AKC Delegate Role 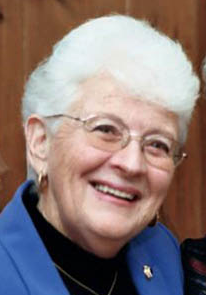 Pat Laurans has been an active and enthusiastic member of the dog show world since 1963. She began as an exhibitor, became an assistant handler and eventually was awarded an AKC All Breed Handler's license. Under the kennel name of Laurwyn she bred and owned German Wirehaired Pointers, including four National Specialty and three Best in Show winners, as well as many Top Producers.

Pat's service to the dog community extends beyond the show ring and whelping box. She has been a Delegate to the American Kennel Club representing the GWPCA since 1980.

Elected to the AKC Board of Directors in 1996, Pat served on the Board Events and Clubs Committee, Board Discipline Review Committee, Board and Staff Junior Showmanship Scholarship Review Committee and as Board Liaison to the Parent Club Committee. As a Board member she proposed the concept of a breeders education program and served as Chair of The Breeder's Education Committee that developed the program and produced the document that the AKC has sent out as a model to all Parent clubs. When she retired from the AKC Board in 2000 she was elected to the AKC Parent Club Committee and then elected by the committee to serve as its Chair. This committee represents all National (Parent) Breed clubs.

She also is vice chairman of the Take the Lead foundation and a founder of the American Dog Show Judges Association. A longtime advocate of Junior Showmanship, Pat has been active in the AKC Junior Scholarship program since 1996.

An AKC licensed judge since 1982, Pat is approved to judge Best in Show, Sporting, Hound, Working and Herding Groups; most of the toy group and juniors . She has judged throughout the United States and in Australia, England (the GWP National and the Working Group show), Ireland, Japan, Puerto Rico and Venezuela. She has also judged numerous National Specialties and at the Westminster Kennel Club 11 times.