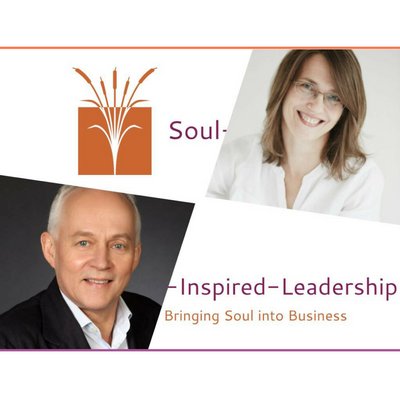 Crucible leadership, its about the ‘who’ not the ‘what’… special guest Warwick Fairfax

Warwick Fairfax is the founder of Crucible leadership. The firm guides leaders and companies in turning business and personal failures into the fuel for igniting a life of significance.

Fairfax was only 26 and a fifth-generation heir to the media empire bearing his family name. He led and lost a multibillion-dollar public takeover bid resulting in company founded, by his great-great-grandfather, slipping away from family control after a hundred fifty years. This incident led him to examine not only his shortcomings and losses but also his life principles.

How did you find yourself at that that moment after it all fell over?

My dad died an early ’87. He was in his 80s at the time and launched a $2 billion takeover to ostensibly bring the company back to the ideals it was founded on. Things went wrong from the start. Other family members sold out in the Oct. ‘87 stock market crash. By the end of ‘87 we had an unsustainable level of debt. Australia got into a recession at the end of 1990 and the company went under.

The question then was what am I going to now? A former media Moghul who is unemployable. Ironically, my faith helped. From my perspective, I believe God loves us unconditionally. He doesn't need stuff from us. I think, we're all I created beings and so we have intrinsic worth in ourselves. That's an important Paradigm for me. Having a loving wife and kids helped tremendously.

Little by little I was able to do things. I got a job at a local Aviation Services Company in Maryland doing financial and business analysis. From there moved on to executive coaching. Then I got on to non-profit boards in my church and the kids private school board. From there eventually ended up in Crucible leadership.

It was a journey. It was the validation step by step finding my path back and gradually rebuilding a sense of self-worth.

What actually started to help you move forward?

Part of it is just forgiving yourself. I mean, we all make mistakes mine would just like really public and on the front page and I guess most of us don't have that. Part of it too is I'm pretty hard on myself. I think a lot of us are but realizing like I was 26 at the time.

How do you then move forward from forgiving yourself?

How do you get out of that sort of headspace where you think ultimately you want to find a reason to get up in the morning? What is something that I can believe in? For me, it was was a long process. Eventually Crucible leadership occurred, I had to give a sermon so I went with this.

What was amazing is that somehow my story seemed to touch people. Who, weeks and months, later said, your story really helped me by being open and vulnerable.

So that really was a huge shift in my thinking. I began to write a book, blogs, and podcasts. Focused on Crucible leadership and using your pain for a purpose.

We have Beyond The Crucible where we hear all sorts of stories from the abused, to Navy SEALs paralyzed and people losing a business.

As we say, you're living a life of significance, which means a life on purpose dedicated to serving others and it's something that like is rooted in your own values and beliefs and what you think is important then it's it makes it easier to move on you forgiving yourself, but you're pursuing something in life that you're passionate about that in some ways helps other people. There's something about that focusing on helping others.

When you go back to the young Fairfax 26 years of age taking over the media conglomerate, what's the difference in purpose there? We were talking about that shift earlier. A lot of people get caught up in what they think is their purpose, but is it really their purpose?

I'm living my own and that to me that's coming from a purpose. If you feel like it’s an obligation to do, its probably based on all the environment around you, what you grew up in etc. When you move into your true purpose that comes from within.

The Voyage of discovery of your vision starts with an examination of your own soul. Which means your own beliefs and values and that could be religious, philosophical, and spiritual. We're all different. We all have values and beliefs that we pay attention to. There's a funny aside in coaching that often happens with busy executives. It is about leading a life that's not in harmony with their values and beliefs. They run the risk of comprising those values for the sake of profit.