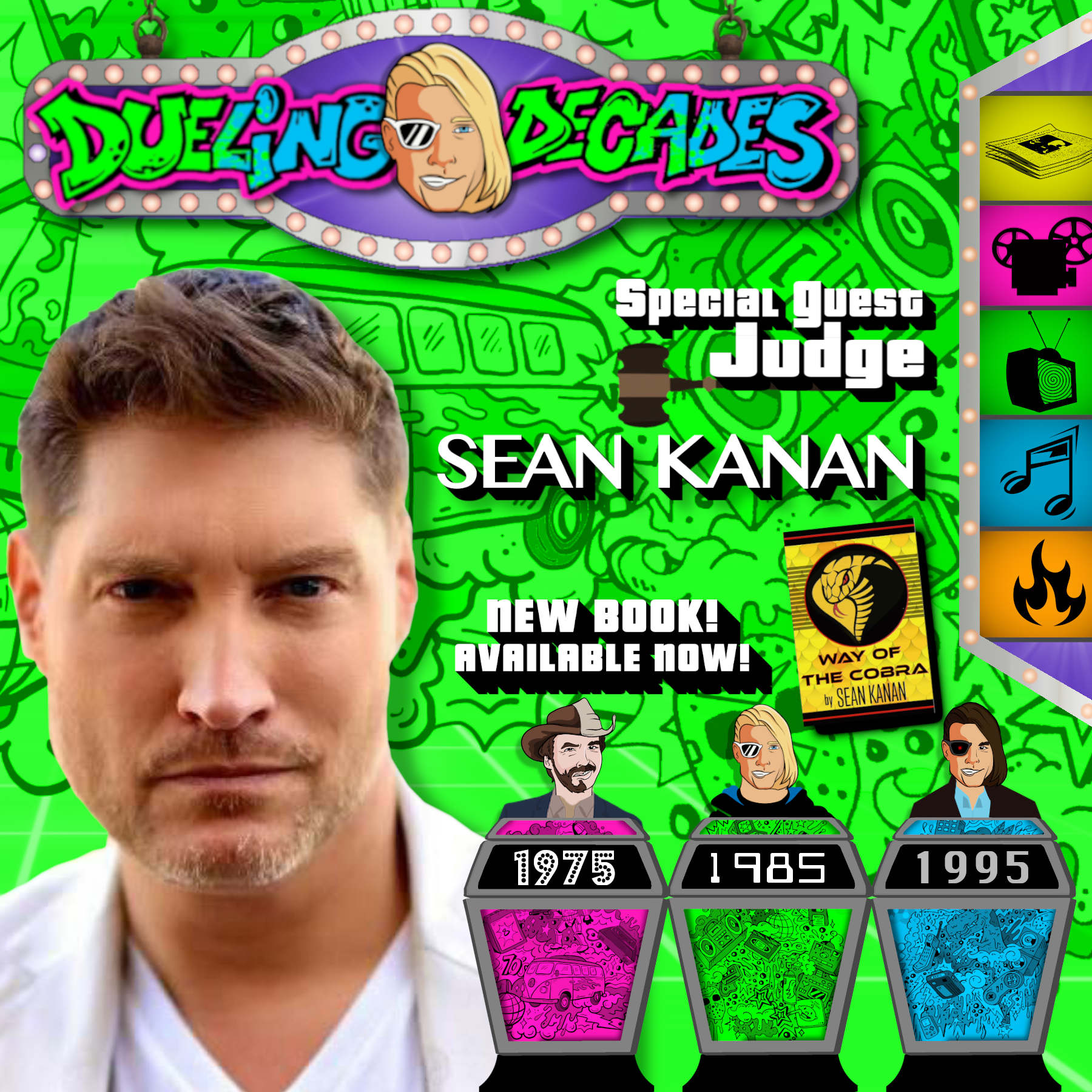 This week the Dueling Decades clan kick things into action with a special Martial Arts themed duel and we could not think of a better judge for this episode than the man who famously played “Karate Bad Boy” Mike Barnes in Karate Kid III. Actor, author, and producer, Sean Kanan returns to the show to share some stories and impart some wisdom from his new book ``The Way of The Cobra” but what will be the way to victory in this battle?

The Media King of the North, Joe Findlay is Kung-Fu Fighting with the best martial arts picks from 1975. Mancrush is back to the 80s this week with all the spandex-laden high kicking action from 1985!  Marc James draws the 90s and he hopes his picks from 1995 will be The Best of The Best!

First, you should go check us out on YouTube (link is below)! Second, you might be saying to yourself "I don't even like Martial Arts". Wait, what?! Don't sweat it, I promise you'll still dig these picks! If you stick around, you might hear something about the most irresponsible camp to send your kids to, a news story straight out of the Robert Stack playbook, Off-Broadway fatalities, Eric Roberts big times a threequel, unlikely paths to stardom, Playboy models and gymnasts are a match made in Parmistan, Joe's pick took longer than Ali's fight, the real Karate Kid isn't from Newark, parachuting with 800 pounds of illicit powder, battle of the Bojangles Coliseum, Kanan rides with Carradine, kung-fu prostitutes, rubber karate chops and kung fu grips, don't mess with killer bees, you need the glow to grow, dudes who fight bears, Daniel don't do his own stunts, and kung-fu love songs! All this week and more!

Do you agree with Sean's rulings? Play at home and judge for yourself!