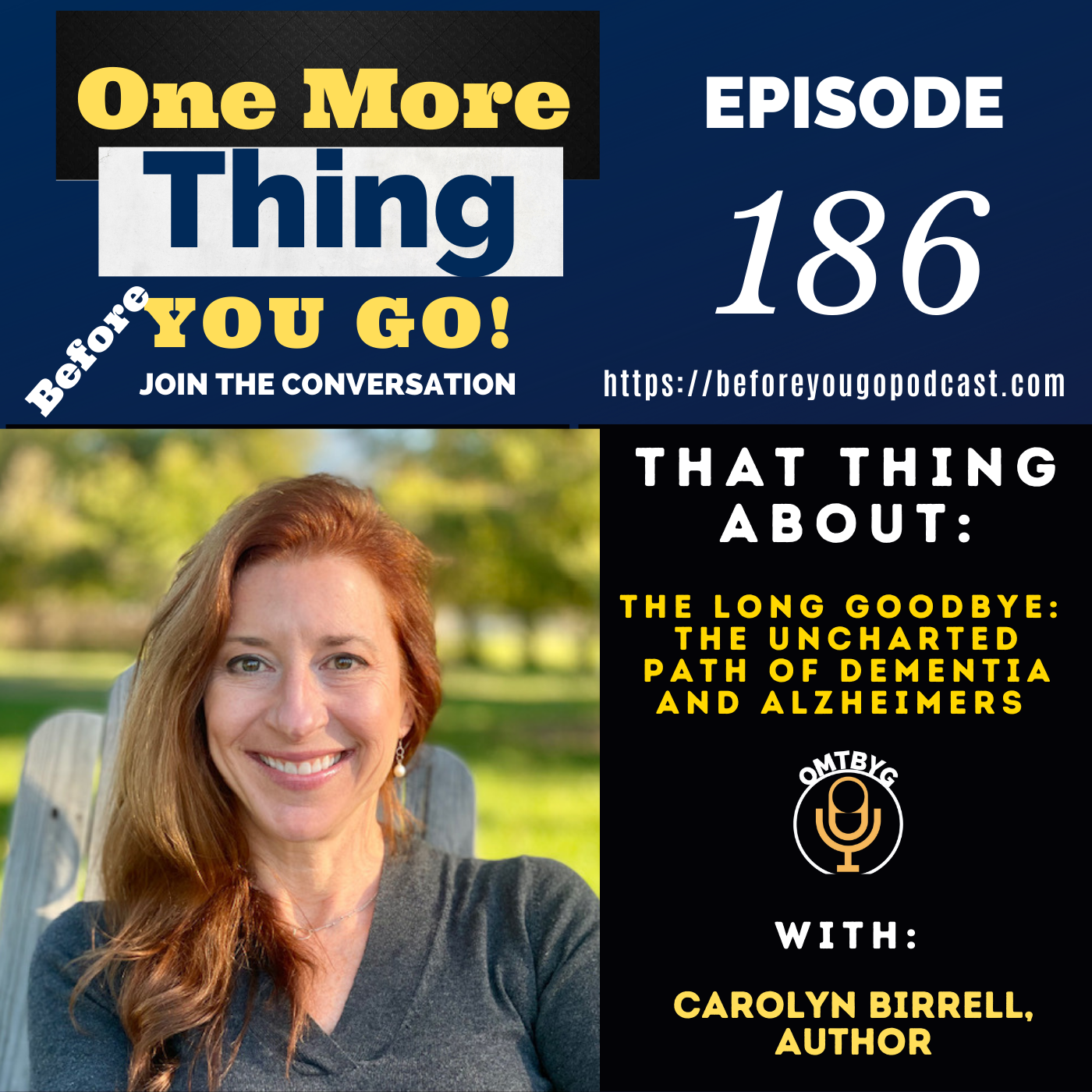 In this episode: Dementia… they call it the long goodbye. According to the Alzheimer’s Association more than 6 million Americans are living with dementia or Alzheimer’s. By 2050 this number is projected to rise to nearly 13 million, worldwide that number stands at 55 million, with over 60% living in low- and middle-income countries. One in three Senior dies with Alzheimer’s or other dementia it kills more than breast cancer and prostate cancer combined.

In 2020 COVID-19 contributed to 17% increase in Alzheimer’s and dementia deaths, and in 2022 Alzheimer’s and other dementia will cost the nation $321 billion by 2050 these costs could reach nearly 1 trillion. More than 11 million Americans provide unpaid care for people with Alzheimer’s or other dementia in 2021 those caregivers provided more than 16 billion hours of care valued at nearly $272 billion. Please stay tuned as we're going to have a discussion with an individual that choke that journey to take care of her mother with dementia and wrote a book about it, we have a lot in common as you all know, my wife and I took care of her father for the last 18 months of his life while he had dementia. I'm your host Michael Herst welcome to One More Thing Before You Go…

My guest in this episode is Carolyn Birrell she is retired and now author, after having spent 20 years working first for the American Cancer Society, and then as a real estate agent in the Altlanta Georgia area. Soon after her move, she relocated her aging mother to be near her and spent the next eight years caring for her while learning “all things dementia.” What began as a written collection of her mother’s difficult behaviors during dementia’s earliest stages quickly turned into a comprehensive book entitled WALKING WITH FAY

My Mother's Uncharted Path into Dementia…that she continued to update until the inevitable end of her mother’s disease. It speaks of one woman’s journey on her mother’s path into dementia of which we are going to take a little bit of that journey with her today… Find out more and how to contact/find Carolyn’s book and services on the website: https://beforeyougopodcast.com