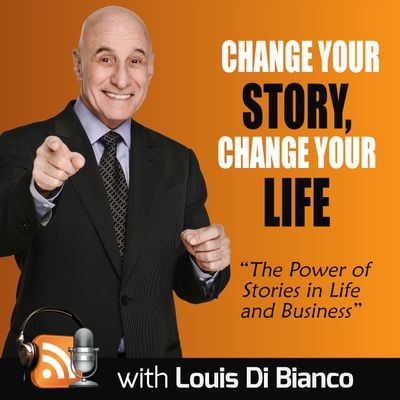 This episode explores the question, “What’s in a name?” Listen and play the name game while you learn some fascinating things about your name and your persona.

We all have a name. Most of us take our names for granted. We don’t think about the stories our names tell to the world.

I play a lot of mobsters in movies. I used to go by the name of Louie. And, on many movie sets, people joked around with me, using my name in a casual way. Basically, the name made them treat me, not badly, but in a manner that was sometimes too familiar for my liking.

One day, on a new movie shoot, an assistant director asked if I went by Louie or Louis. I said Louis. What a game changer. People treated me differently. It was as if I had gained a new instant authority.

You’ll discover some eye-opening and entertaining insights in my discussion of some prominent celebrity names. What’s the story and the power behind the chosen names of these people?

Do you have a name that you like? If not, have you considered the option of changing your name? or, do you just accept that “that’s the way things are?”

There’s much more than entertainment in this episode. There’s a challenge to growth and new self-empowerment. And, it’s fun; it’s the name game.