Surrogacy is definitely not for everyone. Not everybody is able to be a surrogate.

But for Lindsay Gault of Canada surrogacy is part of whom she is.

During a collage project in the 8th grade, Lindsay came upon an article on surrogacy. Her heart, mind and soul spoke to her at that moment in time. She knew her positive imprints would lead her to become a surrogate mom.

Statistics show that infertility affects one in six Canadians. And surrogacy is an option for those who aren’t able to carry children on their own.

There's two types of surrogacy. The first is traditional surrogacy which isn't as common. A surrogate would carry a baby for another couple using her own eggs and then either the intended father or a donor sperm.

The second and more common type of surrogacy is gestational surrogacy. The baby does not have a genetic link to the surrogate mother.

For Lindsay Gault surrogacy was a goal. After having her own child she was ready and willing to help others have theirs.

Her stories are heartwarming.  Her journeys began with strangers. Their experiences together bond them for life. Unfortunately, not all of the experiences were positive. Some rather painful and near death.

In the end Lindsay Gault would do it all over again. Because she is amazing!! 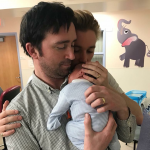 Dads and their newborn son.[/caption] 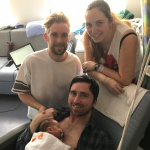 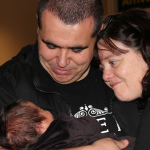 Surrogacy bringing families together from Canada to France.[/caption] 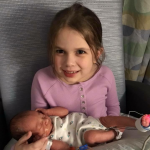