"If you have a little bit of imagination, a knowledge of golf and how people play, course design in not rocket science. Pine Valley was designed by an amateur." 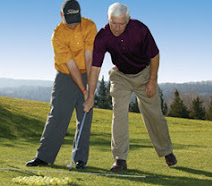 David Glenz has done just about everything over the past 50 years, when it comes to golf-related careers and business ventures. As a member of the University of Oregon golf team, he was voted second team all-American. He then spent six years playing on the PGA Tour.

His teaching career, where he often averaged more than a thousand lessons a year, included stints teaching at legendary Winged Foot Golf Club, and was head pro for 10 years at Morris County Golf Club. He opened and ran the David Glenz Golf Academy, offering golf schools and private lessons at the Crystal Springs Resort in New Jersey. David's given golf lessons to more than a hundred PGA, LPGA, and PGA senior tour professional players, as well as hundreds of mini tour players and club professionals.

Dave's crowning achievement is the design and construction of Black Oak Golf Club in Long Valley, New Jersey, which has been recognized as one of the finest courses in the Northeast. In fact, Black Oak is the first and perhaps only New Jersey course designated as a certified signatory sanctuary by the Audubon International.

On switching schools: “Initially, I went to the University of Houston my freshman year. And it was a long drive back from Houston to Oregon. When I hit the Oregon border in June, it was about 80 degrees, crystal clear sky, driving through these pine trees and I said, "Yeah, I'm done with Houston."

On his recollection of Arnold Palmer: "I still remember when I made the cut as a club pro at the PGA in Atlanta, and I'm in the rain, shooting golf balls, when Arnold walks by and says, "Hey, there's David Glenz, the only guy with more gray hair than me." He knew how to bust your chops."

On dealing with nerves when he first joined the PGA Tour: "So, I thought, "Just go easy, just try and meet the ball." It's amazing when I did that, hit the center of the face, I hit it about 50 yards by both of those guys. You try and hit it hard, and it just doesn't go."

On his course design philosophy: "My goal starting out was to make every hole individual and unique in its own right, and every green setting different."

On green speeds: “Players want US Open speeds all the time, or at least a small portion. I want the greens to run, Stimpmeter-wise, probably around 10 on an average."

On what he does during the off season: "I read for escape; I get lost in a book. I read fiction by authors like Lee Child, John Sandford, Jeffery Deaver, Michael Connelly...I could go on. Just of those guys I mentioned, I've probably read at least 150 books by them."