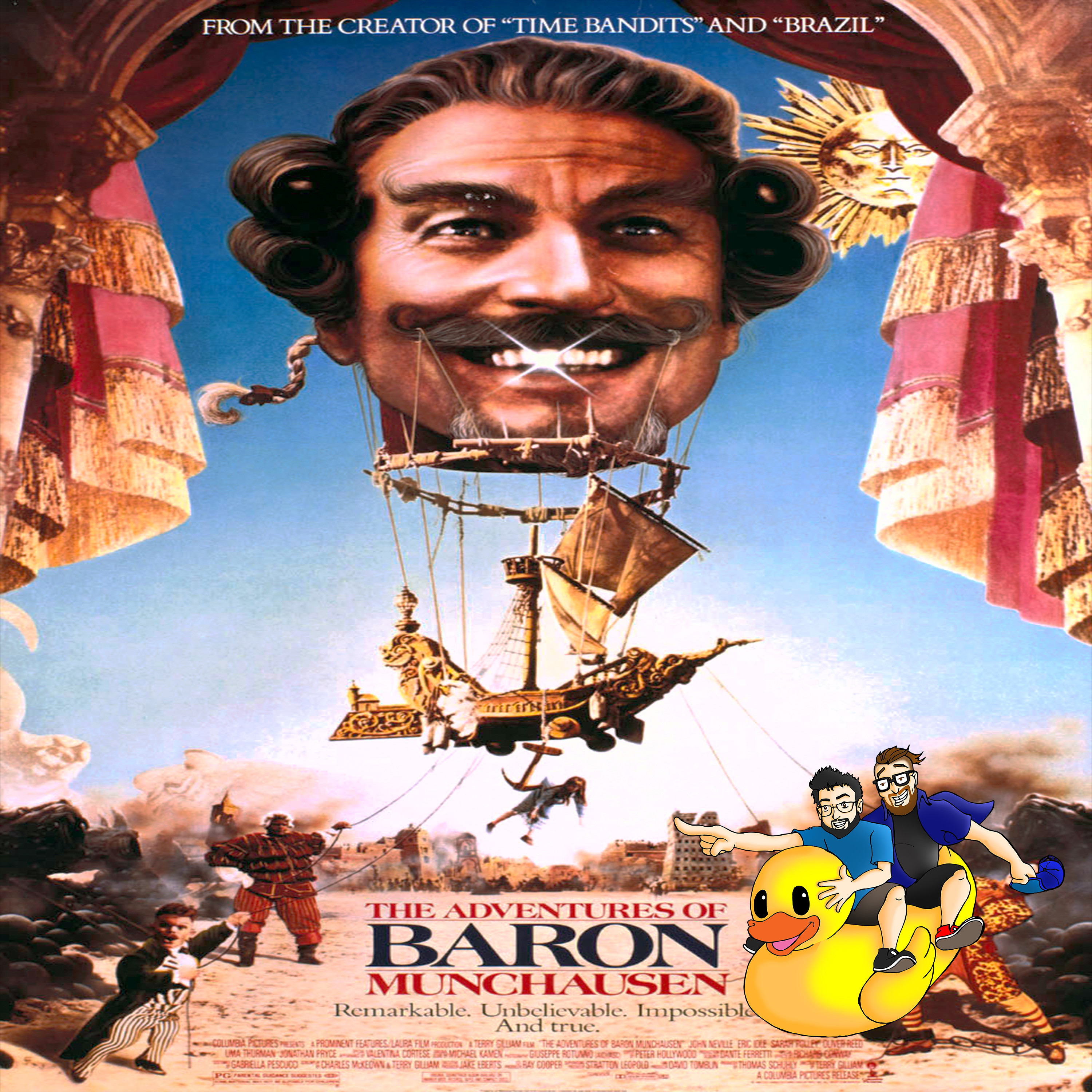 Josh and Zak Talk about The Adventures of Baron Munchausen (1988) by Terry Gilliam.

During the "Age of Reason" of the late 18th century, the Turkish army lays siege to a European city where a theater production about the extraordinary heroics of famed German aristocrat Baron Münchausen is underway. A man steps forward to object that the performance is full of inaccuracies, claiming that he is the real Baron Münchausen (John Neville). When the Turkish army approaches with gunfire, the baron undertakes his latest adventure with his promise to defend the city.