Welcome to My AP Biology Thoughts podcast, my name is Morgan and I am your host for episode #28 called Unit 8 Ecology: Density Independent vs Density Dependent limiting factors..  Today we will be discussing exactly that, limiting factors in an ecosystem that are considered density independent and density dependent.

Organisms can't grow exponentially or else the earth would be covered in all sorts of animals and population, so we need something that limits the population

Limiting Factor- something in an ecosystem that helps contain a population’s size by slowing or stopping growth, (biotic or abiotic)

Density dependent factors- higher the density of the population, the higher the impact of the limiting factor will be. When there are more organisms, more will be affected

Density independent- regardless of the density (crowdedness/ number of organisms) the limiting factor will decrease the population the same amount.

What are these limiting factors?

The same goes for parasites and predators.

EXAMPLE: In a large or small ecosystem which has just experienced a hurricane, many of the organisms are going to die off, and the population size will decrease. If the hurricane kills 50% of the population, it is going to have the same impact in both ecosystems. Obviously with a larger population there will be a larger number of organisms who are killed, but both populations will be reduced to half of their original size.

Segment 3: Digging Deeper into the significance of limiting factors 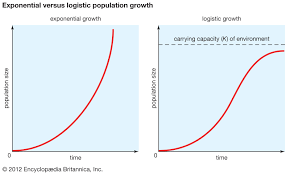 Cause resource partitioning, where organisms occupy various parts of the ecosystem to avoid competition.

Lastly, limiting factors are influenced by humans in many ways.

Thank you for listening to this episode of My AP Biology Thoughts.   For more student-ran podcasts and digital content, make sure that you visit www.hvspn.com.  See you next time!