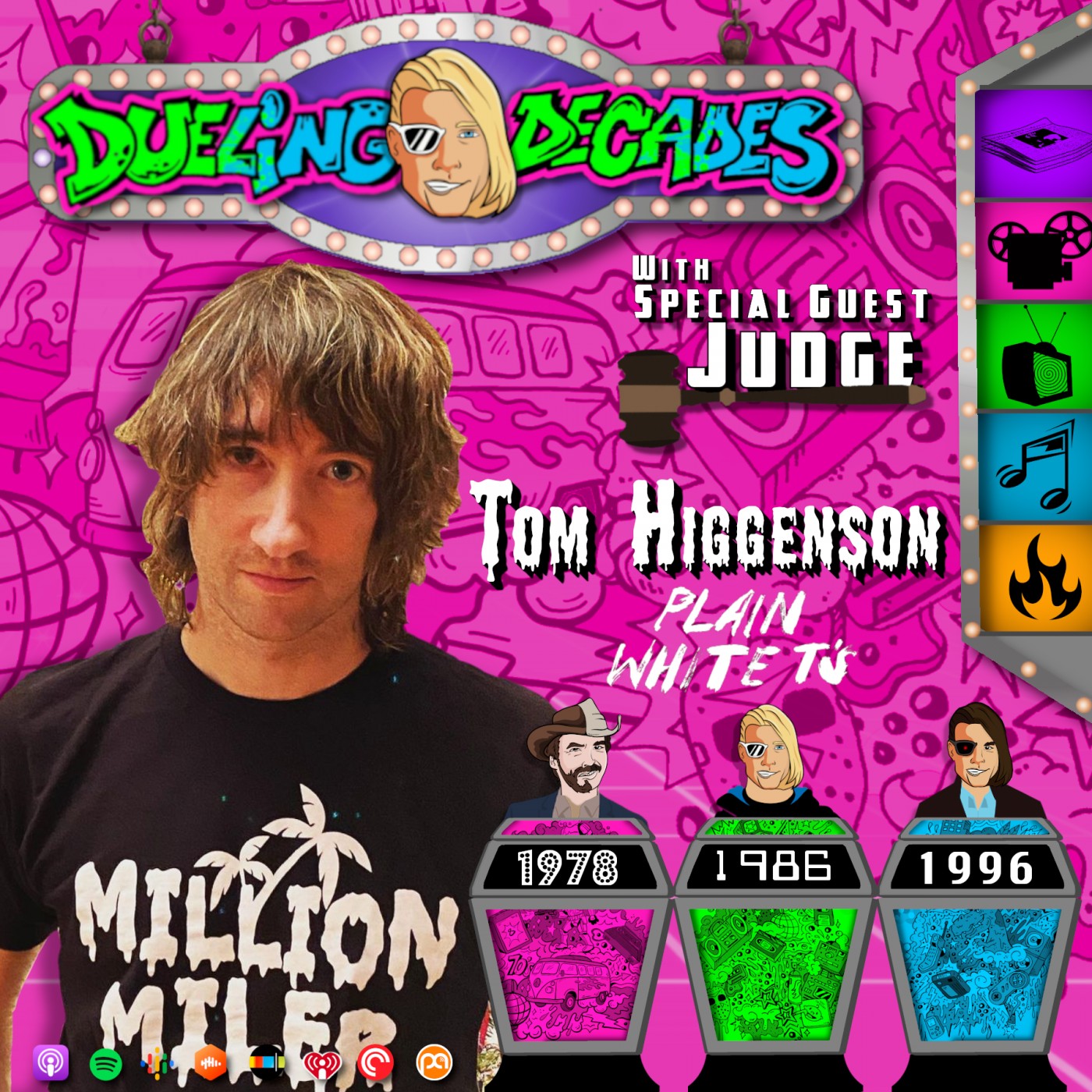 It's not every day you get a Grammy-nominated musician willing to guest judge an episode, but this week we got lucky. Although his band Plain White T's didn't blow up until the 2000s, Tom Higgenson is in love with the 80s! Matter of fact, he loves them so much, he started his own synth-pop solo project that's just dripping with nostalgia! So after you listen to this, head out and take a listen to his new solo work, Million Miler. Tom is a fantastic judge, and he calls em as he sees them! First up this week, back from returning tapes to the video store, Mike Ranger delivers a late "week experience" with March 1978. Mancrush drew Tom's favorite decade, but will it help? He brings the best of his third week of March 1986. Marc James rounds out the competition with a dandy offering from the third week of March 1996!

If you're wondering, the new Million Miler album is coming in May, but you can already listen to a few of the new tracks on Spotify. Get ready for a real straight shooter, Tom has pretty even-keeled judging parameters! In this episode, you might hear something about: Not Jim Morrison's cousin releases a hit track, a platonic love story between coworkers, phone sex operators, Billboard chart-toppers you forgot, skanking made easy, Mike Ranger brings Cheese and Onions, a musician falls while another is almost fired, yoke filled aliens, Mike will win around with a little luck, the aftermath of Suge, suing psychics, balancing acts gone awry, HBO knocks out the competition, Michael Stivic's mustache, karate champs wear singlets, Delilah goes to the Grammys, Tom's new work with Milly, iCarly, Ringo Star, punk rock, and can I get a little cup of wrestling to go with my mayonnaise and shredded cabbage?

Do you agree with Tom's rulings? Play at home and judge for yourself! While you're at it, send your rulings to our Facebook and pick up 20 points on the Dueling Decades Leaderboard!