Dalmatians are our Love the Breeds topic today with enthusiasts Meg Callea, Molly Spengler and Stephanie Podejko joining host Laura Reeves for a timely conversation ahead of the release of the “101 Dalmatians” remake. 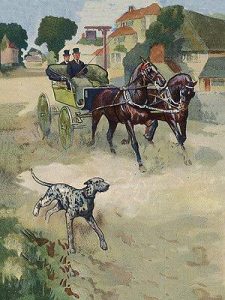 “Dalmatians have kind of … a mixed historical background,” Callea noted. “There are spotted dogs on tombs in Egypt, on frescoes in Italy… theoretically they were started in Dalmatia … which is a historic province of Croatia. They were developed to be basically a dog to go with horses and a guard dog. They were to guard the horses and guard the stables. While they were in the stables, (a) desired trait was to kill vermin. So they do that really well. They have a lot of prey drive, some of them have a lot more than they need, which is why they do really well at some of the other performance events. 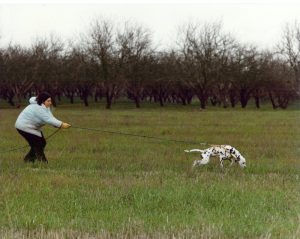 “There are illustrations of Dalmatians as far back as the 1600s. They were brought into being a breed more in the early 1800s, during the Regency period, where they were bred for their markings to look real fancy with the carriages and coaches. They were bred to run around and go with the carriage all day long, so that’s somewhere between 25 to 40 miles a day. Their job was to alert the carriage people if there was a bad guy around, to chase off rogue dogs or Wolves, and to protect the carriage and its contents. And to keep the horses company, because the horses that ran were pretty high strung. Which is how they came into being with the fire Department. 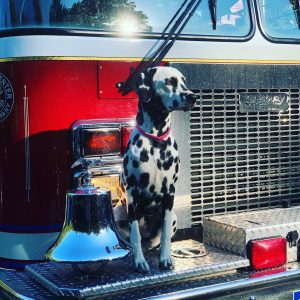 “The fire Department used to have carriages that were horse drawn. The horses that drew those things were really high spirited, so the dogs kept them company while they were sitting around waiting for something to happen. When something happened, they ran with the horses, they broke up the traffic in front of them. They also kept the horses calm at the fire because horses do not like fire. They also protected the water spigot. Potable, drinkable water was hard to come by, so while the guys were fighting a fire somebody would come in to disconnect their hose and steal the water.” 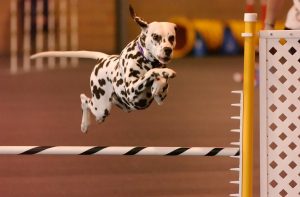 Dalmatians excel in all performance events, according to our panelists.[/caption]

“This is a breed that can do it all,” Podejko said. “There isn't a sport out there that I have found, a performance sport, that Dalmatians don't excel at. They're just a brilliant breed.”

The Dalmatian Club of America features a breed specific test and competition called a Road Trial. The most advanced level requires the dogs, horses and riders to cover 25 miles in an endurance competition. According to Podejko, “A Dalmatian Road Trial is a performance event and test in the field designed to evaluate the Dalmatian’s ability to “coach,” or follow the horses. Exhibitors compete as handler on horseback or in a horse-drawn cart or carriage, with dog(s) off-leash. The Dalmatian Standard of the American Kennel Club states that the Dalmatian “should be capable of great endurance, combined with a fair amount of speed,” qualities essential to his successful use as a horse/rider and horse/coach escort. The purpose of a Road Trial is to demonstrate the use of purebred Dalmatians as a companion of man in the role that they have been bred to perform.” 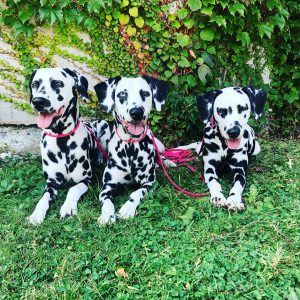 Breed specific health concerns have been mitigated by conscientious breeders testing their dogs.[/caption]

Spengler shared information on breed specific kidney stones and how to manage them with appropriate diet. Our panelists also discussed the success of preservation breeders testing for and drastically reducing the number of dogs produced with deafness issues and how that was managed.

"It's very important to do your research (when considering purchasing a Dalmatian) because there are some key things that go along with the breed," Spengler advised. 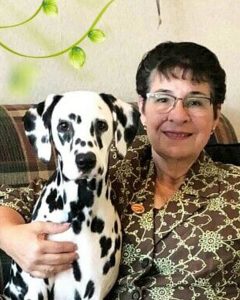 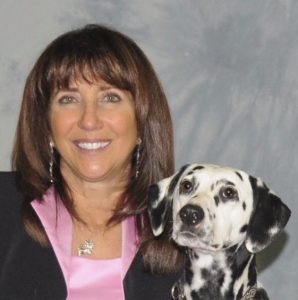 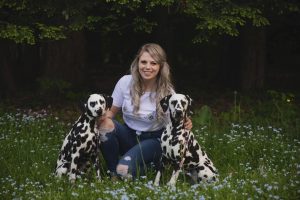