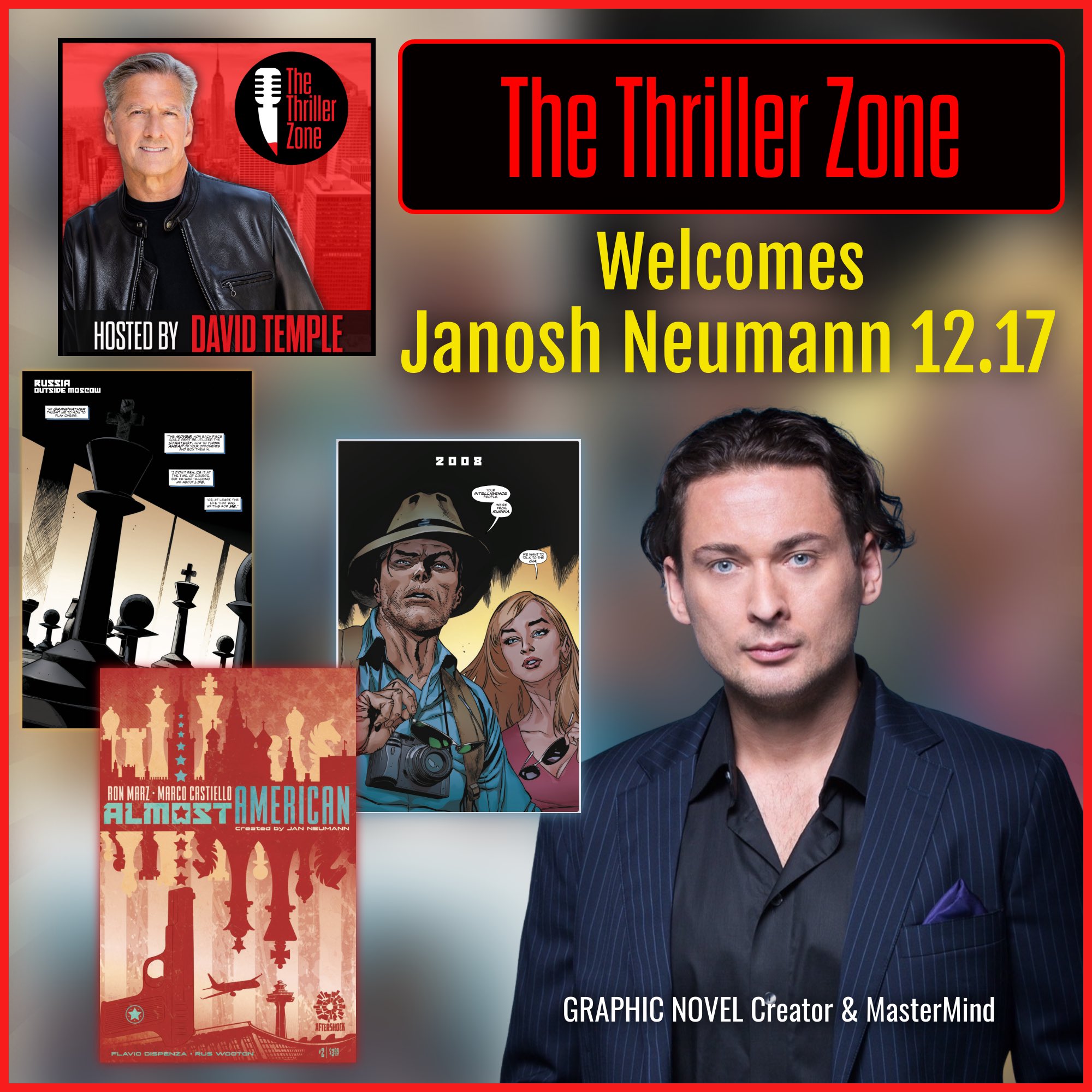 Today's guest on TheThrillerZone.com is my new friend, Janoush, you can call him J, Neumann.

As a former Russian FSB counterintelligence officer, J has seen his share of the dark side. However, now in his "new career" as Graphic Novel Executive Producer and Creator, he and his wife Victoria, are fulfilling an entirely new mission.

Join us as we discuss his RED ATLANTIS GRAPHIC NOVEL, overtaking Hollywood one graphic novel at a time, who will play him in the upcoming adaptation of his work (wink-wink), his favorite cocktail (one I'd never heard of), and plenty more.