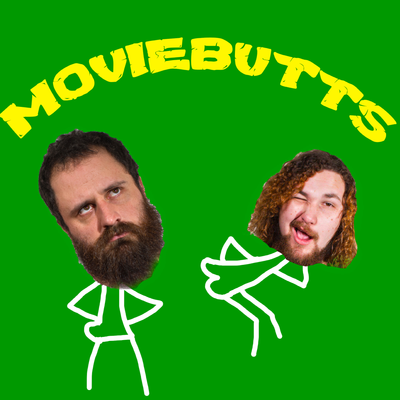 This week we watched Anger Management & The Master of disguise. however Danes Microphone decided not to record the second half of the review. So as a Result we have introduced the backup plan: Movie Butts Mini! if something goes wrong we will upload a special episode, in this case half the review. Enjoy!

Joe: [00:00:16] This is a podcast where we basically do a bunch of math and determine the best and worst of a particular topic that we've chose. I think this week it's Happy Madison Productions. What movies did we watch then?

Joe: [00:00:45] So basically what we do here is we calculate the Metacritic score, the Rotten Tomatoes audience and critic, the IMDB user score and box office and budget and determine which is the worst and the best. It was actually quite a surprise for what the best one was, to be honest. I thought Mr. Deeds would have been the best one. I don't notice that. Did you think that at all?

Dane: [00:01:12] I wasn't surprised. It was anger management. Because I remember that being really big when it came out. And I can imagine it getting a little more critical praise because of Jack Nicholson. And it's not so stupid. This one.

Joe: [00:01:29] No, it's it's hot. It has its really goofy moments, narratively like, I think. But we'll get into that. But I don't know. For some reason I feel like more people know or talk about or like Mr. Deeds.

Joe: [00:01:56] They're actually quite close on everything except for the Metacritic score. The Metacritic. Yeah. Brought Mr.Deeds down like a lot. You know, so. Yeah. So as a result, we're watching. We watched anger management. Can you give a brief description of anger management? How would you how would you just what would what's the film about?

Dane: [00:02:20] Ok. So it's basically about this guy played by Adam Sandler, who is a bit of a pushover. He's like a secretary or something for an advertising firm or whatever. And he licks the boss's ass. He gets pushed around a lot. And he's in, you know, at the beginning of the film, the boss is mean to him and hangs up on him and he's, you know, tries to like suppress his anger. And he's a bit shy. Yeah. And then. He gets into a situation on this airplane flight when some guy takes his seat and it's his whole big complicated thing. I don't want to really fuckin describe the whole thing because it's such a silly scene. But anyway, through a series of events, he ends up accidentally hitting a flight attendant lady. Goes Yeah, goes to court. And the court says he has to undergo anger management therapy. So he goes to group therapy for anger management. And the therapist says that he has internalized rage and then the therapist ends up staying with him. It's it's a fucking actually bizarre film, but the therapist ends up staying with him. And the therapist is played by Jack Nicholson and he's crazy. Jack Nicholson, like he's weird. He's kind of psycho.

Joe: [00:03:59] I think a lot of the I think a lot of the comedy is meant to come from the fact that Adam Sandler's character is fine and clearly doesn't need anger management. You know, I think that's that's kind of the I think the crux of the film, as you mentioned. I think it's like you meant to be frustrated and kind of annoyed with him that he has to do all this crap. I think that's like the the main joke, right?

Dane: [00:04:25] Yeah. Well that's that's the weird thing is like I guess the humor is supposed to come from. Yeah, that he is a guy who keeps his cool. He suppresses his anger. And Jack Nicholson is like a bit of a loon. He and he actually loses his temper. And it's this guy is is behaving himself. But through other people's actions, he inadvertently appears to have rage. Or when he does rage out, you can understand why. Because the things around him frustrating him so much. Mm hmm. Mm hmm.

Joe: [00:05:09] Well, so this one won the top pick as the best for the first ten. And I think it's easy to say that it is still very much a mediocre film. You know, we're not talking about ET here or annie hall. We're talking about anger management. Why? What do you think? This one is the best of the first ten Happy Madison films? I'm I'm still trying to figure it out, but I think if we talk about it, we could maybe figure it out together.

Dane: [00:05:38] Yeah, I think it's I think it's, um. So in terms of like box office take. I remember as a kid really wanting to see this movie because. It looks funny like it kind of should be funny. It's a Jack Nicholson does a good job. He acts like a real weird, crazy character. And the funniest thing that Adam Sandler did in his early days was like rage out and get angry. Like, that's why Happy Gilmore is so funny. It's him losing his shit. So you're like, oh, cool, it's gonna be Adam Sandler losing his shit a lot. But that's not the film. No. Yeah. And he doesn't. He does every now and again. But he really doesn't. Happy Gilmore extent. I think Jack Nicholson being in it kind of makes it look like, you know, a real step up for an Adam Sandler production. I mean, sounds like it should be funny as far as critics go. I think it's because. Jack Nicholson and Adam Sandler actually give pretty good consistent performances. I mean, Adam Sandler plays Adam Sandler in every one of his films in this one. He actually has like a character.

Joe: [00:07:03] Yeah, he's. It's not see. I could almost argue it's to the detriment of this film of all the films that they pick. To have him play a motherfucking boring character. It's the one where he's. It's the theme is someone dealing with anger. It's which is something that he is in all of his films. Is this really explosive person? Yeah. And then they have a movie about that and they have him be droll and just, you know. Not just really.

Dane: [00:07:35] It's not what it does, a bad job playing that role. I actually quite liked his performance. I have to give him a lot of credit because Jack Nicholson is as good as he is. You know, he's one of those seasoned pros who he reminded me of. Al Pacino in that other piece of shit. Sandler did later on where it's like the dude is such a pro. He's giving his all. And it is like a good performance and he's great to watch. And Adam Sandler alongside him holds his own. And I think that that's a testament to him because I think that Adam Sandler actually is a really talented actor. There's this one scene in which I think sums up the movie as a whole. Well, Woody Harrelson shows up in a bit part, Jack Nicholson takes him to a prostitute area and Woody Harrelson plays a guy in drag, plays a a prostitute. So I think he was a he's a trans woman.

Dane: [00:08:55] Yeah. And it's the whole joke of the scene. Is it's a man wearing a dress and makeup. And you have these three talented actors sitting in a car making tranny jokes for like five minutes. And that represents the film to me, where it's actually like the script can be quite poignant at times. And you have these to this this talented cast. But but it's just dressed up in a cheap joke and it doesn't fit at all. It's like an interesting idea. No, I don't know.

Joe: [00:09:43]  I think I like it. But I think Jack Nicholson is the reason this one is more popular and successful because he is. Like, fantastic. I was reading some reviews for this and I felt I found myself disagreeing with a lot of what they were saying in the sense that I found that the best part of it was the chemistry between Adam Sandler and Nicholson. The scenes with them two together were really good and they were what I was looking forward to. But then when I when Adam Sandler's by himself or with the other supporting characters, I honestly stopped caring about the film very quickly at that point.