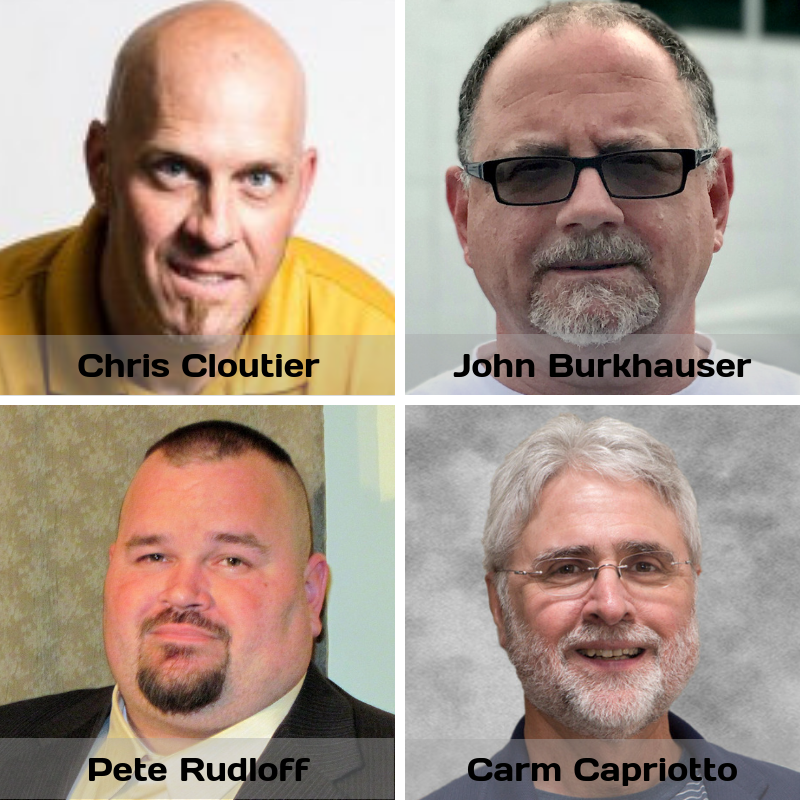 Chris Cloutier is co-owner of Golden Rule Auto Care in Dallas, Texas for the last 5 years and is an expert at software development who understands what customers want in a digital sales process. He came from the software industry developing solutions for companies like Southwest Airlines, and Wyndham Intl. Chris worked for companies that understand the marriage of service and software and have applied it in an effective way.

After opening his shop, he founded autoflow.me, a workflow and communication solution, specifically to give his shop a competitive advantage. As he talked to more shop owners he realized there was a need for better technology and has since worked toward helping the industry embrace and move forward with it. Listen to Chris’ previous episodes HERE.

John Burkhauser is currently employed at BOLT ON TECHNOLOGY as the Director of Education, a job that allows him to use a lifetime of learning experience day in and day out.  John dreamed of being a meteorologist but found out college wasn’t for him.

When his car failed the state inspection, that was the day his career was decided on. John went to Pennco Tech to attend the Auto Gas and Diesel program.  After graduation, John started work in a dealership where he went from a “D” technician to an “A” technician in a few short years. He also added shop foreman to his resume.  During this time, John became certified as an ASE Master Technician and Advanced Level Technician which he still maintains.

Crossing to the other side of service, he became a service adviser winning the Ford Silver Medallion award. He then became a Service Manager for a large dealership.

John also worked in the independent aftermarket. He then applied to be an instructor at a post-secondary automotive training school where he taught basic electrical and HVAC courses for the better part of ten years.

Fortune would change his career path again when John learned about BOLT ON TECHNOLOGY and became part of the team. Listen to John’s previous episodes HERE.

Pete Rudloff is a national automotive instructor/advisor, ASA volunteer leader, nationally published technical writer and owner of both Pete’s Garage, Inc. and Blue Collar Technologies, Inc. in Newark, DE. Pete has a passion for raising the bar for the auto trade and a reputation as a friend to the general auto repair shop with many calling themselves Pete’s customer. More than just a guy who fixes cars, Pete is out to change the auto trade and how vehicle owners view auto shops with his new FlexCheck Auto Digital Vehicle Inspection Software. Listen to Pete’s previous episodes HERE.