Started at a service station. (remember them?)
Gary started as a tech, right out of high school back in the service station days in Miami. He also worked in a Toyota dealership for 10 years and decided he was smart enough to open a shop himself. He says he is still learning.

Networking.
Through the value of networking, as a member of ASA, he found and purchased E & M motors.  He tells the story. Networking with peers, he says, is one of the most powerful benefits of association membership. It paid off again when he hired a tech from up north who wanted to 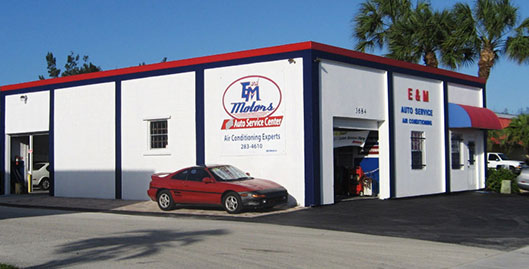 move to Florida; he tells the story of how that happened.

Trustee for AMi.
He’s also a trustee of AMi. Gary recently received his AMAM (Accredited Master Automotive Manager) certification. As a major commitment to his technician training he will close his shop during Vision High Tech training and expo, a show in Kansas City. He says the benefits of a year’s worth of high quality training at one time is a huge benefit.

Gary Keyes is an ASE Certified Master Technician Since 1978.

Here are a few questions asked of Gary Keyes:

How many customers schedule online?

Future plans. What about succession planning?

Who owns the vehicle data in the age of telematics and the connected car?

Gary has given a strong commitment to the industry: