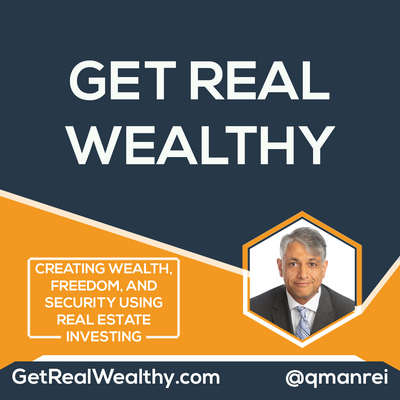 In this episode, Quentin talks with a member, who started with house hacking his first property and he was looking to expand his portfolio. With the current housing market, we explore possibly going with a triplex or a fourplex instead of a single-family home or duplex.

As a fairly new immigrant to Canada, the member bought their principal home in December 2019. They moved to Oshawa in February 2020. They started with house hacking and rented their basement out. Now, they are looking for a rental property wherein they could start their journey. As for the financing for their next property, he plans on using some savings and a gift as down payment. He also has a few lines of credits as well. He adds that working with the bank that he has mortgage with, he wanted to get advantage of appreciation on his current house, remove the CMHC and be able to buy another one at 5%.

Quentin adds that it is possible that he could use one of those other avenues in order to get a lower down payment, but there are typically for principal residences, and a grey area. The member shares that while he is interested in Oshawa, it's either he could wait for some time and save more, or with whatever he has, he goes to a market where he can afford something and at least break, even if not positive cash flow. He adds that he has the affordability, and down payment is his only problem. Quentin adds that he may end up with negative cash flow unless he has a really strong cash flowing property.

Quentin suggests that he may want to look at Peterborough market, and something that is a little bit out of his comfort zone but may give more cash flow. That could be a different type of property like a student rental or maybe a triplex or fourplex. He could still get that type of financing that he is interested in, because it's still under the residential umbrella. It gives him the ability to have more units, so the one to four units still, even if divided as a duplex, he’d still have that that same kind of qualification room. He recommends checking out courses on Property Management, and Your First Three Properties in Real Estate to get a better idea of the fundamentals.

He further says that while Peterborough is a good option, as he goes further away, he will have to build property management costs into that as well. He also recommends getting on some wholesaler lists as well, just to see what's coming up on them, and to get a different sense of what's coming in and going out. Quentin says that if he can use the lower down payment in order to get into a property, he should take advantage of it. It is a good way to add some leverage, just make sure that the numbers all work out, and that he is still able to financially maintain that.

He adds that those rental properties are going to be assets that give wealth and income. The principal residence will give wealth because it will increase in value, and it can be leveraged differently. He recommends working with a mortgage broker that looks at more than just the next transaction, but helps plan out the next four or five transactions. In conclusion, he says that ultimately, the investment depends on his life situation. He adds that your personal residence is an emotional decision. It's not often an investment decision.