Kate Jonasse is an ASE Master Certified Technician with more than 18 years of automotive repair experience. Her specialty is diagnostics and, to this day, she loves solving problems. Kate went to tech school at Alfred State College in NY State and was recruited by a Mercedes-Benz dealer in Atlanta, GA to receive factory training. After working as a Mercedes technician, she moved to the West Coast, got her California smog license, and opened K-Tech Automotive, originally a one-woman operation.

As a child, Kate was the one in the house who oversaw putting together anything that originally came in pieces—like tables, her kid brother’s toys, and new appliances. She got into cars after buying her 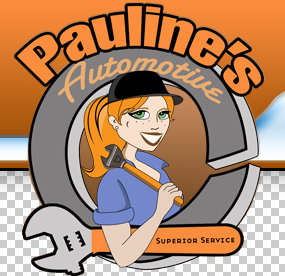 first vehicle, a 1981 Datsun pickup, which she bought for $600 (money she’d earned working at Subway during high school).

That truck consistently wouldn’t start, and she used to park it on hills to pop-start it using the clutch. The situation motivated her to want to learn to work on her own car, so she would feel more competent and self-sufficient. With this background and attitude, a future auto shop owner was born.

But Kate’s no grease monkey. She’s a vegetarian, and she likes to cook vegan food. She also enjoys yoga, Aikido, running, mountain biking and reading non-fiction. With her business, Kate strives “to boldly go where no one has gone before,” so perhaps it’s no surprise she’s a fan of Star Trek: the Next Generation.