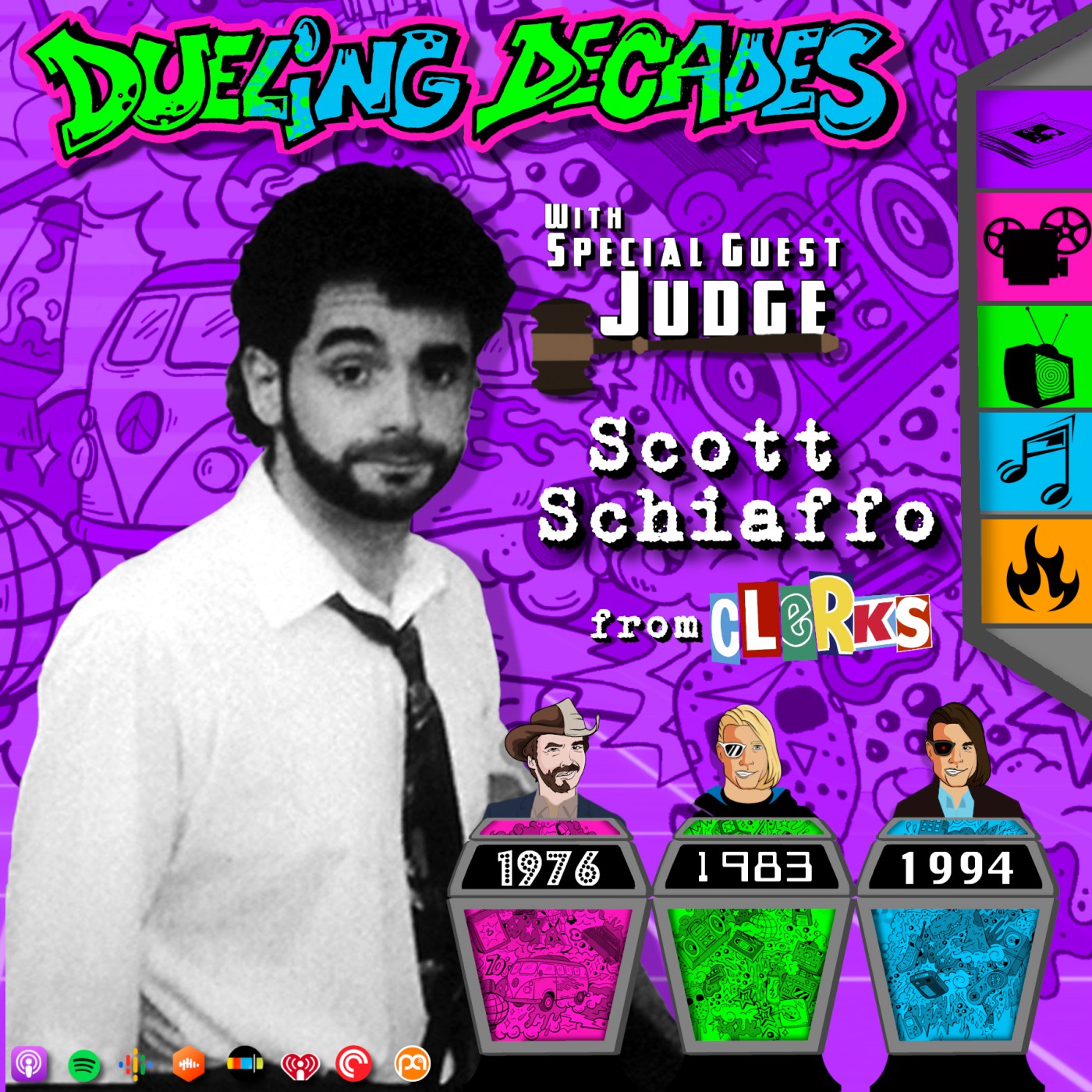 It's that time of the week again! Your three favorite decades are back to battle for supremacy, in this week's "worst of" March duel! For this worst of episode, we went straight to the gum merchant himself, Scott Schiaffo to judge this tomfoolery! As it turns out Scott's a pretty positive thinking guy. So deciding which decade was the pits was really difficult for him to do! Don't you worry though, Scott still swings that gavel, and picks the biggest loser. First up, Joe Findlay does what he does best, and brings the very worst of March 1976. Marc James drew the big straw this week and delivers his worst findings of March 1983. And rounding out this week's turd trifecta, Mancrush counters with some serious trash from March of 1994.

Scott is fantastic, he does such a great job deliberating all his picks, and his perspective on things is top-notch. If you ever see him at a convention, we totally recommend stopping by and saying hello (and take a picture of course)! In this episode, you may hear about unfortunate typos, traditions broken, vicious dogs attack me in sleepless nights of summer, the prequel to Mike and Molly, there's no gas at a sheep station, whoa this show sucks, Mark Wahlberg diss tracks, missing persons, the mysterious case of Tammy Lynn Leppert, what thirty million dollars of blow gets you, Howard Stern's tax returns cause a stir, a movie so bad a veteran director never worked again, drunk dudes, Findlay bringing the sadness, little clowns and ladder matches, what genetic engineering sounds like, Ace of Bass needs to make a comeback, the perils of addiction, a musician's unfortunate demise, and a whole lot more!

Do you agree with Scott's rulings? Play at home and judge for yourself! While you're at it, send your rulings to our Facebook and pick up 20 points on the Dueling Decades Leaderboard!