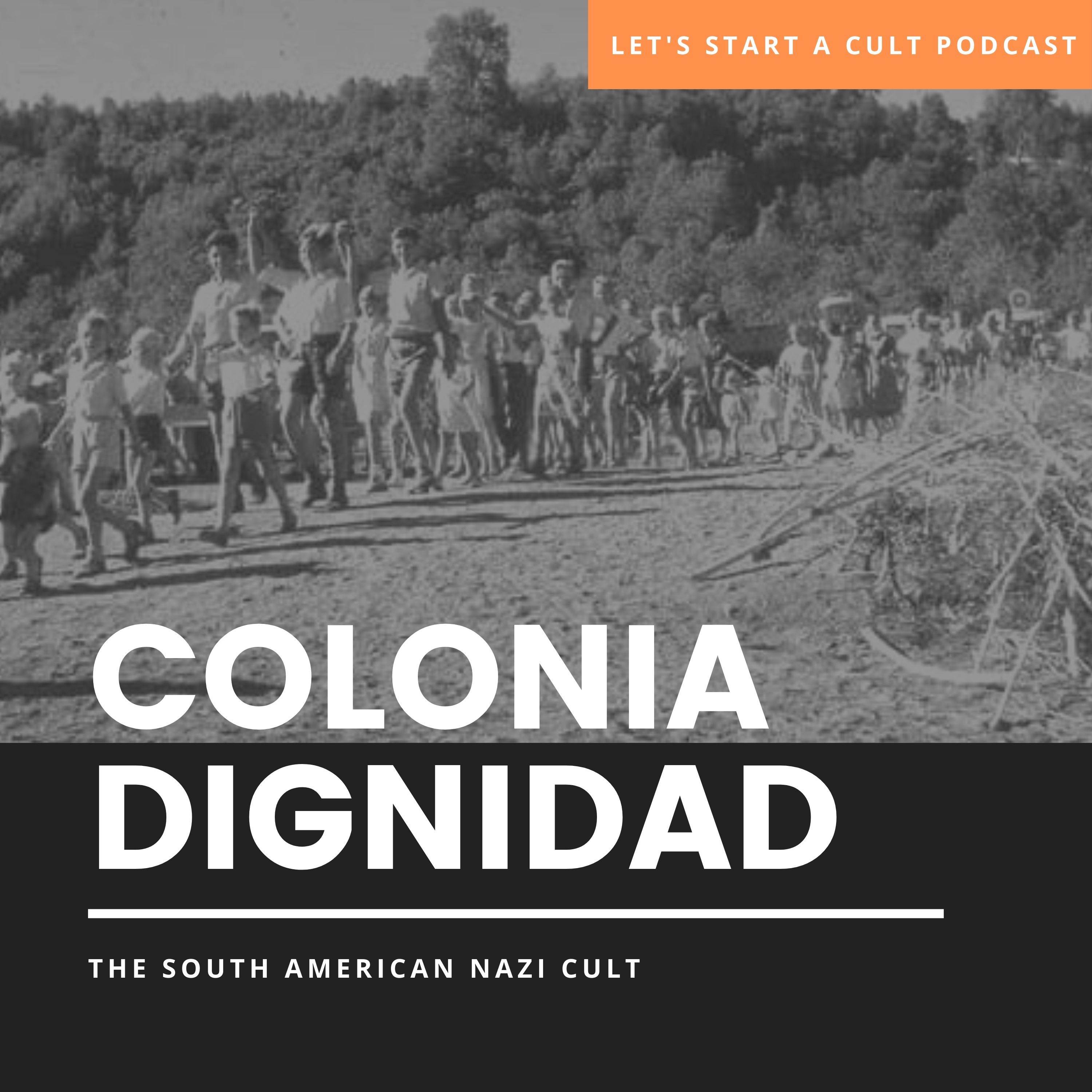 In today’s episode of Let’s Start a Cult – the story of Colonia Dignidad, a religious commune established on the foothills of Chile’s Andes Mountains.

To outsiders, it seemed like a self-sustaining Christian community that strived to give back to the locals. However, it would later be revealed that it had ties to both Nazi Germany and the Pinochet government, which killed over three thousand people while a thousand more remain missing to this day.

Sources for this episode include The American Scholar, The Washington Post, the European Center for Constitutional and Human Rights, Bustle, The International Business Times, The Telegraph, the Deutsche Welle, The New York Times, The Guardian, BBC, and Al Jazeera English. Sources for this episode include All That’s Interesting, a Medium article by Lisa Marie Fuqua titled “The Ripper Crew Satanic Cannibal Cult Murders,” Listverse, Murderpedia, Windy City Ghosts, The Chicago Tribune, and CBS Chicago.