This interview was recorded at Vision 2017 in Kansas City, KS. Thanks to Amy Mattinat for the behind the scenes work with Facebook LIVE. 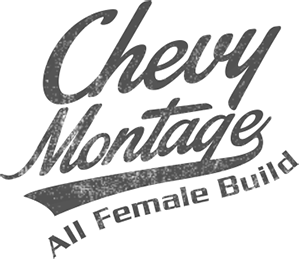 She graduated Phi Beta Kappa from Oberlin College in just three years with a double major in Women’s’ Studies and Pre-Law.

As the pieces of her career came together, Bogi began to see that her passion was not simply to fix cars, but to empower others to fix cars – women especially.

Bogi is also a business coach, holds car-care classes for women, speaks on a wide range of subjects and is on the 6th season as one of 3-girl crew on the Velocity Channel show … All Girls Garage.

Bogi has been a frequent guest on the podcast. Our first episode highlighted her career and her shop; check out episode #27. She was on an all female panel to discuss female customers in episode 74. And then she contributed to a panel on technician apprenticeship 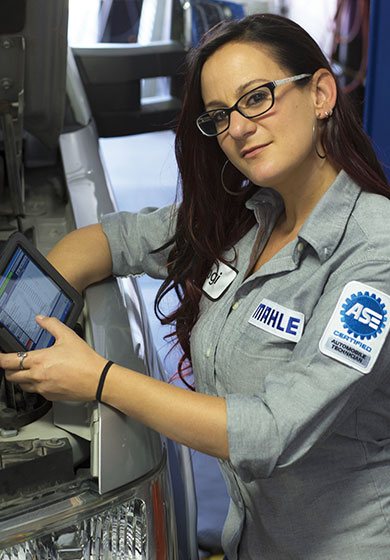 This is a very interesting episode as Bogi shares her latest and most prolific project. This episode is focused on The 1957 Pick-up Chevy Montage All Female Build.

As you will learn from the episode, Bogi wants women to discover automotive repair in a way they would never have thought of before. She says the women are learning things about the automotive they never dreamed of learning.

The Chevy Montage All Female Build is all about highlighting the women of the automotive world, creating learning opportunities for women interested in exploring the trades and ultimately attracting new people to our industry.

Bogi is looking for support and has a crowd funding campaign. She explains in the episode how you can get involved.

See links below and watch the video.