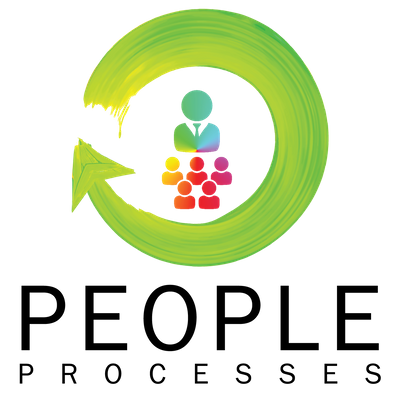 Many companies, now that the PPP funds have been distributed, are making the big decision this week on whether to layoff employees or not. I wanted to bring another option to the table to protect your team when they can not work.

Obviously, the "best" option for the employee is paid leave, but that’s unaffordable for some small businesses (see our info on the FFCRA to see if that could help though!). Furloughs, on the other hand, allow employers to cut labor costs without severing that relationship fully.

What is a furlough?

A furlough is a suspension from work without pay for a finite period of time. It can be mandatory or voluntary.

While public and private institutions can both furlough employees, you’re probably most familiar with them at the federal level. Workers are often furloughed as a cost-saving measure during a government shutdown. It also happens sometimes when labor organizations can't come to an agreement or budget with the employer. Organizations do this when they don’t want to lay off staff but temporarily can’t afford to pay them.

For private businesses, furloughs are often cyclical or seasonal, responding to dips in business. It can allow the business owner to pause the workers’ pay without terminating them.

What’s the difference between furlough vs. layoff?

The terms “layoff” and “furlough” are both used to describe situations that involve a lot of workers, and usually they apply to job losses where finances—not performance—are the triggering factor. (A single poor performer who is let go, on the other hand, is generally “terminated” or “fired” instead.)

While laid-off workers are sometimes rehired, the term usually refers to an indefinite—often permanent—break in the employment relationship.

A furlough, on the other hand, is typically for a shorter, fixed period of time. Workers are told to stop coming in to work or that their hours will be cut back. While laid-off employees are officially separated from employment, furloughed workers remain on your books as current employees.

Laid-off workers are essentially fired, triggering final pay requirements. Furloughed workers, on the other hand, are still employed and generally do not receive an official final paycheck or vacation payout. (Although you should carefully review the laws of your state because in some states a furlough can trigger final pay requirements.) But you can basically think of a furlough as a certain number of mandatory unpaid days off.

But—and this is an important point—depending on how long a furlough goes on and how many hours are cut, a furlough may be a triggering event for COBRA purposes if the employee is dropped from a group health plan due to a loss of work hours. When and whether this happens is governed by the terms of your particular health plan and the requirements in your state.

MOST plans have waived "work hour" requirements. It will vary depending on your insurance, but you can normally keep them on your companies group policy!

Be aware, if you terminate all your employees, they may not get COBRA or other continuation coverage because the policy will usually get terminated by the carrier. Regardless, be sure to contact your insurance carrier before deciding how to proceed. Terminations then, mean no pay, and no insurance. MASS terminations could also mean no COBRA.

Similarly, an employer can get into trouble under the Affordable Care Act (ACA) if a furloughed employee is prematurely dropped from group coverage. That's a whole can of worms beyond the scope of this episode.

Before implementing either a layoff or a furlough, make sure you understand the implications from a benefits perspective—consult your broker if you have any questions.

Employers generally cannot dock the pay of exempt employees without jeopardizing their exempt status. If an exempt employee performs work in any week, they generally must still be paid their salary.

But there’s an exception for furloughs during financial slowdowns. For any workweek in which no work is performed, an employer is not obligated to pay the exempt employee’s salary for that workweek. Key takeaway: That’s why you should not implement a furlough that starts mid-week. You don't want to have to pay your salary people for the whole week.

The unemployment insurance rules vary from state to state, but in general, both laid-off workers and temporarily furloughed workers are eligible for unemployment benefits if they have earned a sufficient amount in wages over the previous year to qualify.

While there is often a waiting period between when the work ends (either permanently or temporarily, in the case of a furlough) and when a worker may start to collect unemployment benefits, many states have waived these waiting periods for the duration of the COVID-19 crisis.

While layoffs and furloughs are similar, the main difference is that layoffs tend to be permanent and furloughs tend to be temporary. Depending on your business needs, either may be an appropriate response to the coronavirus crisis. Here are three things to consider:

1.           Furloughs are generally used for fixed periods of time. So whether it’s better to implement a furlough or layoff may depend on how long your business operations will be affected, or how severely.

2.           The federal government and many states are offering various forms of relief for small businesses during the COVID-19 crisis. If you qualify, you may be able to keep paying your workers for longer and avoid the difficult furlough vs. layoff choice. - See our episode on Unemployment VS PPP

3.           Consider your team’s preferences. Depending on your particular workplace, it may make sense for you to speak frankly with your workers about all the options on the table before making any final decisions. Ordinarily, a business owner would make a firm decision before speaking to the team, but these are not ordinary times.

Consult with legal counsel, your HR advisor, and your benefits administrators as needed to weigh all of your options and make the best choice during this uncertain time.