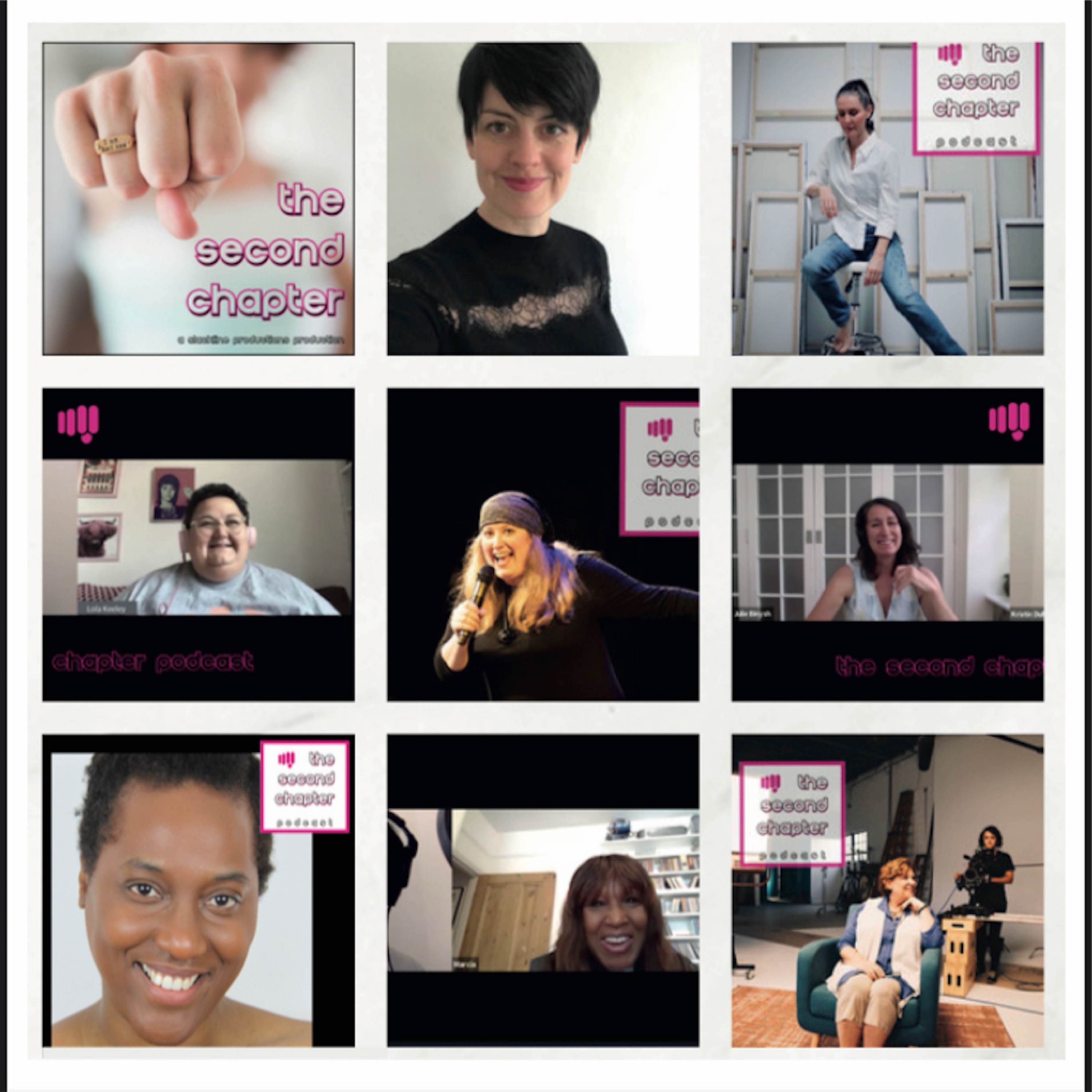 This short bonus episode is a re-cap of where we’ve been so far and a preview of what's to come for Season 3.

A great episode if you haven't listened yet (what are you waiting for?!) and are wondering where to start!

All the love to you- and we look forward to being back in your ears on 11th May for Season 3.

Subscribe, review and share The Second Chapter- wherever you listen to your favourite podcasts or on podchaser.com

- For transcript, go to thesecondchapterpodcast.com

- If you like what we do, buy us a coffee! https://ko-fi.com/thesecondchapter

On The Second Chapter, founder of Slackline Productions, Kristin Duffy, chats with women who started the second (or third… or fifth!) chapter in their careers and lives, after 35. You’ll find inspiring stories, have a few laughs, and maybe even be motivated to turn the page on your own second chapter!

Of course we’d love to hear what you think- and if you love the show, please leave us a 5-star rating and review on podchaser or Apple podcasts.

This short bonus episode is a re-cap of where we’ve been so far, a look at where The Second Chapter is going and a big fat THANK YOU for listening.

In our first two seasons, across 20 episodes I’ve had the pleasure of chatting with 17 different women, all over 35, who have made some incredible life choices. There was Julie Binysh on our first ever episode, who started as a sex therapist, but became an actor in her 40s.

Julie: You know, obviously her needing quite a lot of extra care... there was no way I could've thought about acting for all that time. I just couldn't. And then were older, you know, they were not needing so much of me. I plucked up my courage and I went along to my local theatre and I auditioned for a local production.

Kristin: Julie is warm and funny and well worth a listen if you haven’t already. I spoke with London Tube driver, Lola Keeley, who suffered from depression after spending so much time alone and underground, and who eventually emerged into the light as a novelist and TV writer.

Lola: I guess for all I've joked about, you know, not planning and stuff (laughs)I think people still think of change as scary. I think we're kind of programmed to. But honestly, it's rarely as impossible as it looks. You can effectively throw things in the air and see where they land. And it won't always be easy, but I think sometimes need a nudge from somewhere and if that comes from hearing some random person say it, then... we do only get one life, like you said, and if there's something you're just dying to try, then if you can make it happen just absolutely go for it.

Kristin: Melissa Davey showed us it’s never too late when she discussed leaving her job at a traditional retirement age of 65, only to become a filmmaker.

Melissa: Why did you leave a corporate job and become a filmmaker? This is amazing! Tell me how that worked! And then they got into their fears about aging and they got into their experiences and dealing with grandmother or other elder women that they knew. They feel that if they didn't hear women's stories, that they would lose a lot of information that they could use now and hang onto as they got older.

Kristin: And more recently, we got to hear from Laura Garwin, who went from scientist to professional trumpeter, Lynn Keddie who went from high-end glossy magazine publisher to artist and garden photographer and Shelley F. Knight whose mission is to make grief something that we’re more comfortable talking about.

Shelley: Grief has changed over the years because, you know, back in the day we used to have dying loved ones at home around us and we'd tend to them. There wasn't a fear around death, there was almost an honour. I think- maybe it was in the last century- we're seeing hospices and hospitals and we've given our loved ones to, like, a clinical setting and medical advancements and things like that so we can prolong death almost. So like having a clinical death instead of an actual death. There's so much change and with that, we grieve differently.

Kristin: Hopefully you’ve had the chance to listen to all of our episodes- but if not, these are just a few of the fantastic stories we’ve heard- get listening!

And we’re starting next season with a bang- or actually- a song. Singer-songwriter Lora Kelley is joining me and treating us to a private mini-concert that I can’t wait to share with you. We also have The Second Chapter giveaways, more stories of women who have changed their lives after 35, and some experts with some tips if you’re going through or considering your own career or life changes.

I’d like to give a shoutout to a couple of other brilliant podcasts as well because I’ve been amazed by the supportive community of really great hosts and their shows. If you can’t get enough of empowering stories of change a bit later in life, I can recommend the Creativity Found podcast- Conversations with creatives who found or refound their creativity as adults. And for more uplifting of women’s voices, The Pod Broads- a show featuring women in podcasting (there are a lot of us, but somehow the men are still making most l of the money and are 2/3 of the hosts on major networks. Host Alexandra wants to change that! And if The Second Chapter isn’t enough and you want to hear more from me, I’m the first guest ever on Footprints, a new podcast by my lovely friend Bradley, releasing 22nd April. He talks important issues, but also highlights music a few other surprises. so have a listen

AND FINALLY, thank you. The show is growing and I wouldn’t be anywhere without you, the listeners. I’d love to hear from you personally, so send me an email or a message on thesecondchapterpodcast.com/ Let me know if you’d be a great guest. Tell me who I should talk to next. Send your feedback- or just say hi. And, as always, tell a friend about The Second Chapter. We’re not like those big major network podcasts with massive marketing budgets, so your word of mouth is the very best way to get people listening and hearing WOMEN’S STORIES!!

All the love to you- and I look forward to being back in your ears on 11th May!!

Leave us a rating or review!