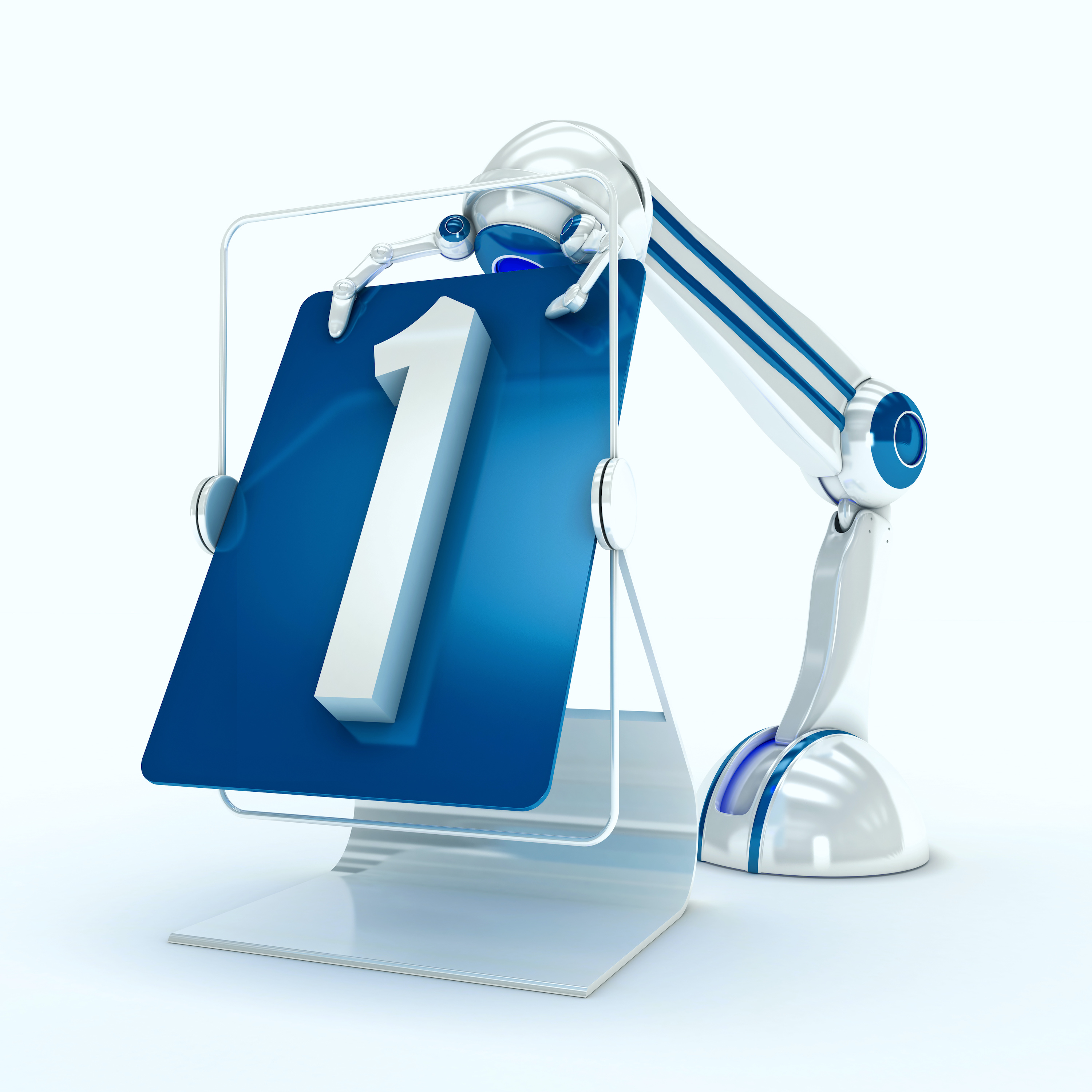 Steven Lopez is going to chronicle his transition into the San Antonio, Texas personal injury law practice at Hill Law Firm. At recording, he has been at the firm about 3 weeks and will join a few times to discuss. Join Steven and feel free to send us questions.

Justin Hill: Welcome to Hill Law Firm cases, a podcast discussing real-world cases handled by Justin Hill and the Hill Law Firm. For confidentiality reasons, names and amounts of any settlements have been removed. However, the facts are real and these are the cases we handle on a day-to-day basis.

Welcome to this episode of the Hill Law Firm podcast. Today, my guest is a previous guest. This is the first repeat guest on the Hill Law Firm podcast section. Now he's a member of the law firm. Steven works with us, so this is going to be meet the team and also get caught up on what Steven's doing and what he thinks and what he plans to do here. Thanks, Steven. Welcome.

Steven Lopez: Awesome. Thanks. Happy to be here. Happy to make history.

Justin: As a perk here, I have provided Steven a margarita that he's going to have later and I also provided myself to get a little bit about what's going on here. We've got a Q&A with you talking a little bit about where you're from. We put it on our website a blog post with a Q&A, more information on who you are as a background. I don't want to cover that, but I want to talk to you a little bit about your time here. You're in your seventh year as an attorney.

Justin: In our world, the seventh year is the most marketable year for a lawyer. Five to eight-year lawyers are the most sought after. I got you at the peak of your career-

Steven: Sure. Well, I met all the staff, got situated during that first week, and really what was really outstanding to me was the relationship that everybody seems to have here. It's a very small firm and everybody just talks to each other like normal people. You can tell that the staff feel respected and feel that their input's worthy and that people listen to them. There's not really a hierarchy, a boss-employee vibe that I got when I got here. It was very warm from all levels, from the top down. It's a flat aces and just dove in. I got a lot of interesting cases with some really hurt people that I was able to meet and talk to and get involved right from day one. For me, that's the most rewarding part is meeting our clients and getting to work on some interesting cases.

Justin: Our law firm is unique. I tell everybody that we meet and part of what we say on our website is you're going to get a whole bunch of individualized attention. We're very intensely focused on the cases and clients, and that's together, which is going to be exciting and fun.

Steven: Yes, which is great. It's always good to know that you've got someone in your corner, someone that's also familiar with the facts and the legal issues in your case and you're just not on an island out there fighting by yourself because 9 times out of 10, the defense firms and insurance companies have a whole squad of lawyers that are pitted against you. It just feels good to have a strong team and somebody in your corner.

Justin: You got involved and you got caught up on our file system, you got caught up on our document management system, our phones, our computers, all that. You did that on the weekend, on your own time as you were transitioning over here. One of the things that I've asked you to take a lead or role in to get some of the stuff off of my plate, honestly, is intake. You're going to be working with Josh, and I guess anybody who's been involved with my law firm or represented by my law firm knows Josh.

You and him are going to be working on handling and making sure that everybody who calls our law firm with a potential new case gets really good service, gets a really good answer. If it's a case that we can and do handle, you'll be the ones talking to them about that. Talk to me a little bit about what intake has been so far, and are you learning anything, or is it just process you're learning at this point?

Steven: Well, first I had to learn the process. Josh is really good about following up with people, getting all the information that we need, but more often than not people that call our firm want to speak to an attorney and get an attorney's opinion on their case or just to see if we're able to bring them on as a client. That's been eyeopening. Just the variety of cases that we get has been really interesting to me. I enjoy that part. I enjoy talking to people even if the case isn't right for us or it's something that we don't handle. I try to point them in the right direction, whether that's to attorneys that are registered with San Antonio Bar Association or colleagues that we have around town that might be able to handle a case. For me, it's listening to people acknowledging their situation. A lot of times people just want to talk and talk about their situation and give themselves the peace of mind that they have spoken to an attorney.

Speaking of it, let's talk about your docket in general terms. You've got the texting and driving 18-wheeler case. You got a hit and run 18-wheeler case. You've got a pretty and nasty dog bite where a lady was just walking down the street with her own dog and the neighbor's dog chased them down the block, and she ends up having a knee surgery. What are some of the other cases you're working on?

Steven: We know that dog bite case was pretty interesting. There's an unfortunate case where a child was killed with a handgun that was left out. That's been a pretty heavy case that we jumped on very quickly recently. That's been taking up a lot of my time, just trying to research that, talk to the family.

Justin: Where a gun owner allowed a loaded gun to be left out around a child and the child somehow discharged it and killed themselves. It's a tragic, terrible situation.

Steven: It is. In that situation, you want to do a good job on the case, but you also want to do a good job developing that relationship with a grieving mother. She's also going through some things in her personal life right now where she just needs a friend and needs an ear. I was happy to be there and happy to at least listen to her while we're getting her case going. We've moved pretty fast on that one. It just makes me proud to be at a firm that moves fast and works a case hard and fast, and we're in it and we're fighting already.

Justin: I think it leads you as an attorney or any professional to do a better job when you feel personally invested in a case, personally involved with a client and you understand their story. It's not a piece of paper. It's not a number on a sheet. You know her. You know her story. You know the terrible consequences and what she's going through. Now you're helping her get through it as not only a lawyer but a counselor. I think we do a better job. I think it's part of what sets us apart and part of why we keep a small docket so that we can do that. You've got a real big variety. Some truck wreck cases. You've got some car wreck cases too. You got a dog attack. Ownership and maintenance of a firearm, essentially, is what that is. Anything else you're working on?

Steven: It's all in that general ballpark in that variety.

Justin: You've handled some intakes on weekends and you've handled some at night. Running a small firm is a lot more time-intensive, I think, than not running a small firm where you have a ton of staff. I really enjoy it. So far, it seems like you really like what we do and you're getting on board with the way we do it, which has made me very happy because you never know. You and I have been friends for a long time, but you never know how that relationship is going to be, whether there's going to be pride or ego or any of that. I really appreciate the fact that you've stepped in and just said, "We've got a job to do. Let's do a good job for these people." I appreciate it. Anything upcoming that you're looking forward to, any big depos, any doctors or defendant depositions that you got coming up or any hearings?

Steven: We've got depo sets on the texting 18-wheeler case coming up in September. Several fact witness depos, there's another-

Justin: Including the texting trucker, which you and I will arm wrestle on who's going to get to take that one.

Steven: That's interesting. There's also an interesting dynamic. There's another firm representing another plaintiff. Just to get involved and to watch the defense bar with those attorneys at the other firm has been interesting and educational for me just to see how that's developing.

Justin: Fly on the wall.

Steven: Yes. It's been great.

Justin: I've butted heads with the co-plaintiff on one of your cases already. There's a little bit of that that's going to go around. As you move forward, I'm hoping to have your docket at about 30 or 40 cases, mine at about 30 or 40 cases and we'll move forward. I want to chronicle this a little bit so that people can see what it's like onboarding into a new firm, becoming an injury lawyer in a firm with such a diverse practice, which we have, which is something that I take a lot of pride in because I get really interested in new things. I think you will too. Let's just keep this up.

Steven: Yes, it's been great for me. Like I said, my docket's a variety of cases. Nothing is routine here, which is great. I also enjoy the research part not only researching the law but researching facts, researching areas of science or engineering that I didn't know anything about before. To me, that's great. Also, keeping the docket small so that we have the time to do that, the time to make every case individual and to not use forums and to not just make it wrote on a day-to-day basis. I'm really enjoying that.

Justin: That's very important. We're going to keep this up. We're going to do another one in a couple of weeks or a month to see how things are going. This will be part one of the series. Maybe Steven's going to start doing a series of his own on this. We'll talk to you soon, and thanks for being here.

Steven: All right. Thank you.