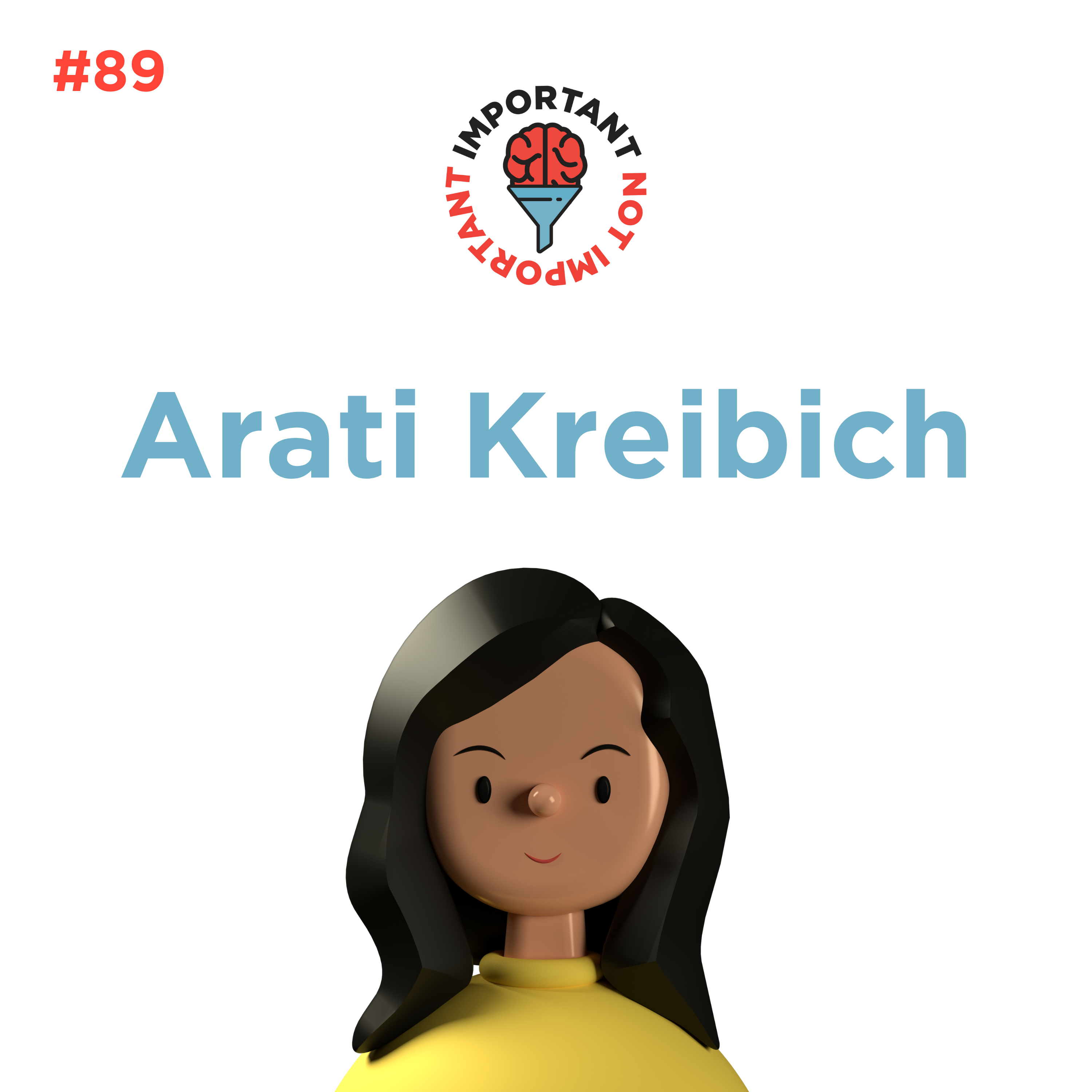 In Episode 89, Quinn & Brian discuss: Taking down the white guy who politically stabbed you (and the planet) in the back.

Our guest is: Dr. Arati Kreibich. She gave us a call a couple weeks back to explain that she’s a freshman Councilmember in Glen Rock, a proud immigrant, a neuroscientist, a mother, and a grassroots organizer who is now running for Congress in New Jersey’s 5th Congressional District, because I GUESS THAT’S WHAT IT’S COME TO.

In the last congressional election, Dr. Kreibich campaigned (a lot) for the current representative, Josh Gottheimer. She saw Josh as an opportunity for the district to move forward, but she’s been disillusioned and disappointed by the decisions he’s made in the name of “bipartisanship.”

So, instead of backing another rich white man who doesn’t actually care, Dr. Kreibich decided to take Gottheimer down herself. WE'RE IN.

New here? Get started with our fan favorite episodes at podcast.importantnotimportant.com.

Important, Not Important is produced by Crate Media