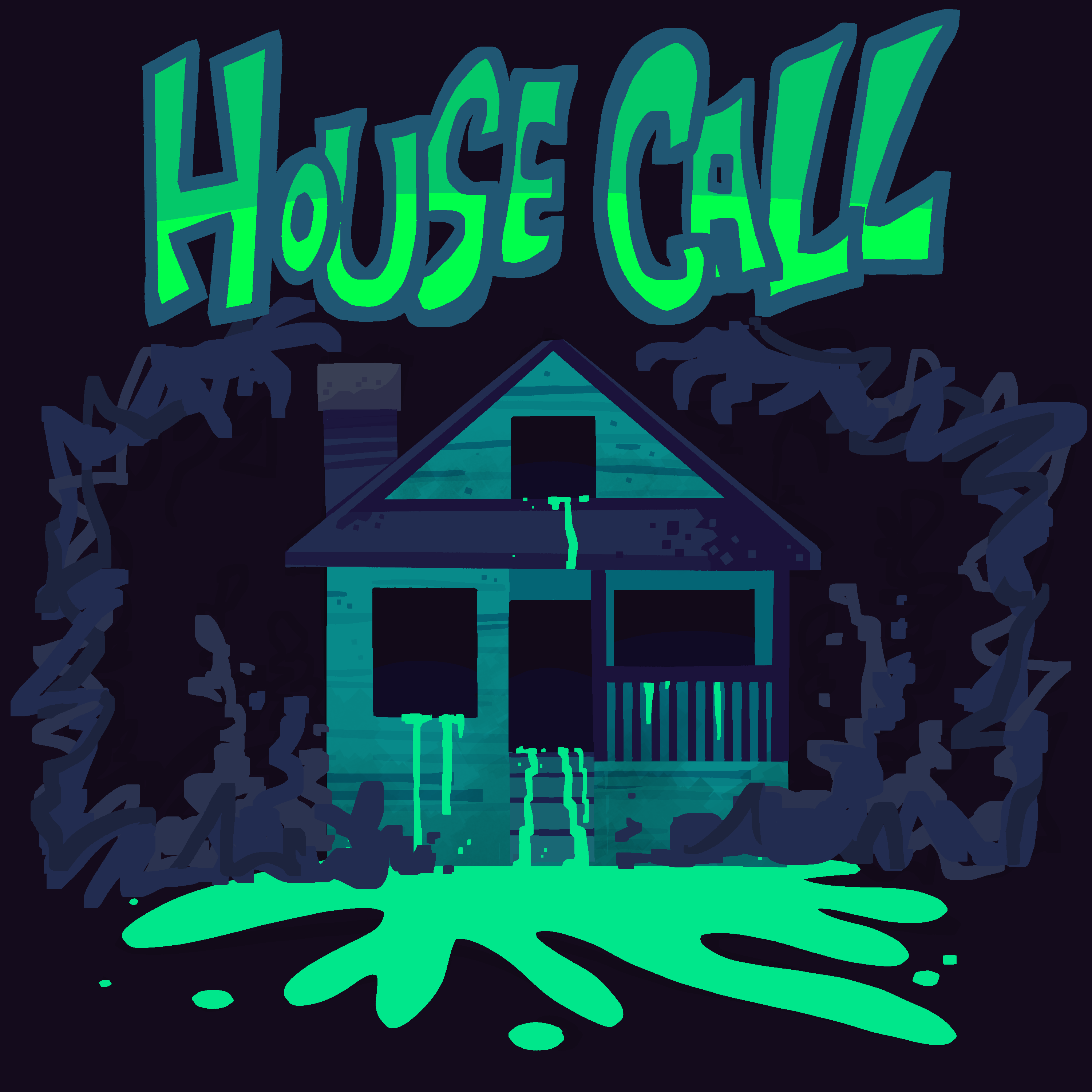 A dehumidifier rumbled in the distance, its few buttons glowing in the near pitch-blackness of the room. Towards the corner was a rapid and consistent clacking of keyboard keys. Pulled up on a browser was music from an obscure rhythm game, allowed to auto-play whatever was in the playlist. The man behind the keyboard subconsciously followed the beat, clicking his tongue to the music.

“The Spirit world is not something branded to so-called ghost hunters and witches. No, it is something accessible to all of us. It is a real concept that our society once had access to. Where deals could be made, angels could be loved, and creatures could roam our world. Why do you think so many recorded sightings of demons and ghosts exist? Especially back in ancient times? It’s the spirit world being open and free!”

Cooper paused for a moment to push his glasses up, then continued with the same speed. At 27 Cooper prided himself on his knowledge of the Internet and conspiracy theories. In his head, he was a truthseeker, a genius even. And that all of his time had to go to honing in his theory and his research. Even at the risk of losing touch with high school friends and befriending coworkers.

“We were all in touch with this second world. But nowadays you have to find tricks and backdoors to it. Which is bull! Why should we have to do all this work for something we are entitled to? Our basic rights? And this leads me to what is keeping us from it. What blocked us from it!!”

Cooper Pataki was his real name. Patchy stubble clung to his face, overgrown yet barely there. He didn’t bother to shave, no point. It always stays this long and only grows back if he cuts it, so why bother? The same went for his sandy brown hair. Say for some stray hairs and a cowlick, his greasy hair curled around his neck just above his shoulders. And instead of cutting the hair to permanently get it out of his face, he would just blow it away.

“When governments grew, so did a sense of power. And so, a growing divide between those in power and civilians grew. And what’s a good way of keeping the people below in check? Keeping them listening to you? Well, by being the only power in this world. Yes, you read this correctly I am proposing that a higher government is locking us away from this world!”

A smirk of pride grew on his face, excitement fueled his rapid typing. Months he had spent on this theory and now he figured was the time to announce it. To gather help, gather more people who would listen to him and see the truth. It all made perfect sense in his mind, and his blog post was going to unite them all.

“They have found a way to gatekeep the spirit world from us. And while the opening is inaccessible to us (that is unless we find a way into the arctic). There are other ways. Creating our own portals, transcending into another reality through meditation and spells, and maybe even some drug combination we haven’t found yet! Though, the last is just wishful thinking. But there’s one that I think can help us. One proven throughout mankind to work and be survivable.

“Trepanation is the drilling or scraping of a hole into the human skull. In ancient times this was used as a medical treatment, though, there is a secondary use for it. You see, trepanning was also used for ridding evil spirits. This would imply an opening is created, a way for people to see all spirits! And this is our way! This is the answer. Though, it is now a taboo in our society- something closer to a torture method- I propose we should bring it back to its primitive method. Well- maybe not primitive.”

He swiveled his seat around, biting his thin bottom lip. Getting up, his vision left him, and a wave of vertigo hit. He stumbled, knocking over a near-empty can of cola to the ground. Cooper steadied himself like always then continued. “Primitive… well rocks seem a bit dangerous I suppose. Maybe something else?” He looked to an old toolbox, coated in a thick layer of dust. A relic from his father, something his dad took great care of before he died. Ignoring the broken cobwebs tickling his hands, he inspected the hammer. “It’d get the job done. Maybe a bit too well, the person's skull might break too much… screw it, I'll figure out something easier.”

He dropped the hammer and wiped his hand on his jacket. He trailed back to his chair, sat down, and deleted his previous sentence. “With the help of medical tools, or maybe even a hammer if you feel equipped, you can create a hole in the head. A way of accessing a brand new world, something we thought was fiction. This could be revolutionary and I want to spread this theory, I want to prove it.

“Humankind can benefit from this connection. We as a society could be healed with methods never used before, everyday life could be improved if these worlds come together and collaborate. A total bond of worlds. So. Will you join me?”

A proud smirk was plastered to his face as he clicked the publish button. Reclining back, he exclaimed, “great job as always, Coop. This calls for a celebratory soda.”

Minutes passed as Cooper rummaged through the fridge for another can of King Cola. Though, eventually the creaking of steps started. Coming down the dingy stairs he hummed to himself one of the rhythm game songs. The night continued like this, with Cooper scrolling through message boards, sipping on his drink, and typing away. His mood was brighter than usual, the excitement of updating his blog still with him. And that was only egged on by some sparse notifications of people replying or liking the post. Each time that happened, he’d jump to the post and look; eyes wide and with a rare light seen from him. Though, this began to change after the post gained traction.

And while Cooper wanted the post to gain attention, this wasn’t what he hoped for. Expected, but not hoped for. The first comment came, then the second, then the third, and so on. All laughing at the idea. They taunted him, calling him sick and an incel. Cooper, in retaliation, responded and defended his idea.

“Sick.” He laughed, “these people wouldn’t know sick if they were in a hospital bed.” His brow furrowed as he typed a follow up.

“Every great has been bashed for theories that turned out to be true. They killed Galileo for his theory and look at astronomy now! Van Gogh was called Crazy now his paintings are in the Louvre! You people are just not opening your minds to my idea. I’m telling you, this is the way. If anything this isn’t that crazy! Lunatics with crazier ideas have been applauded here! but it seems you’d rather believe reptilians exist before spirits.” He scoffed, “I could prove this, you cannot prove God was a UFO!”

With an aggressive click it was published. And so he waited.

Almost immediately, it got a response. Some liked it, though more were egging him on with more insults and more delusions. For two hours Cooper fought back these comments with retorts and edits. Every few minutes he’d have to punch his glasses back up his nose, all to avoid losing precious seconds that could go into typing. Then, by the two and a half hour mark, a message popped up.

“If you’re so passionate, why not do it yourself.”

Cooper paused, watching people like the comment. “Do it myself?” Admittedly, he hadn’t considered trepanizing himself. It’d make a lot of sense, to be fair, but he hadn't realized it was an option. After a couple minutes, he responded. Then, he made a third post.

“After much thought and some second opinions, I decided I will prove this. I will prove my theory by trepanizing myself. And with photos, you will all see that I’m not the sick one.” With a calculated, final click it was decided. Cooper would conduct a surgery on himself.

The playlist ended, leaving him in near silence. The same dehumidifier acted as white noise as Cooper fully processed the decision. “Where the hell am I gonna get that kind of equipment?”

He stood up and paced. “The dark web I suppose… Maybe Amazon? There was that one guy who wanted to be a doctor in high school… I think he hates me though.”

Cooper didn’t have many options, and with a hammer and rock already ruled out he racked his brain for ideas. That’s when a silver glint caught his eye. Next to his desk was a shelving unit. One filled with manga, books, and anime figures. And presented on one of the shelves was a katana. He picked it up and looked at his reflection. “As cool as it’d be… a katana is way too complicated. Then again how close to a scalpel is a katana?” He shrugged, though ended up putting it down. He looked for ideas as he tidied the shelves, straightening volumes and blowing dust off the figures. And as he cleaned off one of his particular favorite figures, the idea struck.

She was a generic anime girl dressed in a doctor's attire. Posed maniacally she stared straight ahead with an evil but marketable grin. She held a drill to her head in one hand and pliers in the other. Cooper’s eyebrows raised as he grabbed the figure. Fixated on the drill his mind began to wander, he began to wonder if his dad’s drill worked