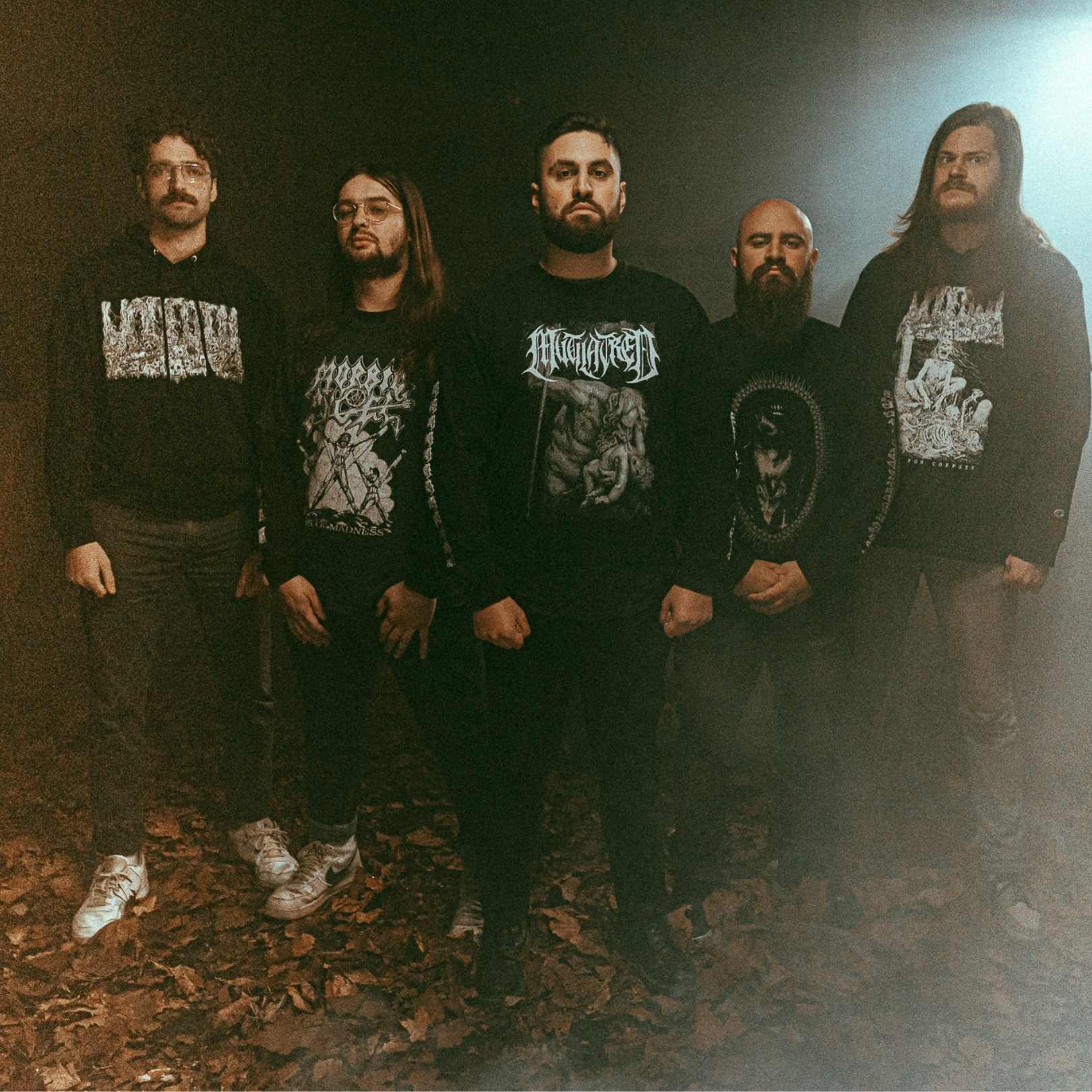 Alexander from Undeath sits down to talk about the bands newest record "It's Time..To Rise." We talk about the longevity of a touring musician playing heavy music, and what it takes to sustain a serious performance even after 25 tour dates in a row.

The dead walk again! New York-based Undeath have returned from their mutilated tomb to horrify and dominate death metal’s insatiable masses once again. Their blessedly sick new album, It’s Time... To Rise from the Grave, shows the reconfigured quintet - Kyle Beam (guitars), Alexander Jones (vocals), Tommy Wall (bass), Jared Welch (guitars) and Matt Browning (drums) - have retained their mind-infecting sonic savagery but weren’t satisfied in their pursuit to improve it through wicked (yet studied) reformulation. Certainly, Undeath’s 2021 Decibel flexi, Diemented Dissection, paved the way, but it’s tracks like “Fiend for Corpses,” “Rise from the Grave,” and “The Funeral Within” that display Undeath’s terrifyingly insane trajectory. It’s Time... To Rise from the Grave isn’t just an early contender for death metal album of 2022 - it’s destined to be a modern-day classic.

Undeath formed in Rochester, New York in 2018, and eager to show their devotion (and chops) to the elder death metal gods, original trio - Beam, Jones, and Browning - charted a course out of the proverbial cemetery the following year with their first offering Demo ‘19. The same year, the ever-quick songwriters dropped their second demo, Sentient Autolysis, in conjunction with Tampa-based indie Caligari Records. Word spread quickly that Undeath were rolling out of the Empire State strong, much like their forefathers in Cannibal Corpse, Immolation, and Mortician infamously had decades earlier. Stoked on Undeath’s bludgeoning yet song-first creativity, Los Angeles-based Prosthetic Records inked the New Yorkers in 2019. The group’s debut album, Lesions of a Different Kind, pyosisified fans and ossified critics mere months later. Pitchfork complimented Lesions of a Different Kind by saying it was “vicious and nauseating,” while Bandcamp were caught up in the album’s “catchy, hard-hitting” songs. Clearly, Undeath’s tightly-wrought, skull-crushing death metal had struck a chord.

“We are all excited about making music,” Jones says. “We’re stoked to be writing together. That’s why when we write, we do it early and often. We’re all students of Autopsy, Morbid Angel, Cannibal Corpse, and Bolt Thrower, to name a few. These bands are our north star. We love the way they approached their songwriting - it was always very hooky. We love classic, essential death metal, but we’re also into the more recent stuff, too. Bands like Fetid and Cerebral Rot. We sit in the middle ground, I think. We take inspiration from the past, the present, and make it our own. We want to serve the genre we love so much.”

Musically, It’s Time... To Rise from the Grave was predominantly written by Beam, with bassist Tommy Wall contributing “Bone Wrought.” Astute listeners will hear vestiges of Morbid Angel, Carcass, Cannibal Corpse and more throughout. This isn’t appropriation though. This is homage. Undeath are resurrecting, re-arranging, and reanimating the aesthetics of death metal’s formative years, suffusing it with a contemporary take on memorability and efficiency. Tracks like “Defiled Again,” “Necrobionics,” “Head Splattered in Seven Ways,” and “Human Chandelier” are quick to kill. Guitarists Beam and Welch waste no time in establishing the knife’s edge, while drummer Browning and bassist Wall hammer-smash faces with brutal proficiency. Beam’s carnage-prone lyrics - as ferociously vociferated by front-man Jones - and Matt Browning’s gruesome cover art provide a profane platform from which Undeath launch. Every short-timed burst of song - they average three and a half minutes - from It’s Time... To Rise from the Grave is a tried and true deathly delight.