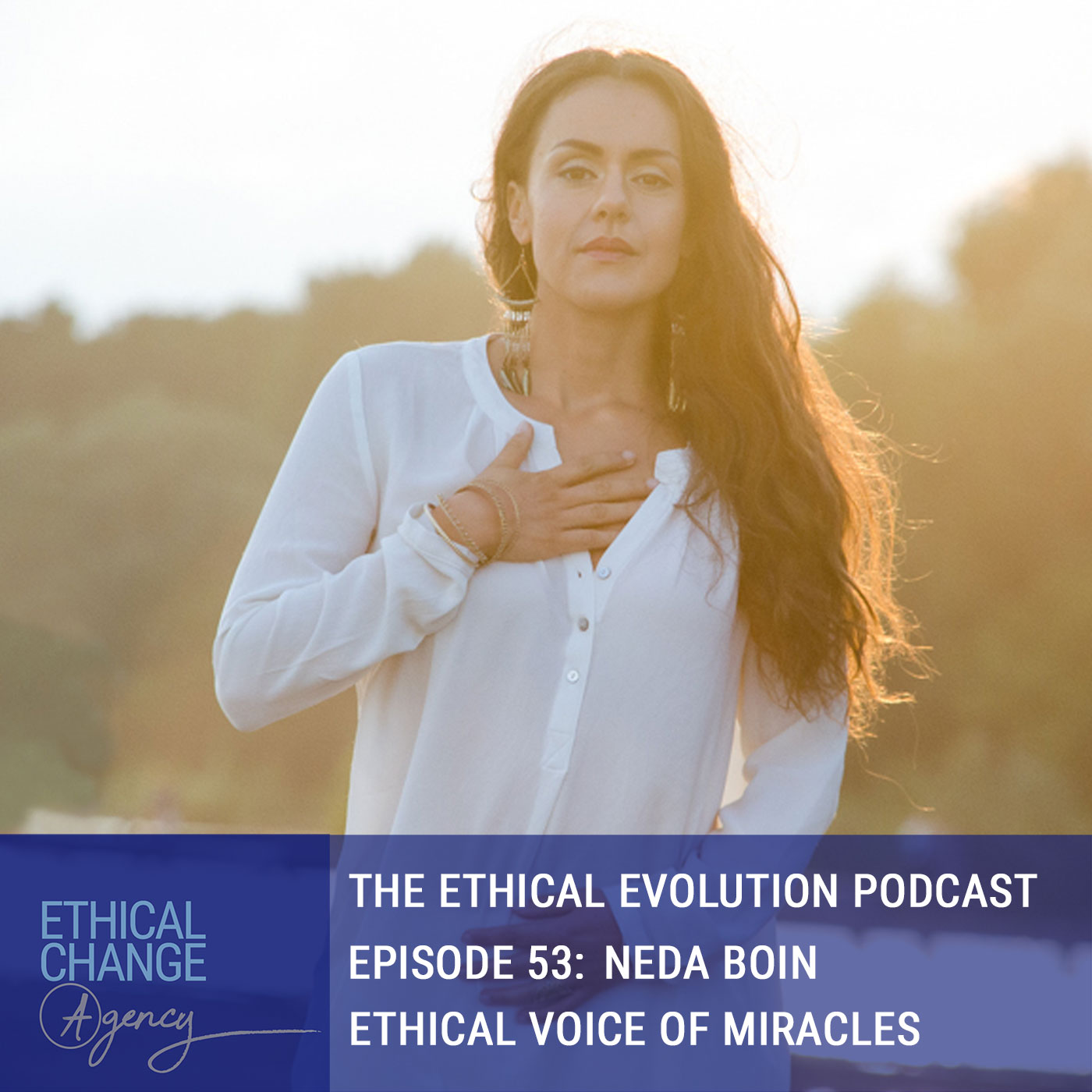 I came across my next guest on Instagram at a time that I really needed her to show up and the series of events that followed from that moment were all thanks to the divine guidance of the universe. When I reached out to her to let her know how her message had reached me as intended, she agreed to be a guest which thrilled me. When she sent me her mini documentary on Youtube, I cried from beginning to end and knew again that we were both exactly where we were meant to be.

Neda Boin is a heart touching singer and songwriter, voice liberator, A Course in Miracles teacher and one amazing human being. Based in The Netherlands, she has been a contestant on The Voice in Holland, making it to the final 8 and has since written an album channelled through spirit based on A Course in Miracles called The Light Has Come. She shares the universal language and power of music through giving songwriting workshops in juvenile prisons in Holland and the USA. Through teaching A Course in Miracles to inmates she has seen those prisoners find their freedom while still being imprisoned.

This is a truly special episode which I hope you enjoy - make sure you stick around to the very end where Neda performs her title track The Light Has Come and I am moved to tears.

Book a call with Bindi Be The Change!