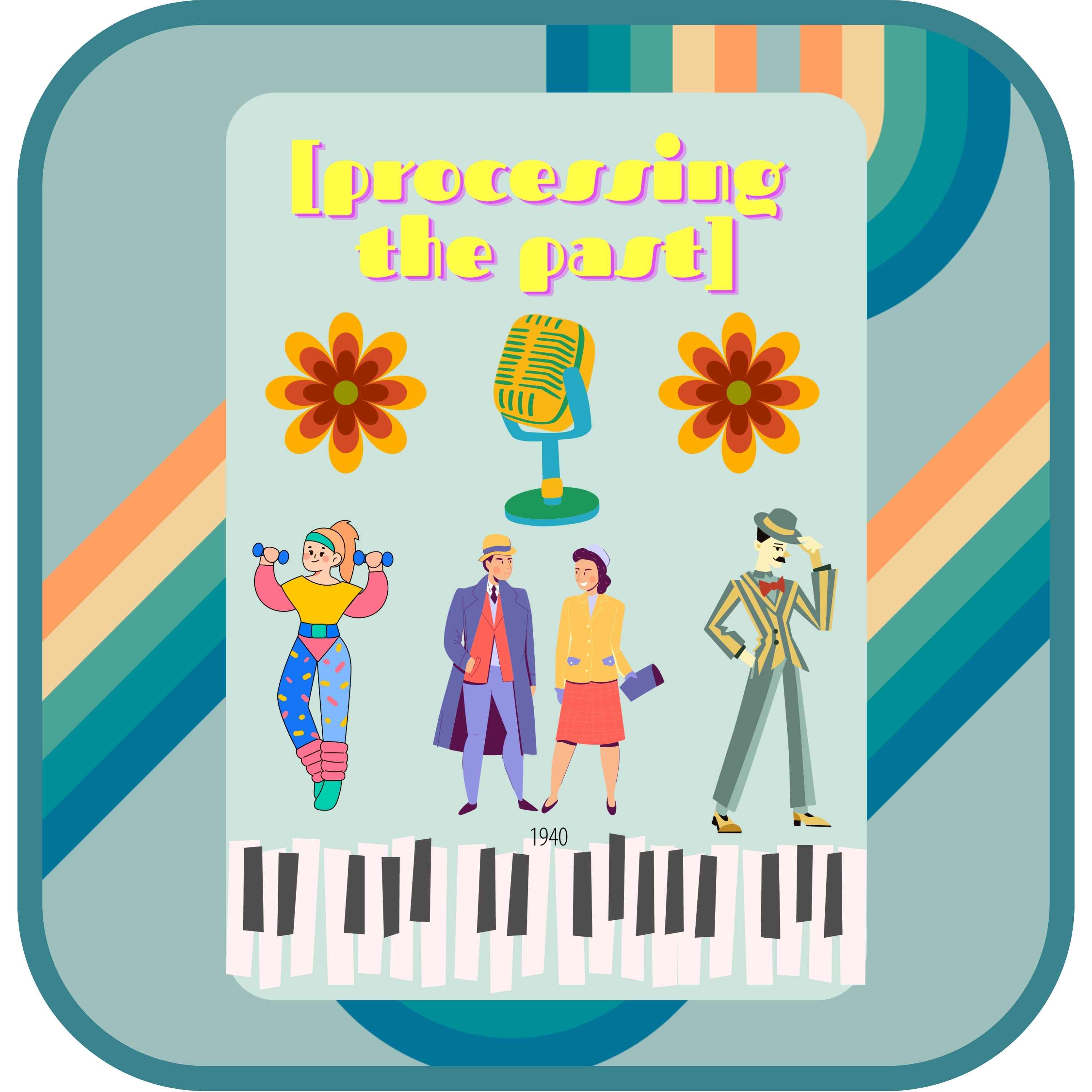 You are listening to Processing the Past, the podcast with your host Isabella.

In this episode of Processing the Past we will discuss: 1950s, and what happened.

-Jazz starts to decline in popularity

-Elvis kind of popped out of nowhere but was an instant hit, especially for the ladies

-The brand Dior did have many pieces that were very popular during this era, that highlighted elegance and extravagance

-And now in certain times and places slacks were acceptable for women to wear, not like before when some were literally jailed for wearing slacks which I will never get. come a long way, and still have more to go but society has improved since the 50s.

-Each decade of art never failed to impress me

-There is one painting that pretty meaningful called “our land”

-Charles White the painter displays a black woman implied to be a slave holding a pitchfork,

-Mind you, this was in the 50s, and as a black artist it could have been really difficult to display this without tons of hate and mixed feelings as well as controversy.

talking about this sort of topic is called “ sharecropper” by Elizabeth Catlett is a black and white stoic-type peice that is very serious but symbolizes slavery and I really admire the artists for doing more meaningful art to share with others.