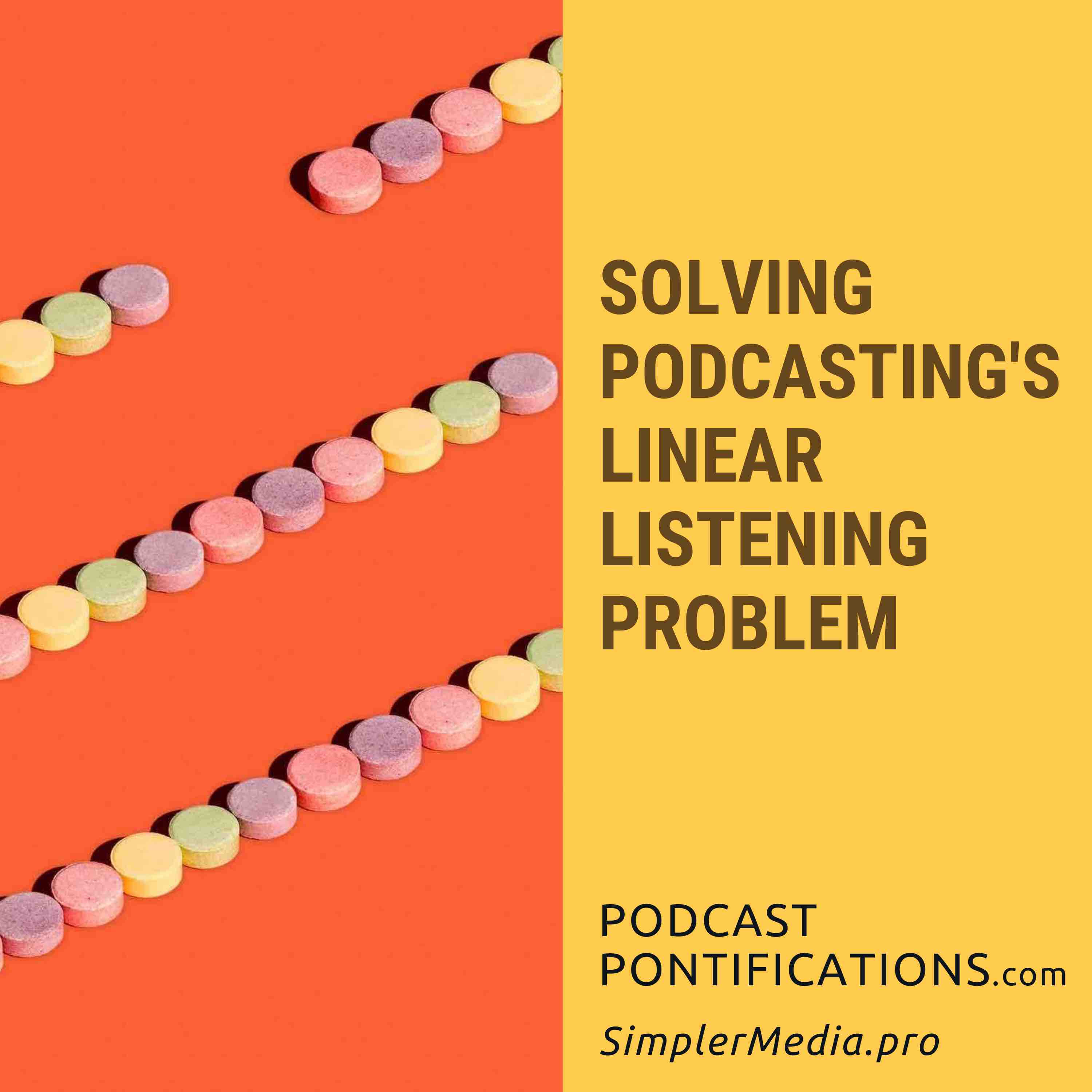 Thanks to an episode of Desert Oracle  I discovered an Arizona-based band called Giant Sand. After making a list of all the people I wanted to yell out for not introducing me to this band when I first arrived in Arizona back in 1997, I was struck by the difference in how music is presented to new listeners in 2020 versus how podcast episodes are presented to the uninitiated.

Rather than presenting me with the most recent track released by the band or making me wade through a list of the ~30lbums they’ve released, the app made it very easy to listen to the very best -- most popular -- tracks from that band. And I loved that.

On the home screen of most podcast apps, they do present podcasts based on popularity. But that’s the entire podcast. Which episode should a person brand new to that podcast start with? And which episode after that?

Imagine a podcast app working more like the music streaming apps. Someone tells you of a new show and you search for that show by name on your listening app. This imaginary helpful app then presents to you the very best episodes of that show for you to listen to first, allowing you to quickly confirm the recommendation given was right for you.

That’s a very different world than we live in today, podcasters.

No, this is not going to work for all types of podcasts. Time-sensitive episodes that cover “the news” or current events like The Daily or Geek News Central have shelf lives that expire in single-digit days. Serial podcasts like Serial or Valence must be presented in order from the first episode.

But this concept is perfect for timeless, evergreen podcast content, Shows like Sleep With Me or The Snooze Button each have favorite or stand-out episodes. For those shows and the vast swath of the podosphere that is also timeless content the forced adherence to linear episode consumption in apps runs counter to what music app developers have figured out.

If you’re thinking of just using download data to determine popularity, there’s a problem. Podcast episode downloads often (usually?) happen automatically, which is why you see a spike in downloads the day your release an episode. Having episodes automatically appear in podcast listening apps or other distribution channels is one of the magic powers of podcasting, and that magic adds noise to our data.

Podcast hosting companies could give us better data, helping identify when an episodes bucks the trend. They could also better report on repeat listening, connections between episodes downloaded by the same unique user, and other insightful data that could help us build truly timeless episodes our listeners want to listen to over and over again.

Podcast apps have actual-play data, giving them great insight into actual listening behavior that could help present the best timeless episode to a brand new listener

Maybe, as we approach the third decade of podcasting, the value of repeat plays and the interconnectivity between episodes will be realized. I’d actually bet money on that, as the much-more-data-savvy app makers now listing podcasts in their apps will force that change.

They’ve solved the problem for music. They’ll solve it for podcasting too.

Read the full article and share with a friend: https://podcastpontifications.com/episode/solving-podcastings-linear-listening-problem

Podcast Pontifications is published by Evo Terra four times a week and is designed to make podcasting better, not just easier.

And if you need a professional in your podcasting corner, please visit SimplerMedia.pro to see how Simpler Media Productions can help you reach your business objectives with podcasting.