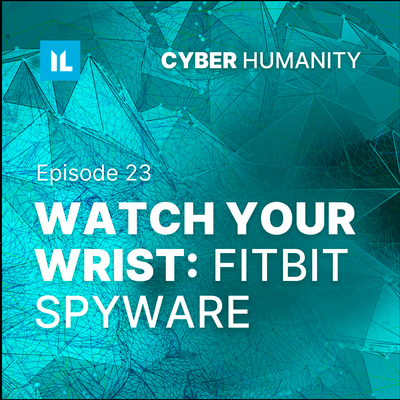 This episode is a little different to normal – and all because Kev went poking around in Fitbit.

Kev, doing what Kev does, found a flaw in the Fitbit App Store that allowed him to deliver a malicious application from fitbit.com. The spyware/stalkerware was capable of stealing everything from location and personal body data to to connection got company networks for a range of malicious actions – and because it was delivered from fitbit.com, it bypassed protections and installed inside the Fitbit app as if it were legitimate. The flaw was reported to Fitbit who have since moved to mitigate it.

In this special edition of Cyber Humanity, we join Chris Pace, Kev Breen and our guest cyber PR Svengali, Anthony D’Alton, to discuss Kev’s findings and their implications from every perspective. If you’re more of a reader than a listener, you can check out this blog post on Kev’s research.