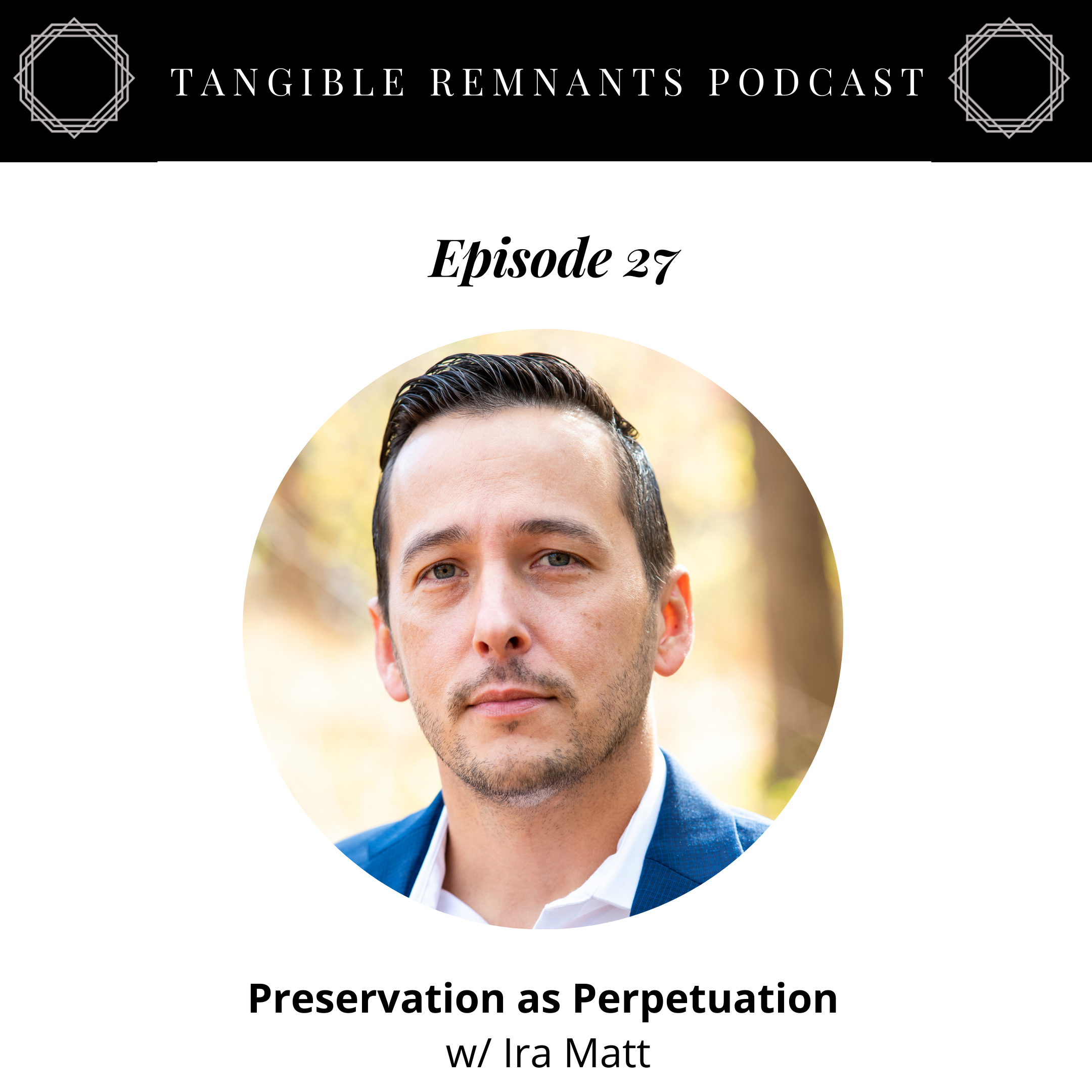 This week's episode features an interview with Ira Matt. Ira is the Director of the Office of Native American Affairs at the Advisory Council on Historic Preservation.

We cover a lot of cultural nuances in the conversation. Ultimately it comes back to compassion. If you're interested in working with any of the tribal nations or curious how to navigate working with people of different backgrounds then this is definitely an episode for you.

Ira Matt has more than 22 years of historic preservation and cultural resources management experience at both the tribal and federal levels. He began working at the ACHP in 2015 as a program analyst in the Office of Federal Agency Programs. In 2018, he moved to ONAA as a senior program analyst, where he led ONAA’s traditional knowledge initiative and co-authored the ACHP’s Early Coordination with Indian Tribes handbook. He also served on several committees of the White House Council on Native American Affairs.

Before joining the ACHP, he worked for the Confederated Salish and Kootenai Tribes for 16 years in varying capacities, including as Tribal Historic Preservation Officer, resource advisor, tribal archaeologist, and as a wildland firefighter. During this time, he regularly worked with the Cultural Committees and Elder Advisory Boards, Tribal Council, and Salish Kootenai College to generate positive outcomes in cultural resource management by implementing historic preservation as a tool to effectuate cultural perpetuation.

Ira Matt’s prior federal experience includes serving as the Federal Preservation Officer/National Archaeologist for the U.S. Department of Agriculture’s Natural Resources Conservation Service and as a tribal affairs specialist for the Department of Energy.

**Some of the links above maybe Amazon affiliate links, which means that if you choose to make a purchase, I will earn a commission. This commission comes at no additional cost to you.**

**This podcast is sponsored by www.Smartsheet4architects.com, a better way to manage architecture projects.**