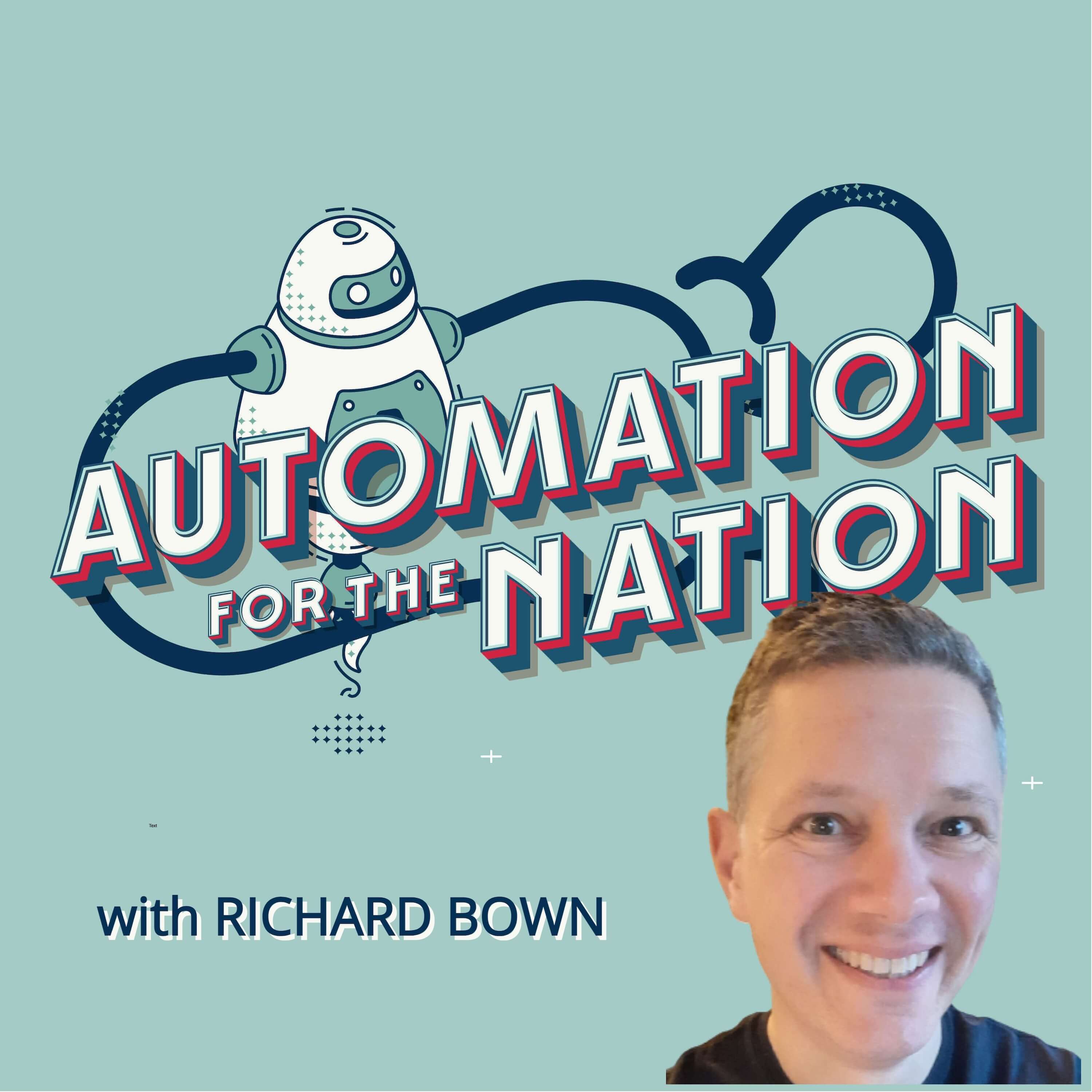 Before you get obsessed with automation it's worth thinking a little about what you're doing to your systems. Do you even need automation yet? In my first ever episode I introduce some concepts to consider in your automations.

This was inspired by some discussions on The Business of Authority podcast around the 'Gravitational Pull of Systems' and how it can be hard not to jump straight into configuration.

Inspired me to start the podcast and also write a short blog on Brittle Systems.

"the more you connect, the more that you're kind of building in your business process to that way of working" RB

"do not automate too soon" RB

Hello, my name is Richard Bown. And this is the first episode of What am I going to call it. I've got two names. I've got one, which is automation for the nation, which is also the name of the book writing currently, and it's a bit of a mouthful. The second name is maybe anyone can automate. But yeah, here's the non named podcast.

First episode, you can tell that I'm kind of winging it. In fact, I just hacked together some kind of microphone baffle, which I'm hoping is going to keep out the noise of the cars that are going past my my window. Anyway, point is, I'm rebooting my career a little bit. I'm a software engineer, always been software engineers, since I was a kid. Before I was getting paid for it, was fiddled around with computers.

So the more that we build these systems, and we connect them, potentially, the more we have something which could screw up further down the line. The reason I'm talking about brittle systems is I was inspired by a webcast. webcast, a podcast I heard this week, Jonathan Stark, and Rochelle Moulton who have their own podcast the business of authority, I recommend you check it out, it's really good.

This week, which was gravity of systems. So as I as I write in the blog, which also link this is something that also directly relate to the brittleness that automation can introduce on the podcast, they talk about the important distinction between the systems you use in your business things which will improve your efficiency and ability to handle customer more customers, for example, as opposed to systems you provide for your customers. Such as I don't know, if you've got a group coaching such as slack, or perhaps a video sharing platform where you share your video after a group coaching session or classes for your membership. Choosing a system can be very confusing for entrepreneurs and businesses of all scales. Big companies will run proof of concepts around as they have money to spend, or, more likely the vendor themselves will just say, here's a free licence, please use it for a few months. And let us know what you think they might even provide professional services support to enable you to get the best out of their products in the best light. That's quite common. But of course, as individual entrepreneurs, we don't get that luxury, we might get a 14 day free trial. For example, I'm trying out ConvertKit right now, which I love. I've tried out drip which I don't love so much. And I'm trying out some other stuff lead pages, I think, which I didn't get very far with. And some of those have free trials, some of them you got to put a credit card on them and then you got to be very careful that you don't get billed etc. But point is it's confusing and it takes time and effort energy to select these systems. So we don't have that much time as entrepreneurs to be able to, to make that happen necessary. We have to take our time to To select us this system, but we don't have the time, ironically, because we want to get out there with our message, we want to spend our time on our business working on our business to better understand what it is that we want to say and who we want to connect with. tool selection is important, we don't always have the time to do it. But think about it. And some other tips that Jonathan and Michelle include in their podcast. Well, along the same lines, you know, tips like don't implement, don't implement a system too early, stay with the manual system to understand what you're doing and to systematise your way of working as much as possible. But that doesn't mean automation, necessarily. Secondly, scale matters. So don't implement a whole system or automation around that, just to serve five people, because the amount of time you're going to spend implementing it way outweighs the amount of time you're going to spend actually doing that work if you just do it manually. This is an obvious one, but it needs to be said still and as buy rather than build. And in fact, I'm on Jonathan's group coaching. And this week in the chat, I admitted that because I'm a developer, the heart I just build stuff in. Okay, so I went on built like all video processing, and also storage and also CDN back end all on AWS, it's not that much work. But it's more work than just buying it from Vimeo and just uploading a video and then embedding it into into our website, the emphasis should be on, buy rather than build always. Okay, that's number three. Number four, choose a platform and commit to it. This is a good point that Jonathan makes, because you will spend some time learning the system, you will spend some time putting your stuff into the system, whatever copying and pasting your copy, and images or whatever, make your automations publishing stuff integrating with the rest of your stuff. But some of you've done that it's a quite a lot of sunk cost, not just in the money that you're paying, but the time that you spent there the investment you made in that tool. So think carefully, implement carefully again, before moving on. Number five. And this is something that Jonathan mentioned in the podcast, particularly, which is around communication of changes, particularly on customer facing systems, so any systems that your customers are using, and that depending on then make sure that you communicate any big changes that you make, or any small changes anything that's going to break it potentially. One more thing I wanted to add to this list is around the brittleness. It's, it's really about the build up of automations, the build up of connections that you place between systems, but also things that you put on top of a system things that you create yourself, which may be either like my MBA Excel or Google sheet which extract something from, it's better to focus on the out of the box functionality, the stuff that you are given as part of buying the service or buying the product. So buy out of the box, use out of the box as much as possible. Just to reiterate, one, don't implement a new system too early stick with manual for as long as it's efficient. To scale matters, don't implement a system to serve five people or whatever. Just think before you buy a system. Three, buy rather than build

for commit to a platform once you've chosen it stay there for a while because it's going to be painful to move away. Five, if you make any changes, communicate early, communicate often come up with a plan with any changes that you're going to make which will affect your customers directly if it's systems related. Have a rollback strategy potentially as well. And number six, the what I would add is buy out of the box and use out of the box. Do not automate too soon. Look at the roadmap for the product and try and understand where they're going. Okay, that's enough. My first attempt, I hope is recorded. I think you've probably heard the slack notification notifications coming in. Whilst I was recording. I will sign off and say this is Richard Bown. This is the unnamed podcast but it's something to do with automation.