Kevin Hurley moved from Detroit to

California when he was one year old. He grew up in Anaheim, CA. and attended California State University Fullerton. He married his wife Carol in 1983. They have three children.

Kevin worked in restaurants as

a waiter and worked real estate sales thru college. He started working at an AAMCO Transmission shop in Capistrano Beach, CA form 1981-1997. He opened eight different shops and sold them to partners but kept the best one.

Now twenty-eight years later he has a s 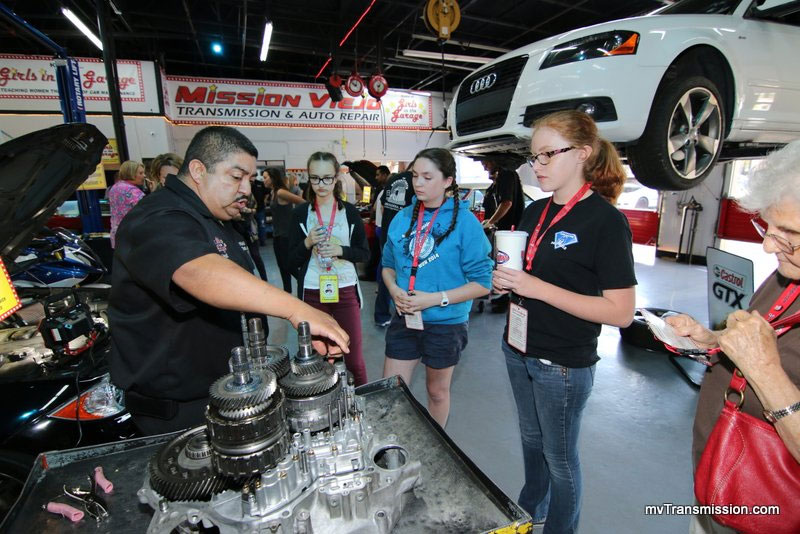 uccessful business, Mission Viejo Transmissions and Auto Repair in Mission Viejo, CA. His work creating “Girls In The Garage” is legendary having been picked up by media outlets and news channels locally and nationally.

YouTube Video from a Girls In The Garage Event