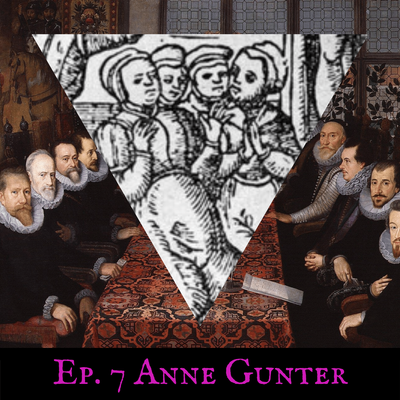 In 1604 Anne Gunter, under extreme pressure from her father, did "feign and counterfeit herself to be bewitched”.

Join Ash & Sarah as they explore this fascinating and well documented case of Demonic Possession in which a slip of a girl hoodwinked the leading London doctors, the Oxford Dons, and even the King. Explore what motivated Anne's Demonic possession and the socio-cultural nature of medical diagnostics in the early 17th century that spanned the natural world and the demonic.

(also Ash makes fun of Sarah for falling down the stairs ...again)