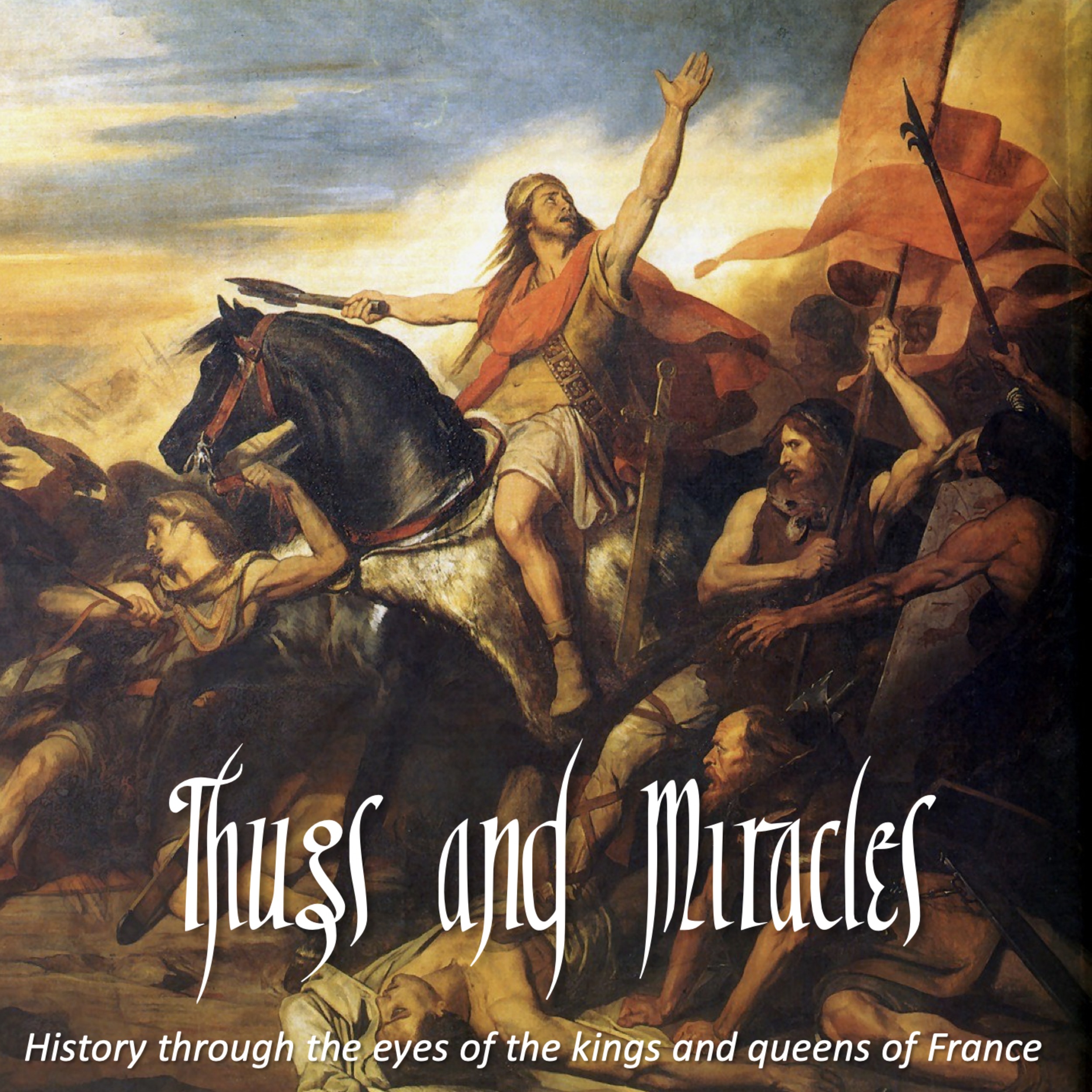 This week we have a special treat - Episode 1 of Thugs & Miracles a podcast by Benjamin Bernier. We handed our feed over to Benjamin, a gifted storyteller who brings you the History of France from the Fall of the Roman Empire to the Fall of the Guillotine:

Welcome to the inaugural episode of Thugs and Miracles! In this first episode of the podcast that looks back at 1,500 years of history through the eyes of the kings and queens of France, we'll set the scene for you. With the Western Roman Empire collapsing and on its way out, a power vacuum developed in the areas that the legions once kept under the control of emperors; now, barbarian kings, many who had ties to the old Empire, are left to fight it out for supremacy. This is the world of 476 CE, the beginning of the Medieval Era, and a time filled with more violence, spirituality and drama than any television show or movie could even hope to capture.

This is a time of long-haired, mystical kings; of queens making power plays in a male-dominated society, and stories of patricide, fratricide, and every other type of -cide possible. It’s the history of court members making power grabs and overthrowing regimes; of deals made to unite religions and compel alliances; and of miracles, saints and relics appearing through the years to change the course of events and make the impossible possible. Professor Paul Freedman may have said it best when he said of these times, “we're into what certainly seems like a combination of thugs and miracles.”

Thugs and Miracles is available on all major podcast platforms and on www.thugsandmiracles.com