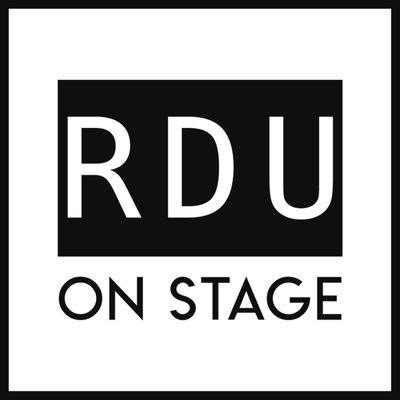 Anyone who has beat out Heart and Soul on the piano, fell in love with the soundtrack to “Sleepless in Seattle” or can remember Ray Charles singing Georgia on My Mind is familiar with Hoagy Carmichael’s music. His song Stardust has been recorded over 2000 times and was selected for inclusion in the National Recording Registry at the Library of Congress in 2004. For the last six years, Carmichael’s son Hoagy Bix, Tony-nominated director Susan H. Schulman, and choreographer Michael Lichtefeld have been developing a new musical featuring songs from Carmichael’s catalog called STARDUST ROAD. Hear what they have to say about that, Hoagy Carmichael's legacy, and more.

To read a transcript of this episode, click here.

Hoagy Bix Carmichael is a film, television, and theatrical producer. He worked as assistant director for Hecht Hill Lancaster of such films as “The Rabbit Trap” (Universal Pictures), “Elmer Gantry” (Columbia Pictures), and ”Separate Tables” (Columbia Pictures). While at WGBH/TV in Boston, he co-produced many productions including “On Being Black,” “The Music Shop” and “The Advocates” for PBS. He was the managing director/producer for “Mister Rogers’ Neighborhood.” Mr. Carmichael co-manages the Hoagy Carmichael music catalog, and was the Artistic Producer of the “Hoagy Carmichael Centennial Celebration.” A founding member of AmSong, Inc., an advocacy organization for American songwriters, Carmichael served as its president for three years. https://www.hoagy.com/

Susan H. Schulman’s Broadway credits include the Tony Award-winning musical THE SECRET GARDEN as well as its highly successful national tour, the revival of SWEENEY TODD at the Circle in the Square, for which she received a Tony Award nomination, the revival of THE SOUND OF MUSIC (Tony nomination for Outstanding Revival) and LITTLE WOMEN, the musical and its successful national tour. For her direction of the highly acclaimed musical VIOLET, winner of The New York Drama Critic’s Circle Award for Best Musical, Schulman received a Drama Desk nomination for Best Director. She received an Obie Award for directing MERRILY WE ROLL ALONG at the York Theatre a production which also received the Lucille Lortel Award for Outstanding Revival, as well as several Outer Critics and Drama Desk nominations. For the prestigious Stratford Festival of Canada, she has directed nine productions and her many regional and national tour productions are SUNSET BOULEVARD with Petula Clark and the premiere of HEARTLAND. Schulman is a member of the executive board of SDC, a graduate of the Yale Drama School, Hofstra University, and New York’s famed High School of Performing Arts.

Michael Lichtefeld choreographed six Broadway musicals including, LITTLE WOMEN, THE SOUND OF MUSIC, THE SECRET GARDEN, GENTLEMEN PREFER BLONDES and LAUGHING ROOM ONLY. He worked off-Broadway choreographing eight musicals and 10 national/international tours. For the Stratford Shakespeare Festival, he choreographed nine musicals and directed/choreographed SOUTH PACIFIC and MY ONE AND ONLY. He has also been nominated for the Drama Desk Award and three outer Critics’ Circle Awards. This summer he will travel to Australia for the 25th Anniversary remount of THE SECRET GARDEN with Susan H. Schulman.

Connect with RDU on Stage