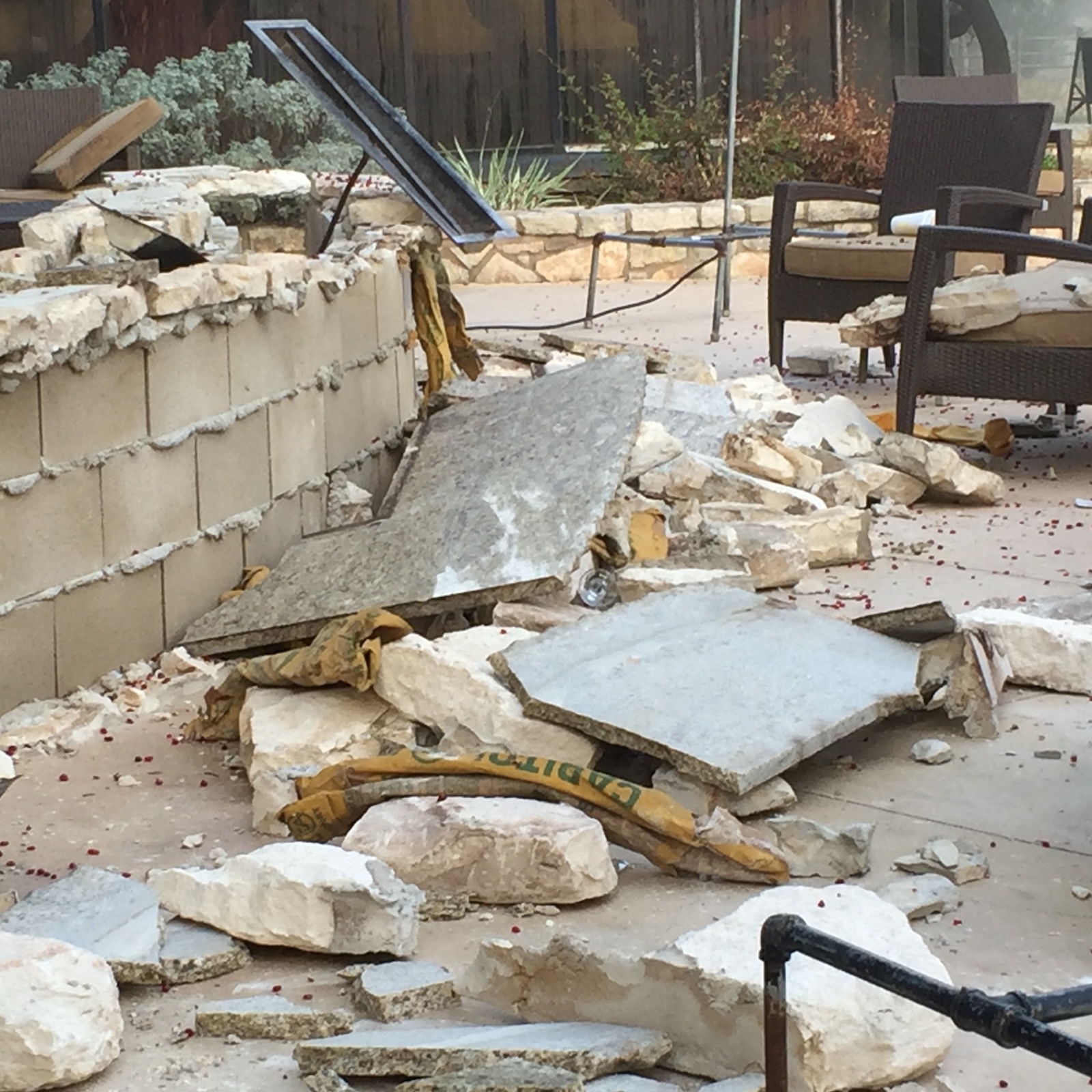 Around 2017, a group of approximately a dozen people were having dinner on a patio just outside of San Antonio, Texas. Suddenly, a fire pit exploded rocked their nights and caused many to suffer serious injuries.

Justin Hill: Welcome to Hill Law Firm Cases, a podcast discussing real-world cases handled by Justin Hill and the Hill Law Firm. For confidentiality reasons, names and amounts of any settlements have been removed. However, the facts are real and these are the cases we handle on a day-to-day basis.

Around 2017, a group of local San Antonians had met at a private establishment. They were going to have dinner with their family, sit around, talk, catch up. They were seated on a patio at a place that required a membership to go to. They were eating dinner. They were having drinks. Their kids were playing out in the grass, when all of the sudden a large explosion rocked the entire area. Some of the people were thrown out of their seats 20 feet in the air.

One of the persons almost lost a toe. Many of them were burned. Most of them suffered closed-head injuries. The defendant, the place where they were, tried to sweep everything under the rug. They told the news that nobody was hurt. They didn't even let the news come to the site. The manager actually was drinking beer while the fire department was still cleaning up.

I represented these people. I represented about 12 of these people, multiple families, some children. Once we got into the case, we found out a few things. One was that this was a homemade fire pit, that somebody had just been asked over a beer to create. Another thing we learned is that the staff members had never really been told how to operate this fire pit and it wasn't very intuitive.

There were lots of valves, lots of piping, some valves controlled different pits than you would think, and what we learned on that night was the person who was operating the pit wasn't trained on how to operate it, didn't seem to know what he was doing and at some point was unable to get one of the burners to light. Instead of ensuring that that burner and that propane was no longer flowing, he put a lid over the top of the burner. What happened then is over a couple hours, propane filled the center of this table. The table became full of propane and then at some point it exploded.

This case went on for almost two years and had a lot of experts involved, including propane experts, experts on how to train employees, and most importantly, experts on mild traumatic brain injuries because now we're in a time post-NFL where people understand that even though maybe somebody doesn't have a very obvious brain injury, concussions over time can lead to a lot of complications. We worked on this case and made sure that all of these people were able to see some of the best professionals in San Antonio regarding their injuries. After a couple of years, this case was able to resolve for what we think was a very fair and favorable settlement for our clients.