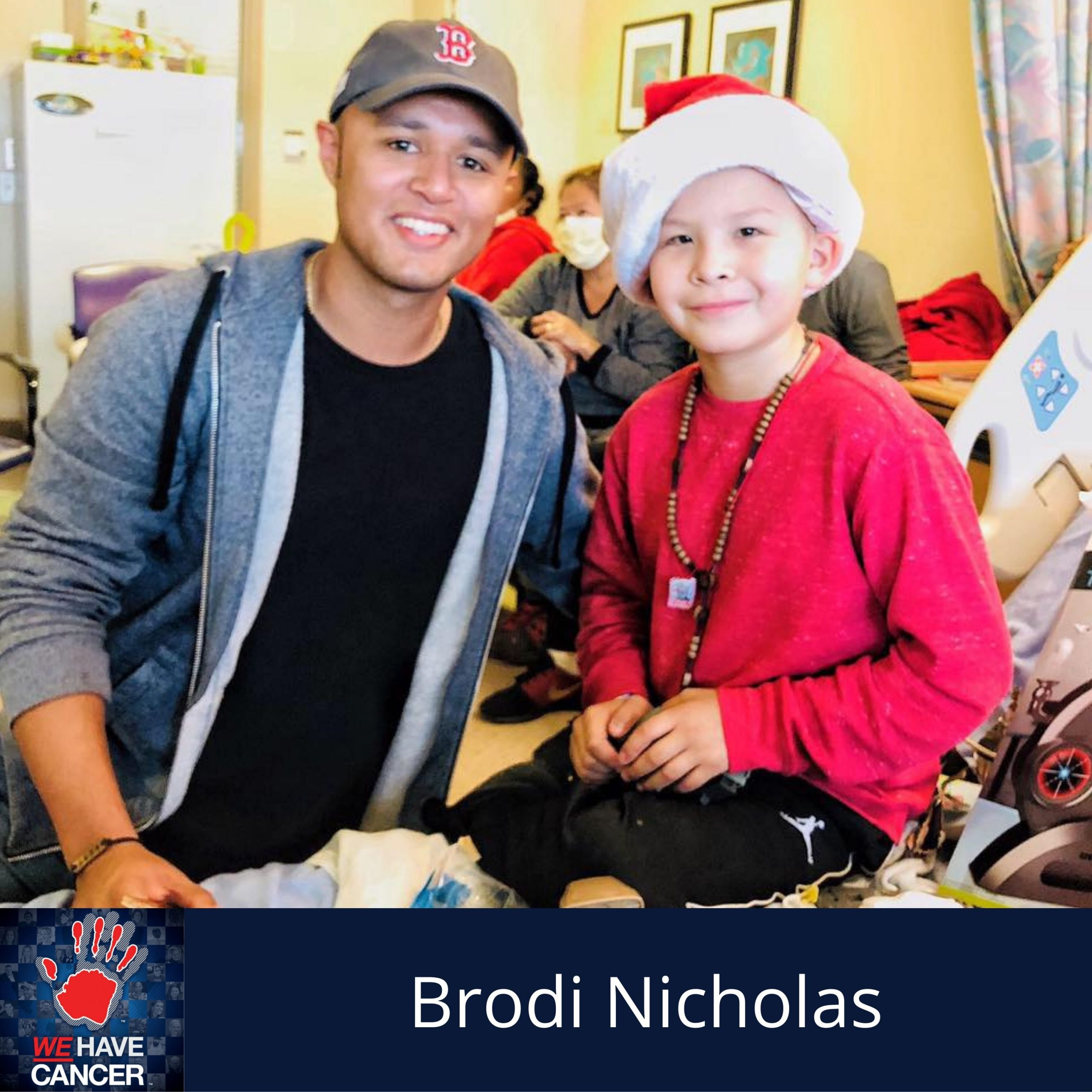 This week on the WE Have Cancer podcast, Lee sits down with Brodi Nicholas, the founder and CEO of One At a Time -- a non-profit charity that helps create positive experiences and fulfills the dreams of children fighting life-threatening illnesses.

Lee and Brodi talk about how it all started with his next-door neighbor, Samantha, and has grown into an international foundation. From beginning with some simple bracelets and helping Sam realize her dreams, to being featured on the Hallmark Channel, helping children all over the United States, and even expanding into the Philippines.

Brodi Nicholas is the founder and CEO of One At a Time, a non-profit charity helping children with life-changing ailments. Brodi started by just helping a next-door neighbor after she was diagnosed with acute lymphocytic leukemia. Since then, it’s grown into a formal 501(c)3 non-profit that helps children and families all over the United States and in the Philippines.

Brodi shares the story of how he found out Sam was diagnosed with acute lymphocytic leukemia and where his journey starts.

With a realization of Sam’s condition, Brodi got to work to try and make things just a little easier for her. With the help of some friends and neighbors, Brodi began creating bracelets to sell at his shows and online to get Sam a new gaming console.

After raising $2,500 for Sam, Brodi wanted to know how else he could help. With dreams of playing the drums, swimming, and riding a bike, Brodi got the work once again, helping Sam realize all of those dreams in very big ways.

After sponsoring Samantha, Brodi wanted to help other children and their families. After two years of cash-in-an-envelope-type of dealings, Brodi made the One At a Time charity official and continues to grow it to this day.

Brodi realized that getting other children involved was a great opportunity. Not only does the extra help benefit everyone but having children involved allows them to see people with disabilities and ailments as just like everyone else.

Brodi talks a bit about how the charity works - sponsoring one kid a month, building awareness of the illness they’re going through, and granting one of their wishes of either a gift or an experience.

With COVID-19 canceling in-person events, One At a Time has pivoted to holding virtual events. That includes teaming up with some characters so the children can have a call from some of their favorite princesses and cartoon characters.

Brodi shares his vision for the charity moving forward, including scaling things up into different countries while still providing a personal touch to each child they sponsor.

Lee saw the foundation on the Hallmark Channel one day. Brodi shares the story of how that came to be and how that moment helped the charity pop off suddenly.