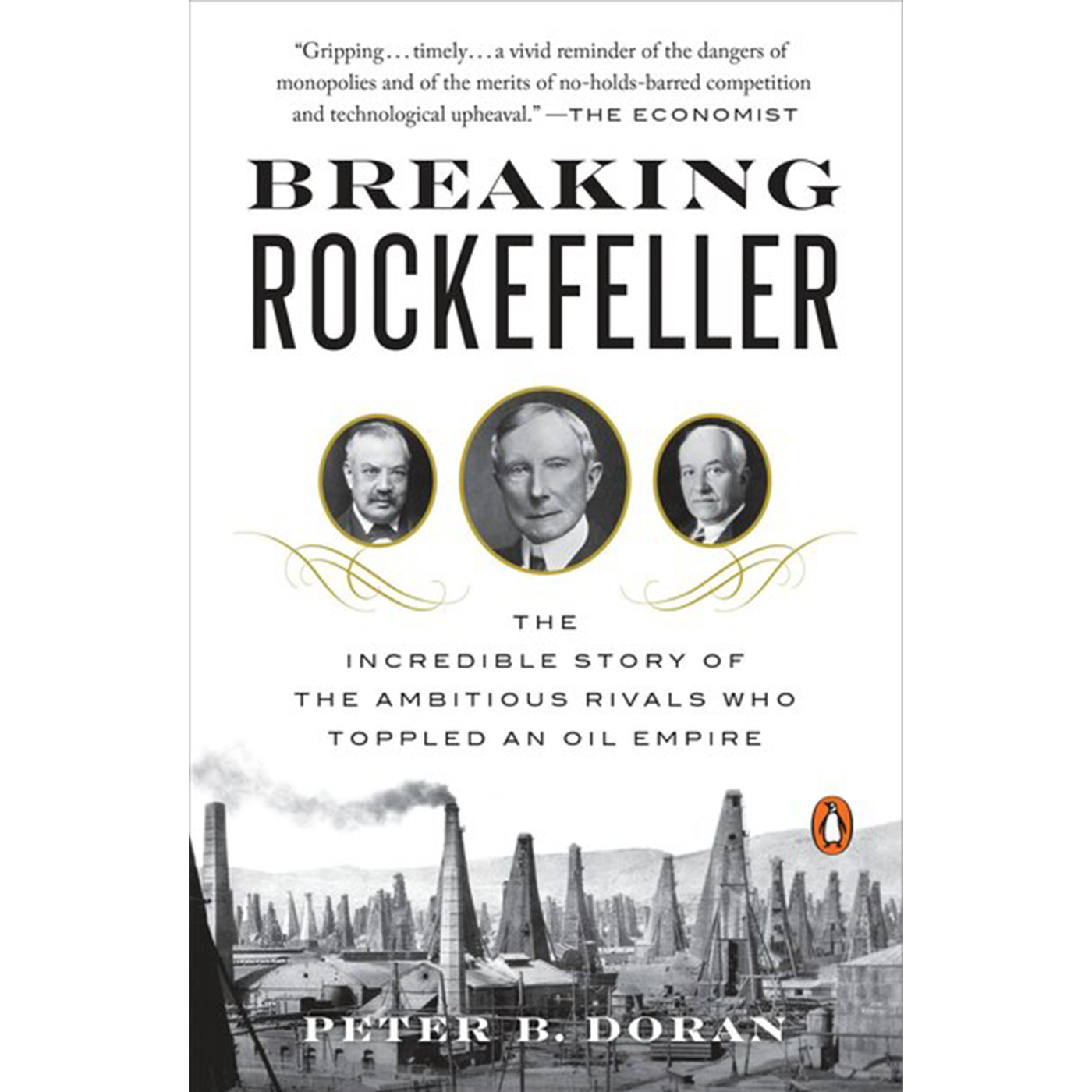 “At the end of the day, money is what was most important to John D. Rockefeller.”

Peter Doran joins the podcast to discuss his book, Breaking Rockefeller: The Incredible Story of the Ambitious Rivals Who Toppled an Oil Empire. Peter’s work takes a deep dive into the growth of the oil industry, how John D. Rockefeller grabbed control and built a worldwide monopoly, the underdogs who joined forces to defeat him, and how greed played a crucial role. The group also examines the issues prompted by the consolidation of capital and the importance of competition in America.