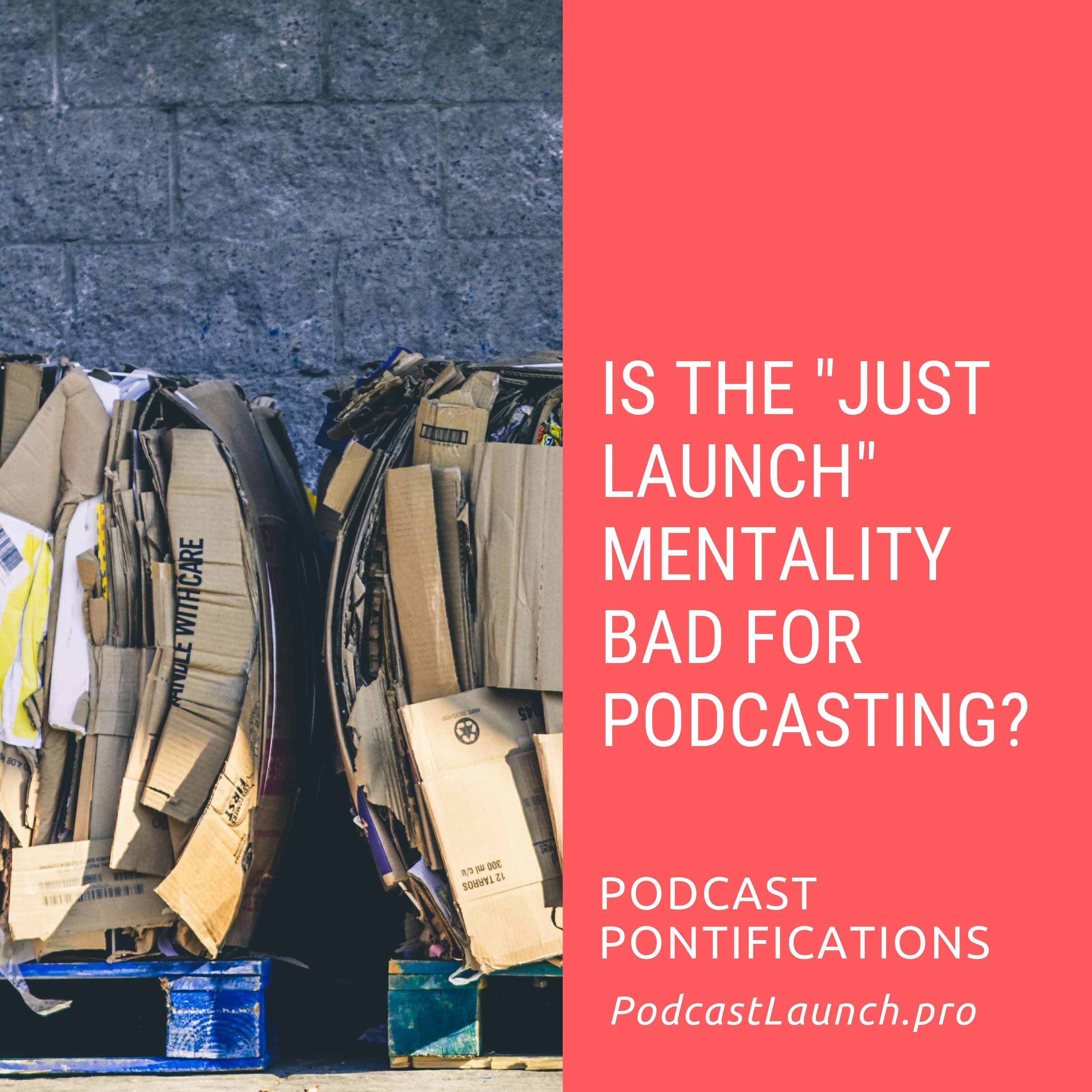 Is The "Just Launch" Mentality Bad For Podcasting? [Episode 68]

Apparently, large tech companies and podcasting have a common foe: A "just launch it!" mentality, that has little (if any) repercussions when that which is released just isn't any good.

Because Sturgeon's Law applies to all things, this isn't a new problem. And I'm not concerned that wave of bad content hinders greater adoption of podcasting.

Instead, this episode is more about me, and the people like in the industry who have either assumed or have been elevated to influential positions.

Do we have an obligation to do something about it? And if so, how can we do it without being a dick?