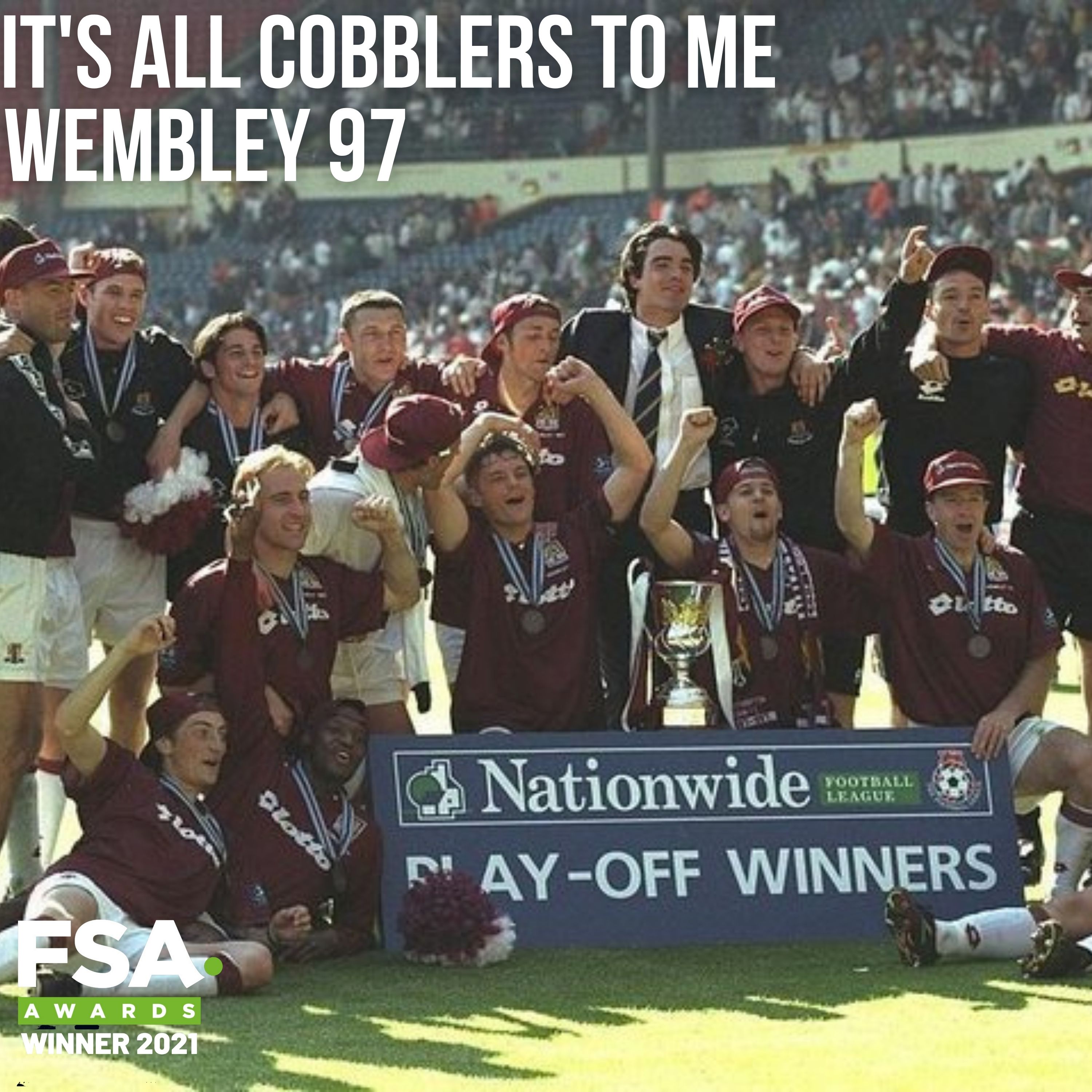 Up first is Ian Clarkson.

Danny and Neil speak to Ian about his move from Stoke City to Sixfields, his teammates and that glorious game at Wembley.

Ian Clarkson played at right back for Ian Atkins' Play Off winning side in 1997, arriving in the summer of 1996 from Division 1 side, Stoke City.

Named player of the year in his first season at Sixfields, Clarkson was an integral member of the team.

In his second season, Clarkson scored in the Play Off semi-final, 2nd leg against Bristol Rovers.