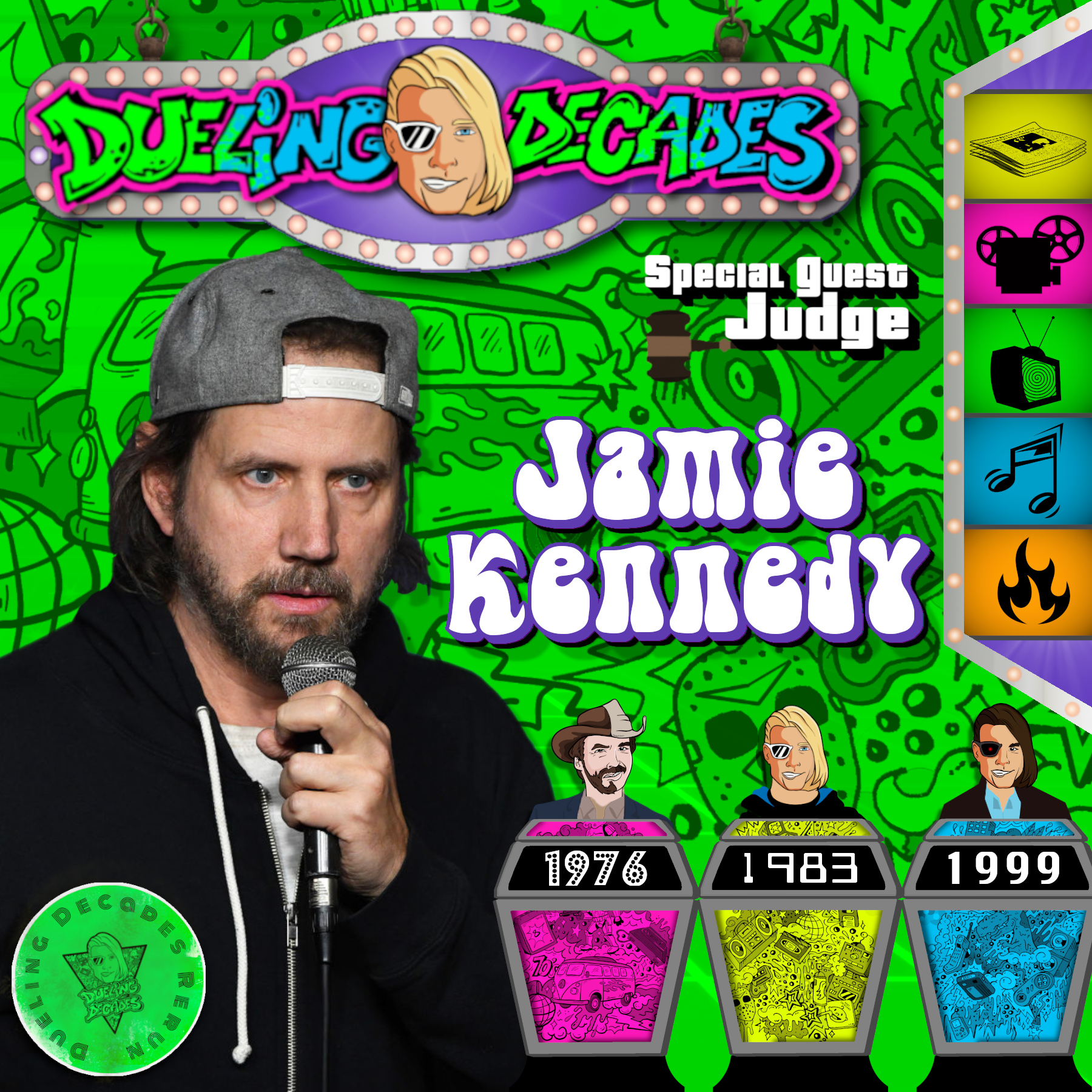 For this week's retro rerun we look to the time where the Dueling Decades crew took a trip down to Malibu and picked up the most wanted judge in Southern California! No.....not Judge Ito. It's the star of such cinematic classics as Scream, Three Kings, Malibu's Most Wanted, and The Jamie Kennedy experience, it's Jamie Kennedy! Fresh off his new stand-up comedy special "Stoopid Smart" on Tubi, Jamie joins us poolside with his gavel in hand to tackle this "worst of" June showdown! We're also excited to welcome back Hysteria 51's Brent Hand! Being the gentleman that he is, Brent brought the very worst of June 1999 along with him. Brent's first opponent is coming off some tough defeats as of late, and he's armed with a plate of turd sandwiches from June 1976, it's Mancrush! But wait, there's more! Marc James is back to make this contest complete, with some disgusting, flat non-alcoholic beer from June 1983. Thanks, Marc!

When Jamie's not chilling at Usher's house, he likes to sit back, and reminisce about the days of old! So here are some of the things you might find in this episode, Jamie will take us back to his childhood, comics that James Gunn suggests, paying your boyfriends way through medical school, stars that enjoy wearing their girlfriend's knickers, more annoying songs, Michael Douglas pulls a power move, a comic love triangle that results in death, Jamie digs Anthony Spinelli's work, the most annoying character in the world, Jamie is a product of Yoda, filthy funeral escapades, BBC, Publisher's Clearinghouse, fists in random places, spelling bees, horrible sequels, Will Smith's biggest blunder, computer viruses, Hollywood rumors, the worst gift to buy your girlfriend, the most honest celebrity in the world, Randy Meeks lives, ass blasters, graboids, and how did Jamie end up doing stand up in the back of a bowling alley? All that, and a bunch more!\

Please don't forget to subscribe and review! Want to share some of your own 1980s & 1990s memories? Join the other thousands of people in our Facebook group and get more original nostalgic content every day! If you're into the 1960s & 1970s, join our other group! Links below: