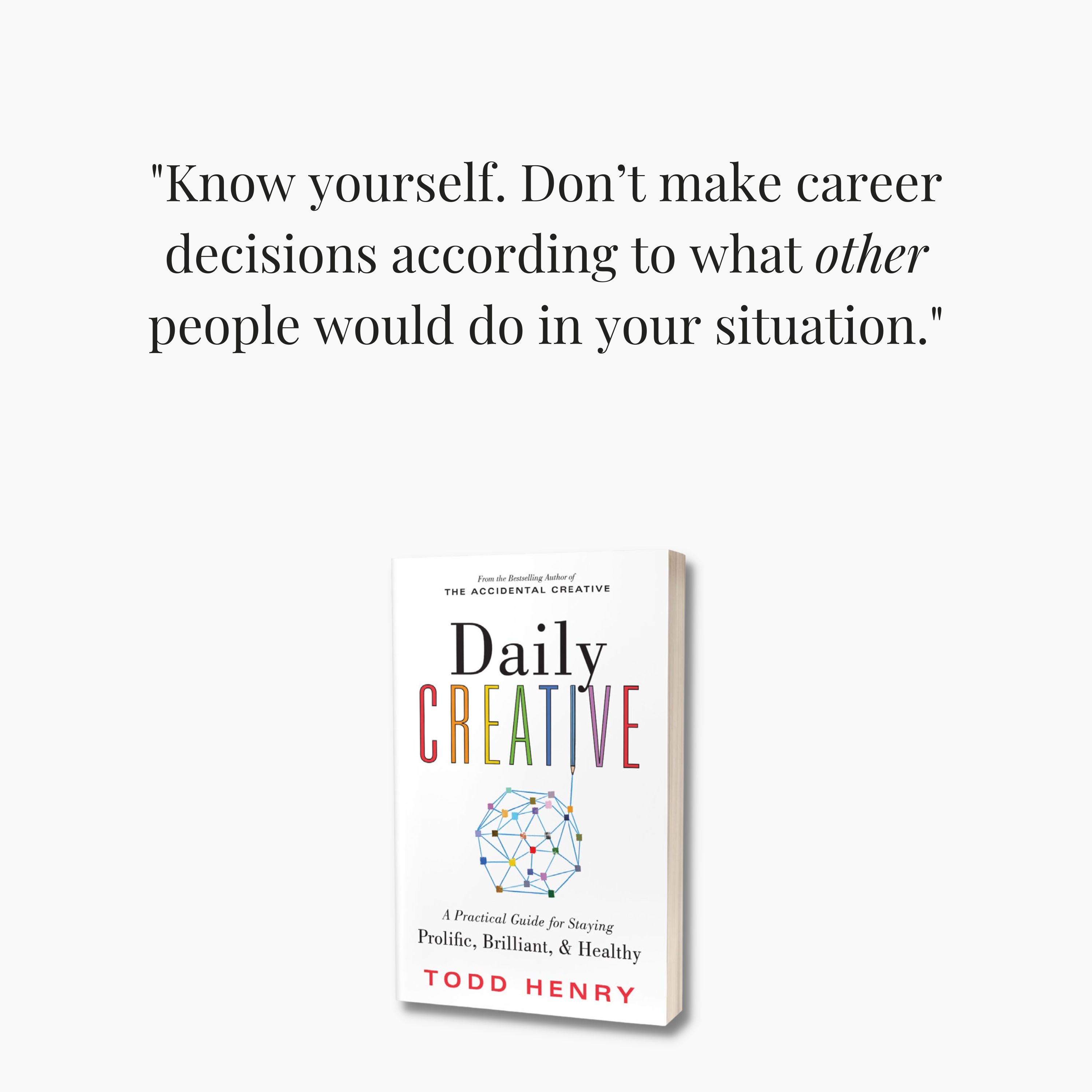 I once had a wonderful conversation with Richard Hytner, who was the former global deputy chairman of advertising great Saatchi and Saatchi. He told me that he spent many years of his professional life striving to climb the ladder and become the person in the organizational spotlight. He wanted to be the CEO of a publicly traded company, because it had become engrained in him that to aspire to any less was unacceptable.

The problem, as Richard conveyed, was that he simply wasn’t wired to be CEO. He thrived as the “number two” in an organization, driv- ing alignment, developing strategy, helping bring the CEO’s vision into being, but he simply wasn’t the right person to be in the spotlight. He learned that it was better to thrive at what you’re wired to do than to aspire to something that others tell you that you should want.

There are many narratives in the marketplace that shape the aspi- rations of creative pros. In the “up or out” ethic of many organizations, you’re deemed unmotivated and unambitious if you don’t aspire to be on top. However, I encourage you to consider that your life and career might be far more productive and enjoyable if you make decisions according to who you are, not according to who others want you to be.

Know yourself. Don’t make career decisions according to what other people would do in your situation.

Are you making any decisions right now because of what is expected of someone in your situation rather than because of who you actually are?