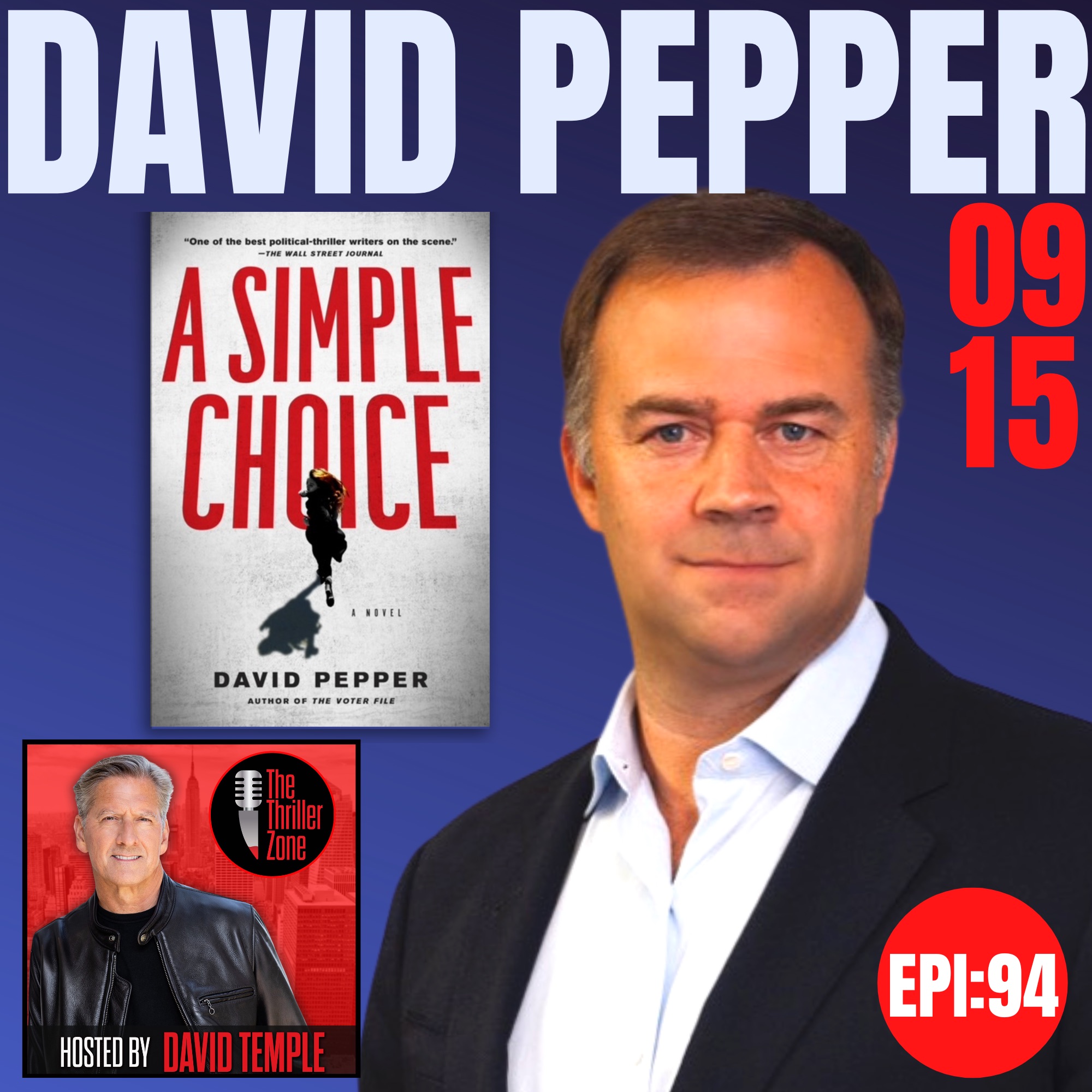 On today's 94th episode of The Thriller Zone, stellar author and political specialist David Pepper joins the show to talk about his latest thriller A Simple Choice.

And I say, come on in, the thrillers are hot and the topics are interesting!

As backstory, David Pepper is the author of The Voter File, The People's House, The Wingman, and Laboratories of Autocracy. he earned his BA from Yale University, and his JF from Yale Law School. He has clerked for a judge on the United States Court of Appeals, served in local elected office in Ohio, worked for major law firms, and taught election and voting rights law. David served as Chair of the Ohio Democratic Party from 2015 to 2021.

To learn more and David, his background, and most importantly his books, visit: DavidPepper.com.

There was a time when I built my own website. Yeah, that worked out really well. Until it didn't. Talking about hassles. Listen, don't do like the "old me" do like the "new me" and hire AuthorBytes.com for your new website.

When I was a kid my Dad only bought Craftsman tools. Why? Because they were dependable, and never broke, but if they did you could return no questions asked. That's Customer Service, built upon Integrity. THAT'S Warwicks.com